August 2020
Written By:
Sara Sobota
Photographs by:
Image credits below 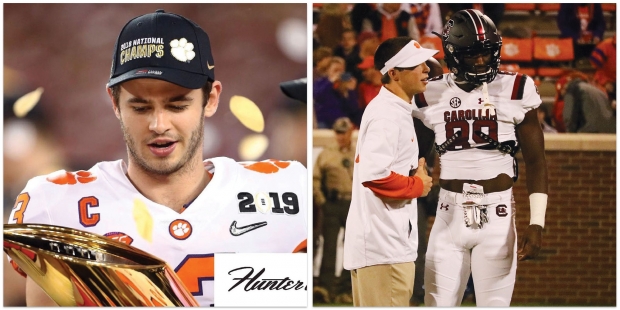 Of all the high school football players in the nation—more than a million, at last count—two from Horry County have earned spots in the NFL. On the same team. In the same position.

When Bryan Edwards was drafted as a wide receiver for the Las Vegas Raiders in April 2020, he became teammates with Hunter Renfrow, who finished his rookie season with the Raiders in 2019. Hailing from Conway High School and the University of South Carolina (USC), Edwards’ college legacy includes the Steve Wadiak Most Valuable Player Award, the Steve Spurrier MVP Award, and the Most Explosive Player award. Renfrow, meanwhile, played for Socastee High School and Clemson University, where he caught the game-winning touchdown pass in the 2017 College Football Playoff National Championship to win the game. He also won the Burlsworth Trophy, awarded to the best FBS college player, who began his career as a walk-on, in 2018.

Is it a coincidence that Edwards and Renfrow hold two spots coveted by millions of young men across the country? Or is it something in the Horry County water?

“When [Edwards] got drafted, Tim texted me: ‘Can you believe we have two Horry County guys on the same team?’ They live 15 miles apart.”

Jordan and Tim Renfrow, who have decades of experience coaching and serving as athletic directors at their respective high schools, agree there’s nothing magic about the athletes’ accomplishments. While Edwards and Renfrow both possess spectacular athletic talent, it takes more than physical ability to play at the highest level of the nation’s most popular sport.

“I’ve had some guys that were probably equally talented as Bryan,” said Jordan, “but Bryan just had all the pieces and checked all the boxes: he was very talented; a great, humble kid; a great student; a strong worker athletically and academically; had a strong mom and dad in the house—he just was the total package.”

Tim Renfrow said Hunter, one of six children in the family, has always made the most of opportunities presented to him, in addition to his athletic talent.

“Even in high school he was one of the smaller kids, but he worked hard, and he was able to climb,” said Tim Renfrow. “When he got to Clemson, he was sort of on the bottom, and he worked his way up. Then he was drafted for the Raiders, and I think Coach Gruden [of the Raiders] saw something in him—he just works hard and goes at it. He’s consistent in what he does, and the Lord has really blessed him and given him a platform, and so he’s taking advantage of it.”

Hunter Renfrow, who played against Edwards in high school when the former was a senior and the latter was a freshman, first met Edwards through his friend Sawyer Jordan (Chuck’s son), when the younger athlete was just in middle school. Edwards was already gaining recognition as an athlete to watch, and the friends spent time at the Renfrow home over the years. When Renfrow and Edwards eventually met up on the field under the lights, Renfrow recalls thinking about Edwards’ game.

“The thing I love about Bryan is he always plays really hard,” said Hunter, “so when I knew I was going up against him, I knew he wasn’t just going to give up on a play; he was going to stick it out, and the effort’s always going to be there. From a receiver standpoint, his body control is unbelievable. He can kind of just go up in the air and keep balanced and catch those 50/50 balls like it’s nothing. And that makes him a good receiver.”

Sawyer and Hunter were watching the NFL 2020 draft from the Renfrow home when Edwards’ name came up.

“We both looked at each other and said, ‘This would be a really good place to take Bryan.’ And we took Bryan! Within a minute of us drafting him, Sawyer had FaceTimed him; we were just pumped up.”

Hunter said his approach to football has always been about having fun and working hard rather than spending time and money to gain the eyes of recruiters and coaches. He emphasized that both he and Edwards chose to stay at their base high schools and build up their programs from within, in addition to remaining in-state and having an impact on their respective college programs.

“I think it’s cool how both of us were heavily recruited, but we just have fun playing the game. We didn’t go out to all these camps and try to play all these AAU games. We just both kind of bloomed where our feet were. We both could have gone to Myrtle Beach High School but both stayed home and made our school great. Conway has a rich tradition, so it made sense for [Edwards], and we both had offers to go to college elsewhere, but we both just stayed in state and went to South Carolina and Clemson; we just try to make it great wherever we are.”

“Wherever they are now,” apparently, is Las Vegas, and these two Horry County athletes will no doubt continue to make their home county proud. 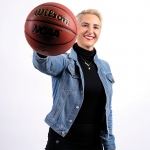