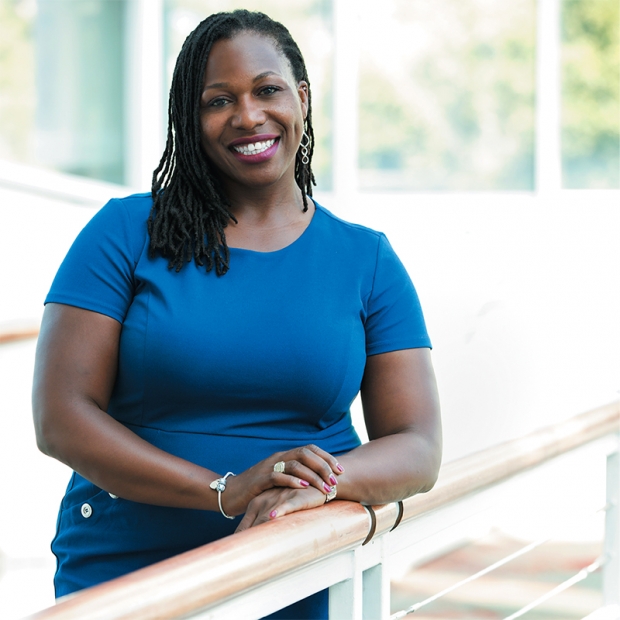 PHOTO: Three-time Olympian Amber Campbell stands as a true inspiration in tenacity. In fact, she was honored as one of this year’s inspiring women, presented by CCU’s Women in Philanthropy and Leadership.

The best athletes in the world don’t just exude strength physically. They can also throw down during any mental combat.

Such is the story behind Amber Campbell’s muscle. She’s one of the best throwers in the world. But the three-time Olympian in the hammer throw didn’t reach that lifetime pinnacle of achievement without her fair share of mental challenges—the most having been thrown upon her at the 2016 Olympic Trials in Eugene, Oregon. It was her third Olympics and, at age 35, she was 10 to 15 years older than her field of competitors.

“I had to deal with all of the interviews leading up to the trials, when they’d constantly ask, ‘So, how does it feel to be the oldest?’ and ‘Do you think it’s a detriment to be the oldest?’” says Campbell. “People were harping on the age thing and I had others in the sport questioning if I should be retired by now … So it was just hard, that mental attack. Working through that and coming out and winning the Olympic trials and setting an Olympic trial record? That felt so …oh, just what a feeling.”

Turns out, Campbell not only proved the naysayers wrong, she went on to throw her personal best and set a trials record at 74.03 meters. She then went on to finish sixth in the 2016 Olympics in Rio, the best out of her three Olympic appearances, with a throw of 72.74 meters. It was the best finish ever by an American woman—and just two meters away from a bronze medal. All at the age of 35.

As the spring 2017 commencement speaker at her alma mater, Coastal Carolina University (CCU), Campbell encouraged grads to follow her lead:

“Don’t listen to ‘they,’ because ‘they’ will tell you all kinds of things. ‘They’ don’t always have your best interests at heart. ‘They’ will try to talk you out of your dream. … Don’t let ‘they’ determine your course of action. Listen to that little small voice that the creator put inside all of us that speaks to the positivity and the greatness of each one of you.”

It was at that same commencement that Campbell was presented an honorary Doctor of Science. She graduated from CCU in 2004 with a bachelor’s in psychology.

CCU was where Campbell competed in her first hammer throw event. Ironically, the star athlete from Pike High School in Indianapolis was recruited for her shot put and discus skills, not the hammer throw. It’s said that CCU’s track and field coach was perfectly fine with that—that way, he didn’t have to help her unlearn any bad habits.

“The hammer throw is an intensely complicated event and at first it was horribly infuriating and frustrating to understand all the concepts. It feels like you’re trying to do 100 things all at once,” says Campbell. “But, after a while, after my ‘stick-to-it-ness,’ it became one of my favorite events to do and I started having a lot of success in college.”

“A lot of success” is putting it mildly. As one of the most distinguished athletes in CCU history, Campbell would go on to swing that nearly 9-pound hammer into 16 Big South Championships, three Big South Athlete of the Year awards, 11 national championships, five NCAA All-American honors, an induction into CCU’s George F. “Buddy” Sasser Hall of Fame in 2009 and the Big South Conference Hall of Fame in 2016, and recognition as an inspiring woman at the 2018 CCU Celebration of Inspiring Women presented by Women in Philanthropy and Leadership.

“It takes a lot of mental fortitude, that will to have a drive and dedication, a willingness to be missing from certain family events, and sacrificing time with friends to focus on my craft and career over social things,” she says. “It’s really just a love and passion for competition and a desire to see what my personal limit is. It’s that constant striving for what that top level is.

“And sometimes failures are on a huge national or international level,” she continues, “so bouncing back from that takes a lot of self-reflection and self-talk to not let doubt creep in.”

In 2017, Campbell officially retired from track and field competition. But she didn’t completely retire from the sport. She’s still involved on a national level with USA Track & Field as a development coordinator, which means she’s coaching young female athletes in hammer throw and discus events who are just coming out of college on how to transition into a professional space, as well as walking them through opportunities for funding and making sure they’re on the radar.

“There are lot of things they don’t realize because things have always been done for them in college,” says Campbell. “Now, as a professional, you’re responsible for your own scheduling, your own entry into competitions, attracting your own sponsors, and providing clothing and gear supplies for yourself. If you don’t get a sponsor, it’s a big financial investment in your future. In my last eight years as a professional, I was with Nike, which did not suck, I promise.”

Nowadays, she says she still likes to stay busy. She currently lives in Myrtle Beach with her dog, Kobe, and enjoys spending time with friends and family: three older brothers, who live all over the country, and Mom and Dad, who still live in Indianapolis.

“I enjoy catching up with my friends at different events or grabbing dinner after work,” she says. “It’s all the little things I missed being able to do, like staying at home for the weekend and reading a book or going to Charleston for the weekend.”

Campbell is also putting her psychology degree to good use here in Myrtle Beach, working as an organizational development coordinator for the City of Myrtle Beach. She explains the position as one with a basis in behavioral analysis and organizational change, helping to resolve any of the city’s internal issues and helping employees resolve any professional or personal issues.

“I help them develop their own behavioral skills, like conflict resolution or internal motivation, to get to the next level and see how they progress,” she says. “I’m basically helping them be their best.”

Which is something Amber Campbell knows a little something about. 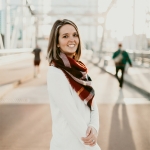