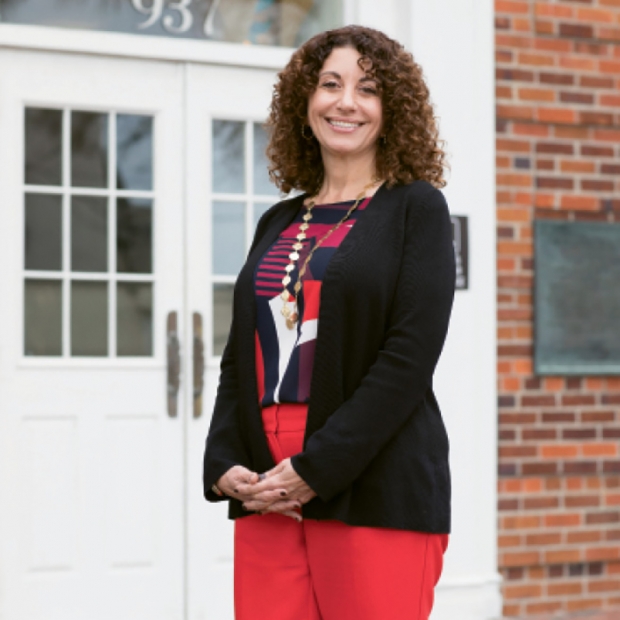 Brenda Bethune knew she wanted to be Myrtle Beach’s mayor, to bring change to the city where she grew up, built businesses and raised a family. She had a plan to get elected in November and a plan for jumping in after she won.

But making history as the city’s first female mayor—well, that took a while to sink in.

“At first, I really didn’t understand the significance of that,” she said.

Reporters asked her about her history-making victory, and it kept coming up during chats with groups and residents around town. And then, while visiting Mount Olive A.M.E. Church, a member asked her to pose for a picture with the congregation’s young girls.

As she smiled for the camera, surrounded by those fresh faces, the magnitude of her historic win started sinking in.

“I feel a very strong sense of responsibility, accountability because as the first female mayor, young girls will view me as a role model,” said Bethune, 54, recalling how she used to look up to long-time Myrtle Beach City Councilwoman Susan Grissom Means, who also was the daughter of former mayor Robert Grissom. “I want to be someone they can look up to and admire.

“To me, that is a huge responsibility.”

“I’ve always been creative, always been a thinker,” she said a day before taking office as mayor. “It’s part of my DNA.”

Developing and executing a vision for the city’s Superblock, tackling crime and taking the boardwalk area to the next level are all priorities for Bethune, who says she is motivated by bringing needed change to the beach she loves so much.

She promised change in defeating three-term mayor John Rhodes in a run-off in November, and was sworn into office January 9 along with three other council members—incumbent Mike Lowder and Jackie Vereen and Gregg Smith, both newcomers to the seven-member council.

With so many new faces on the council, “there will be a transition period,” Bethune said. “But we all want the same thing. We all want what is best for Myrtle Beach.”

During their first month in office, Bethune and the City Council had a two-day retreat focusing on the city’s strengths, weaknesses, opportunities and threats. And the group, along with key staff members, toured the downtowns in Columbia and Greenville to gather insights and ideas for redevelopment of the Superblock and other potential improvements to the beach’s core district.

“Our downtown is vital, historic and it deserves a renovation that is well thought out, designed to fit our community and complement Myrtle Beach,” Bethune said in a Facebook post after the trip, along with her standard hashtag, #YourVoiceForChange.

From Fashion Design to Draft Lines

Politics wasn’t always in the plans of a young Bethune growing up in Myrtle Beach.

During her early years, she lived in an apartment above the office of her family’s small motel off Ocean Boulevard, The Beach View. She has fond memories of everyday life at some of Myrtle Beach’s iconic places—eating at Sloppy Joe’s, which closed decades ago, and shopping in the Gay Dolphin Gift Cove, still an Ocean Boulevard staple.

“Our playground was the beach and the Boulevard,” she said.

Always motivated, she grew up with dreams of being a fashion designer, inspired by the gowns in her favorite childhood book, Cinderella. After graduating from Myrtle Beach High School in 1981, she went to Columbia College with the goal of working in fashion merchandising.

She was there for two years before the lingering heartache from a tragedy her senior year of high school brought her back to the beach. Her brother, Nicky Spadoni, died in a boating accident when he was 23 years old.

It was one of those moments that forever changed Bethune and her life.

“I always looked up to my brother as my protector,” she said. “It created a lot of insecurities and fear in me. A lot of loneliness because it changes the entire dynamic of the family.”

In 1983, she set aside her fashion dreams and returned to the beach. The family needed her.

“Watching your parents go through losing a child is horrific,” she said.

The family beer distribution business, Better Brands, also needed her. Her brother had been working alongside her father, but now it was her time to step up for the family business.

She enrolled in the Anheuser-Busch Beer Marketing Management Development Program, which she says is the most valuable training she’s ever had. She also worked in every department at Better Brands, from secretary to draft line cleaner, to learn all aspects of the beer distribution business.

Her persistence and willingness to learn paid off. She is now CEO and majority owner of the company, which has 175 employees and is based off Mr. Joe White Avenue—just a short walk from her new office in City Hall.

She overcame the loss of her brother, channeling her strong faith.

“That gave me great resilience, made me stronger, more determined,” Bethune said. “God had a plan in all of it. God used it to put me on the path I needed to be on.”

With a new resilience and strength, she also resurrected those dreams of being in the fashion industry. Once marveling over the details in Cinderella’s dresses as a youngster, Bethune opened bridal boutiques, The Little White Dress in Myrtle Beach and Maddison Row in Charleston. It’s also a family business—daughter Nichole runs Little White Dress; another daughter, Kristine Zilonka, is also in the fashion industry in New York. Bethune’s other daughter, Hensley, is still in high school.

Melanie Hellmer, who met Bethune more than a decade ago during a Bible study group and recently served as her campaign chairwoman and communications director, worked with Bethune to open those bridal shops. She was impressed with Bethune’s ability to develop a vision and then take all the necessary steps to make it happen—a talent Hellmer says will be an asset for Bethune as mayor.

“She is tenacious in whatever she does,” said Hellmer, who still serves as Bethune’s communications director. “Whatever she decides to do, she jumps in at 100 percent.”

Bethune found the love of her life growing up in Myrtle Beach. Brown Bethune lived three doors down from her, but she didn’t marry him until just a few years ago. They dated in their 20s, but life was taking them in different directions. Everything fell into place about four years ago when Brenda contacted Brown, a real estate adviser, about purchasing property.

“He was my very first crush,” said Bethune, adding that her younger self used to doodle “Brenda + Brown” in her notebook. “We’ve come full circle. He and I have just always had a very strong connection.”

In addition to wife, CEO and mayor, she’s a doting grandma. Friday afternoons are usually reserved for ice cream time with her two grandsons.

“That’s our time,” she said. “The highlight of my week is spending time with my two grandsons.”

The Future of the Beach

Bethune also plans to spend lots of time working at City Hall and getting feedback from residents. She wants to preserve the history of the city she loves in the Superblock and take the already successful boardwalk to the next level. Plans for a new library and children’s museum in the Superblock have been put on the backburner as the council eyes other ideas to determine what’s the best fit for this unique area in the city.

“That will be a priority. It won’t be something that is just talked about. I plan to keep the gas pedal on,” Bethune said. “It really is the only remaining bit of history we have.”

During the election, Bethune criticized the city for its handling of the Superblock, saying city leaders bought property and moved forward on redevelopment plans without being transparent about their intentions. She vows to be open about what the city is considering and wants to explore partnerships in the redevelopment.

The boulevard area—her home during her early years living in the family hotel—also needs some attention, Bethune said. The area has somewhat lost its niche market of being a family-friendly destination, and the city needs to look at options to help, she said.

“We need to look beyond what we’ve done well in the past. This is great—what can we do to be even better?” she said.

She wants to build on the success of the boardwalk—which brought much-needed new life to downtown after the closure of the Myrtle Beach Pavilion Amusement Park—by bringing in strolling entertainment, games, maybe even music.

Tackling crime is another priority for the new mayor. She has faith in Police Chief Amy Prock, who was named chief last year after the sudden departure of long-time Chief Warren Gall.

Bethune also wants to set up community committees to come up with ideas to help with issues such as homelessness and the growing heroin epidemic, which is hurting communities nationwide.

She said she hopes residents will share their thoughts and ideas as she strives to “make a lasting difference in our community.”

“I wouldn’t be where I am without people trusting me,” she said. “I really do want people’s input. I plan to be out talking to people, business owners, visitors—and not just in central Myrtle Beach. It’s important we begin to act as one community.” 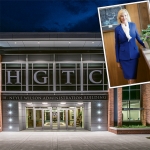 Dr. Marilyn Fore shares her personal and professional history as she makes history herself as the first female president of HGTC