After 15 years of chance encounters, Chandler and Daniel decided forever was best 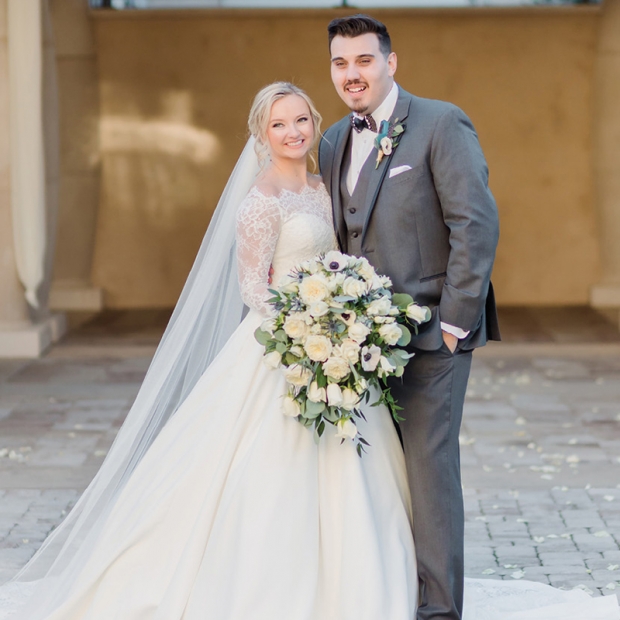 Flashback to June 19, 2005, when Chandler Parnell and Daniel Lynam first met as teens at the Coastal Carolina Performing Arts Summer Camp in Conway. Little did they know that, 15 years later, they would be betrothed.

Back then, Chandler was being pursued by another boy she did not like, so, in true protagonist performance fashion, Daniel suggested that they act like they’re dating to divert the unwanted courter.

“The spark started there and never dimmed since,” says Chandler. “The universe kept pulling us together throughout the years and even through extreme distances.”

The couple didn’t officially start dating in 2005, but, over the years, it seems the stars would align for them in ironic situations, like their separate cruise ships that randomly docked right next to each other in San Juan, Puerto Rico, and their separate flights booked solo, but they somehow wound up in seats beside each other on the plane.

“We remained best friends throughout the years and would always reconnect during the summer even though I lived in Conway and he lived in North Myrtle Beach,” she says. “The friendship and flirtation continued through high school and into college.”

Their dating destiny could no longer be denied. Chandler and Daniel officially began “dating for the last time” on March 25, 2019. And, a little over a year later, Daniel proposed on the couple’s unofficial 15th anniversary. A special day in itself, as 15 is also Chandler’s favorite number.

How did Daniel pull it off? He brought Chandler to her childhood theater, Theatre of the Republic in Conway, under the guise of a news interview scheduled to tell everyone what the theater meant to her, complete with a photographer to “take photos for the news article.” However, a few minutes into the interview, Daniel suddenly appeared and romantically proposed. The next surprise was a dinner at Rivertown Bistro, treated by the couple’s families.

And the next big event was their wedding day on January 23, 2021. The setting was the stunning 21 Main courtyard at North Beach Resort. The audience: an intimate guest list of 75. It was a ceremony described as one “filled to the brim with love and tears of joy.”

It was a tribute to Chandler’s time with some of Walt Disney World’s famous princesses. She worked at Disney World from 2016-2020 as “best friends” with Snow White and Anna from Frozen, among other famous Disney characters.

The main act was Chandler’s grand entrance at the end of the aisle. She practically floated down the aisle in her Cinderella-esque gown topped with a long-sleeved lace sheath. Daniel awaited his princess.

“He was so overcome with emotion that he didn’t even notice that my veil had fallen from my hair!” she says. “That was one of the biggest highlights of our special day: seeing Daniel for the first time. I walked down the aisle to the theme song from my favorite movie, ‘Ever After,’ and truly felt like a princess coming to meet my prince. Daniel for weeks had talked about how he would not cry and someone would have to pinch him. However, leading up to our wedding day, he suddenly was full of emotion, which culminated in him ‘losing it’ as I turned the corner. That is a moment I’ll never forget!”

In tandem with the other meant-to-be coincidences that popped up in the two’s lives, bride and groom also wrote vows that were very similar—without them sharing with one another beforehand.

Mr. and Mrs. Lynam made their debut at the reception (Chandler revealing a sweetheart neckline, sans the lace sheath) held at the same venue, accented in shades of blue, gold and greenery. Charming design elements also included powder blue hydrangeas, the bride’s favorite, and ivory roses tumbling out of glass vase tower centerpieces and embracing the base of charming lanterns.

The intermission of cocktail hour before the reception featured a heartfelt table that displayed photos of loved ones who were no longer with the newlyweds – a way for them to be included in the celebration, too. It paid tribute to Chandler’s father, her grandparents, and Daniel’s grandparents and uncle.

“I also carried photos of my father and my grandmother on my bouquet as I walked down the aisle,” says Chandler, “as they have always been my guardian angels.”

Dinner was a lavish spread of diverse cuisines, such as Southern comforts (fried chicken and gravy), vegetable sides, and Chandler’s favorite sushi rolls.

“They went the extra mile at 21 Main, and it’s a touch I’ll never forget,” she says.

Other special touches during the reception included a unique gift from Chandler’s mother that was announced during the wedding speeches: they are now Lord and Lady Lynam over two square feet in Scotland. Chandler was one step closer to becoming a real princess!

Also, a special request of the groom to his classically trained vocalist bride was for Chandler to sing one of her favorite operatic songs from her time on cruise ships, “Con Te Partiro” (Time to Say Goodbye), made famous by Andrea Bocelli and Sarah Brightman.

Another special gift presented at the reception was one from Chandler to Daniel: her bridal portrait, which Daniel proudly carried around the room to show off to the guests, taken at Heritage Plantation in Pawleys Island, the same venue her mother was married in almost 35 years ago.

Chandler, a bartender at Putter’s Pub in Barefoot Resort, and Daniel, a real estate agent at Plantation Realty Group, are living happily ever after in Myrtle Beach. 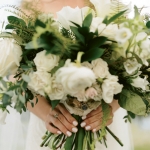 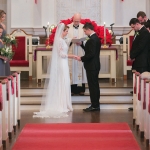 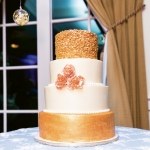