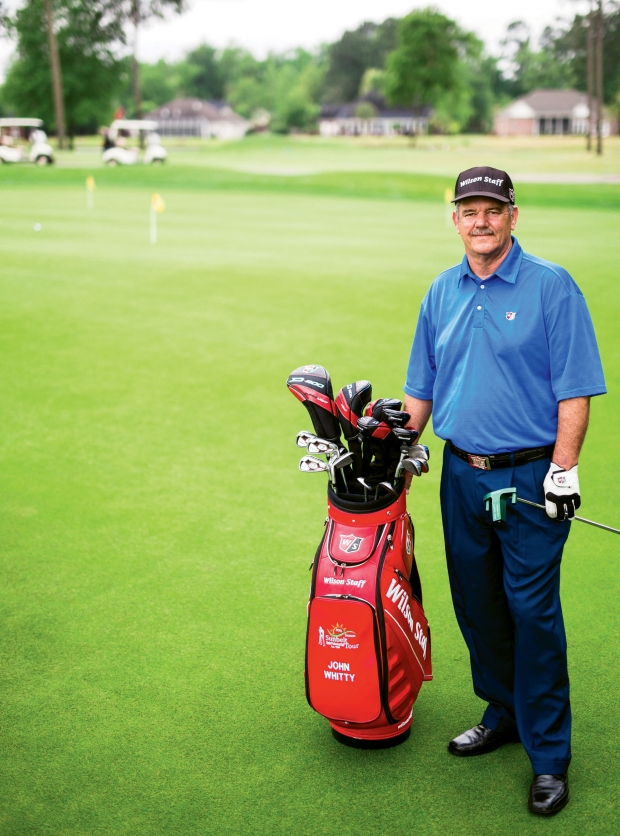 The Grand Strand has long been a magnet that draws in golfers of all skill levels. So it was no surprise that in 1990, PGA professional John Whitty fell victim to its pull. Whitty was on his way from Massachusetts to compete in the finals of the National Long Drive Championship in Boca Raton, Florida, and made a stop in Myrtle Beach. Like most, he was attracted to the limitless number of golf courses, friendly people and mild weather. After spending a month to see that he could make a living in the golf world of the Grand Strand, he moved his wife, Toni, and son, Paul, here from Boston.

Life was good for the Whittys. Toni worked for Martin’s Golf & Tennis while John played the mini-tours, gave lessons and performed trick shot shows. Says Whitty: “If it has to do with golf, I’ve done it.”

However, he had the same problem experienced by just about everyone who has ever swung a club at a little white ball—an inconsistent putter. So he set out to design a putter that had perfect balance with the versatility to adapt to slow or fast greens. That goal was achieved with his J-Roll putter. Eighty five percent of the weight in the putter head is at or above the equator of the ball, resulting in consistent contact with the sweet spot and leading to the putt reaching a true roll faster with no hopping.

A turning point in the putter’s popularity and acclaim came in 2010 when pro golfer Steve Thomas rolled in a 20-foot putt on the 18th green at Tidewater with the J-Roll to win the South Carolina Senior Open. He followed up that effort the following week with a win at the Bahama Island Classic.

Whitty says that more than 150 pros currently use the J-Roll on the Champions and Sunbelt Senior tours. “I used it this morning,” said Don Barnes, the tour commissioner of the Sunbelt Tour. “It has excellent face balance and perfect roll. I especially like how easy it is to line up. Custom fitting makes a difference.”

Whitty will be fine tuning current clients and custom fitting new clients on June 18 at the Legends Golf & Resort for the Hampton C. Auld Memorial Putting Championship. He can also be reached at (843) 222-3005. 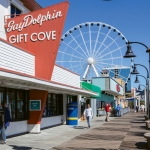 The executive director for Women in Philanthropy and Leadership is leading the charge for Grand Strand women
GENERAL TAGS:
myrtle beach / living