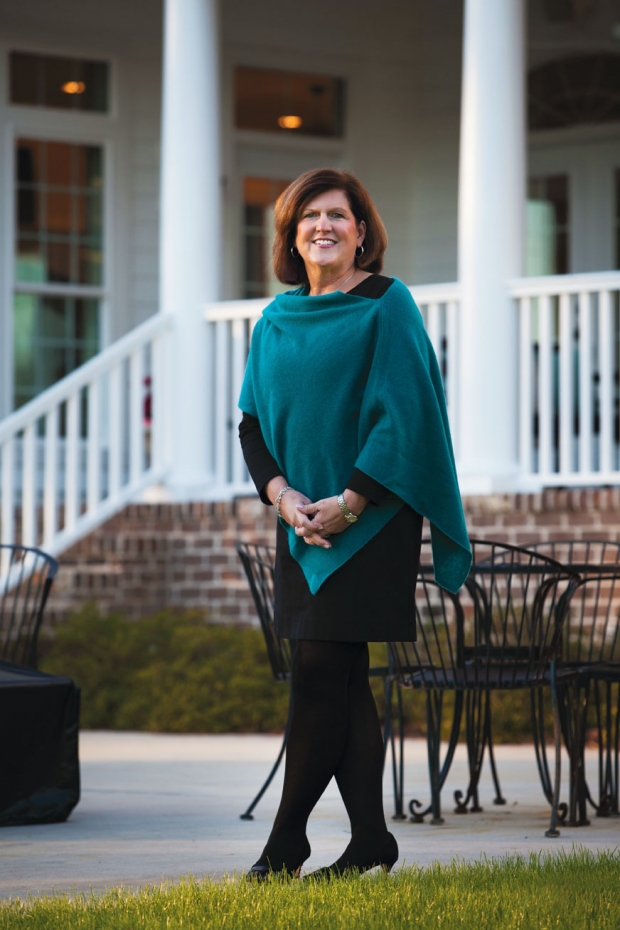 Finding personal fulfillment in service to others seems to be a lifelong pursuit for Terri DeCenzo, executive director of Women in Philanthropy and Leadership (WIPL) for Coastal Carolina University. DeCenzo, the wife of CCU president David DeCenzo, has volunteered her time to the organization since 2007. The DeCenzos moved from their Baltimore-area home in 2002 to relocate in Pawleys Island.

Though DeCenzo is busy serving with a number of organizations, her role in WIPL is central to her day-to-day activities on and off campus. WIPL is endowed with $100,000, creating at least one annual $5,000 CCU scholarship, though the organization raises additional funds to award many more. Under DeCenzo’s guidance, WIPL has awarded some $175,000 in scholarships to nearly 125 CCU students, with the number of recipients growing each year.

DeCenzo also has an active role in South Carolina Catholic Charities and served on the board of the Red Cross for six years. She’s been active in service to the Georgetown Hospital System, March of Dimes, Habitat for Humanity and a host of other charitable organizations. But it seems she may get her greatest joy from speaking with CCU students one-on-one while casually walking through campus or when meeting them and their families at school events. “I love hearing about their lives and inspirations, hopes and dreams,” she said. “Sometimes the kids find me, or I seek them out and ask them to tell me about themselves, where they’re from, what are their interests …”

Beyond fundraising for scholarship monies, DeCenzo leads WIPL in hosting events throughout the year, including the annual Women’s Leadership Conference and Celebration of Inspiring Women. The event, which usually sells out, is open to the public and takes place on February 10 and 11 at The Sheraton Myrtle Beach Convention Center Hotel. WIPL has hosted more than 250 speakers at events in the area.

“When David and I first moved here with our four children [now aged 21 to 32], I thought, how can I impact the greatest number of students in all the colleges at [CCU] and also engage people in the community?” Seems she was able to answer that question beyond even her own expectations, all while settling into a new town and raising children from their elementary school years through their high school and college years, children who reflect the kind of hard work and dedication evident in the DeCenzo family credo.

When her husband accepted the topmost administrative position at CCU in 2002, DeCenzo retired from a long career in critical care and trauma nursing. The couple say they love their Pawleys Island home and their new lives as South Carolinians, but the change was dramatic. DeCenzo says she misses nursing, patient advocacy, some elements of big-city living, and her friends and large family from Maryland, but coastal life here is not too far removed from life as a Marylander. “I remember crabbing on the Chesapeake Bay as a kid,” she said, noting that the South Strand’s coastal waters, creeks, marshes and inlets are not so dissimilar to those along the Maryland shore.

“The hardest adjustment for me was personal, being far from five brothers and sisters and Dave’s family, but I’ve always loved the beach and the coast, and Pawleys Island is just great.” It didn’t take long for DeCenzo to acclimate to life as CCU “First Lady” and find new friends here that seem to adore her and respect her accomplishments and diligent volunteer work.

“I’ve known Terri for 12 years,” said friend and fellow WIPL member Jeanne Quinn. “Terri has such an enormous passion for the students at CCU and they inspire her efforts. There is no one better equipped than her to lead the way and set a great example for other women of all ages.”

Sharon Maria Clayton first met DeCenzo when Clayton’s two sons attended Coastal. “Our paths crossed at various CCU events,” said Clayton. “I admired and appreciated her tireless efforts with the students, and we soon became great friends.” Later Clayton became a WIPL committee member, where she saw first-hand the kind of impact that DeCenzo could have on the lives of students and of the men and women who are touched in some way by the organization. “Terri’s hard work is an inspiration to all who’ve ever known her.”

DeCenzo helped organize and grow WIPL from its humble beginnings. “There was a small women’s giving circle here at the University, even before we moved here, largely made up of faculty and staff,” she said. “They would pool their money together and offer scholarships to students in need. I suggested we add ‘leadership’ as a component because it’s not just about giving, it’s about leading and mentoring and those kinds of things, so we started WIPL, reevaluated our goals, invited men and couples to join, and here we are eight years later.”

“I think I’m pretty good at connecting students and their particular interest with a woman in the community who may have demonstrated leadership in that area. For example, [SC Supreme Court Justice] Judge Kaye Hearn spoke at one of our conferences and there was an [undergrad] student who I knew was interested in attending law school. I was intentional about introducing them and having them sit together at the luncheon, and the student got an internship. Judge Hearn had before only used second-year law students, and told me that this girl was one of the best she’d ever had. So here was this young student from CCU who exceeded Judge Hearn’s expectations.”

DeCenzo noted South Carolina’s dismal standing among the other 49 states in the U.S. regarding poverty, the high school dropout rate and domestic violence against women, but she remains hopeful. “We have some great women leaders here in the state from all walks of life, and we can come together. I believe education is the great equalizer. When I hear a kid say, ‘I couldn’t have made it through school without that scholarship,’ it motivates us to try to do even more.”

The DeCenzos are always on the move, but they do take time to enjoy life along the Grand Strand. “Kicking back and watching TV together is a real rarity for us,” she laughed, “but we enjoy spending time with our friends and family. We love to travel. I love to read. You know what they say about people in the nursing career, that it tells about their personality. If you’re in trauma and ICU things move really fast, so change is constant, and you see how it makes a big difference in someone’s life. I’m looking for the next area where we can make a big impact.” 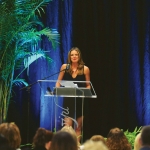 A Celebration of Women