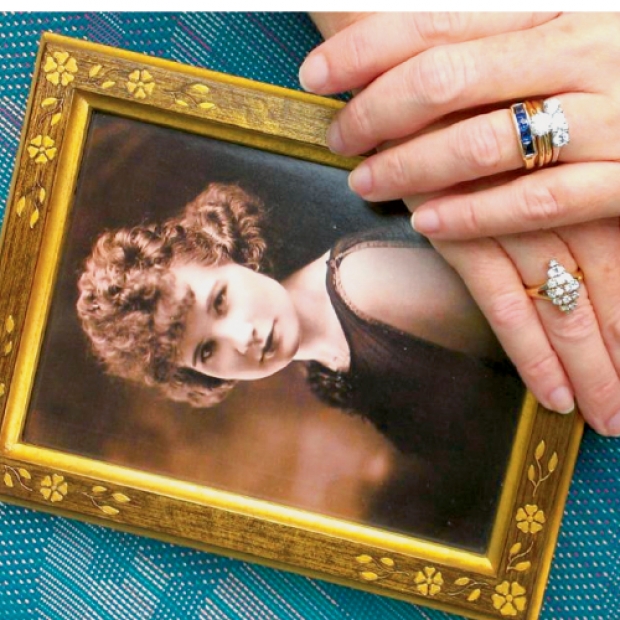 October 14 and 15 mark the 60th anniversary of the date Hurricane Hazel came to town. She was the last land-falling hurricane to make a direct bull’s eye on the Grand Strand. Though other storms have done damage and threatened direct hits, none have come close to the devastation of Hazel. One local woman remembers Hazel’s legacy through bits of family treasure spared in Hazel’s wake.

On October 11, 1954, the Category 4 storm first wreaked havoc upon Haiti before making a beeline for the Grand Strand. Four days later the eye wall arrived around 9 a.m. at a particularly high lunar tide, marking the start of a path up through North Carolina northward into Canada. The oceanfront portion of Garden City Beach was flattened. All told some 1,200 lost their lives during Hazel’s 2,000-mile journey, which caused nearly $3 billion (adjusted) in damages. The storm changed everything—meteorology, insurance, municipal hurricane preparedness and the Grand Strand itself.

In 1954, Myrtle Beach was populated by a few mom & pop motels, the stately Ocean Forest Hotel, and mostly by one- and two-story wooden houses, including the home of DeEtte Bennett Ingram, who owned an oceanfront beach house on Ocean Boulevard near 71st Avenue North in Myrtle Beach. Ingram’s granddaughter, Gini Abee of Murrells Inlet, remembers hearing tales of the devastation and the loss of her grandmother’s home to 120-mph winds and an 11- to 13-foot storm surge that could have killed many on the Grand Strand, but miraculously did not.

When the winds finally calmed, Abee’s family began the heartbreaking search through the rubble of what was left of the home. Abee’s mother spotted a green scarf. When she pulled the scarf from the debris, Ingram’s treasured diamond and sapphire bracelet tumbled into the sand.

“My grandmother was a widow, and she loved the beach in October, just a beautiful time of the year,” said Abee, who has taught art, yearbook and television courses at St. James Middle School for 20 years. The Abee family historians say that power had been out for hours by the time local police knocked on Ingram’s door. Through strengthening winds and the ocean on her doorstep, she was taken to the nearby Ocean Forest Hotel.

Abee’s mother wore the found bracelet for many years. As the grandchildren each turned 21, they were given rings designed by their father, John Ingram, using gemstones from the bracelet. These “Hurricane Rings” are still worn to this day. A few remaining gems wait in safekeeping for future generations.

“We talk about Hazel every year during hurricane season,” said Abee. “We keep a hurricane box of flashlights, batteries, candles, water and food—enough for three days. We fill it up every summer by the 4th of July. Everything in my grandmother’s house had been swept out to sea, except for a plate and a piece of a 33 record.” And, of course, the diamonds and sapphires that will forever remind the family of the day Hazel came calling.
Resources:
PHOTOGRAPHS COURTESY OF GINI ABEE AND THE HORRY COUNTY MUSEUM
Related articles: 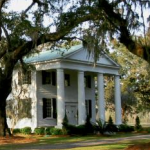 A look at four prominent locations that were gone before their times
GENERAL TAGS:
4th of July / food / myrtle beach / Ocean Boulevard / art