December 2020
Written By:
Sara Sobota
Photographs by:
Will Williams 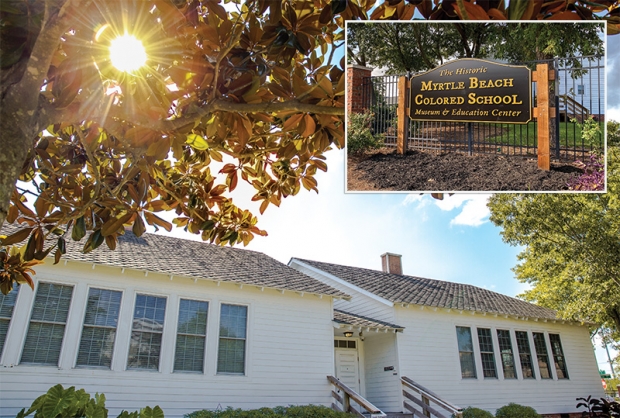 The old adage that history repeats itself is lost on Will Williams. He may agree that untold, uninspected history is a dangerous matter; however, this 19-year-old Myrtle Beach man is devoting every ounce of his energy to ensuring that the history of Myrtle Beach—the history of all people in Myrtle Beach—is not only represented, but also understood, and afforded its rightful place in the ongoing historical landscape.

Williams stands on the shoulders of Myrtle Beach residents of the early and mid-20th century, a group of historical advocates who worked to ensure that their own history would be not eradicated, but intead recognized with a permanent landmark. Though the majority of these champions have passed on, Williams absorbs context and insight from those that remain, as well as from their descendants. The first chapter of the Historic Myrtle Beach Colored School Museum & Education Center was significant in itself, and Williams represents the second chapter, the one that takes the baton and runs with it. 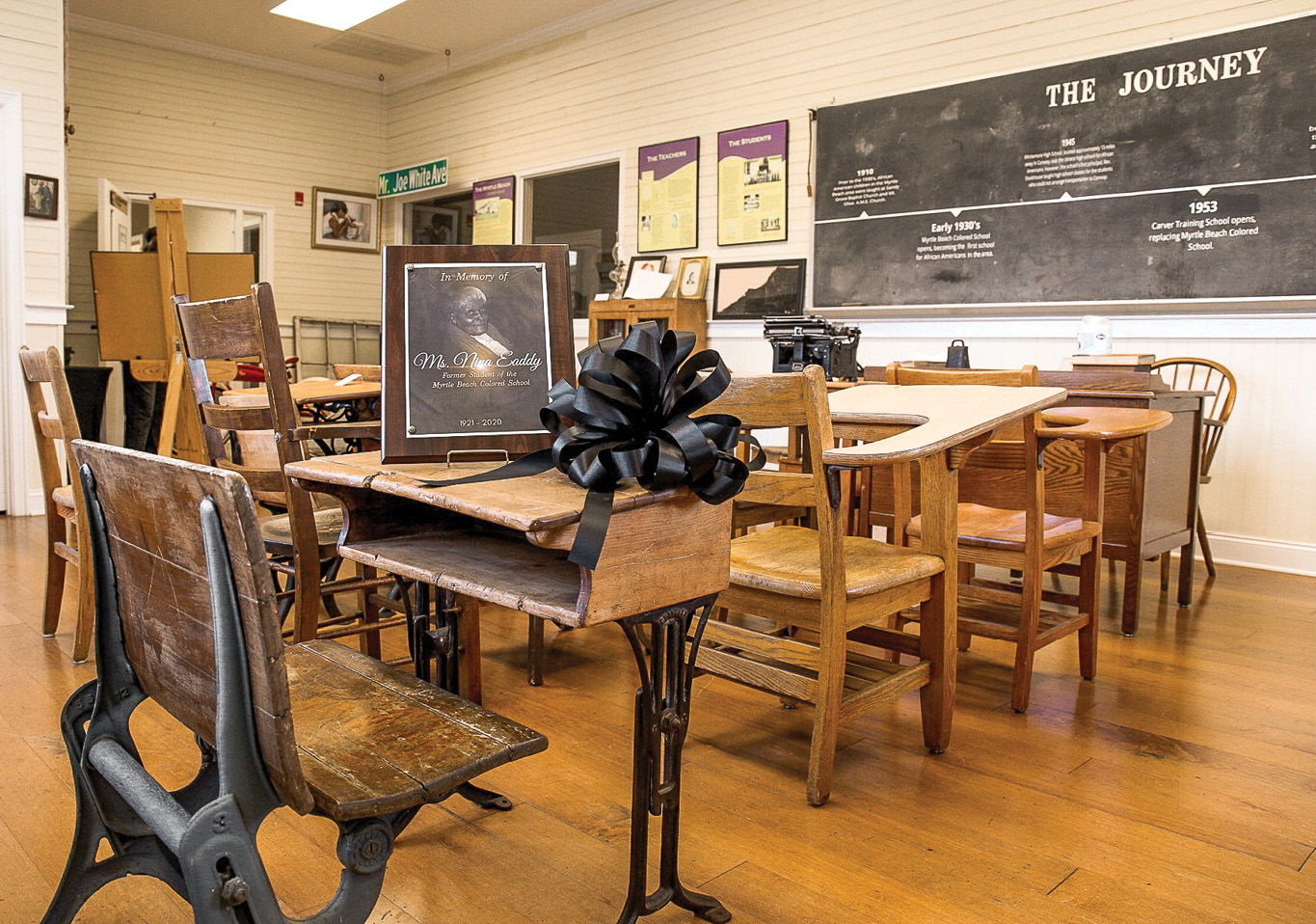 Exhibits: Museum exhibits highlight the timeline of the colored school, as well as the larger historical educational context. Pieces range from original items used in instruction to donated period pieces to recreation of scenes and instructional content. Music was an important component of education, provided through local churches. Above: Williams and Goings organized a memorial for Nona Eaddy, 99, a former student who passed away in July 2020.

The establishment of the Historic Myrtle Beach Colored School Museum &  Education Center was a culmination of commitment and perseverance by a group of its former students. The original building, a segregated school for African American children that operated from the 1930s to the 1950s, was abandoned upon closing, forgotten, and slated for demolition decades later to make way for the construction of Mr. Joe White Avenue in 2001. A number of alumni, many of whom had been working since the 1980s to save the school, formed a committee and worked with the city to plan a replica of the building, which was constructed across the new highway. Eight former students attended the museum’s ribbon cutting, replete with caps and gowns, in 2006.

“It was really the vision and the aspiration of the former students that brought this museum into being,” says Williams “It was they who were pushing to make this happen and to make it a reality. If it weren’t for their dedication to the project, we wouldn’t be here.”

One of these former students was Mary C. Canty, who chaired the committee and attended the Myrtle Beach Colored School beginning in 1939, when she was six years old. The one-room school served children in first through eighth grades; there was no high school in the Myrtle Beach area for African Americans at that time. Decades later, three of Canty’s children would integrate Myrtle Beach High School starting in 1965, and her daughter Mary “Cookie” Goings would integrate Myrtle Heights, which later became Myrtle Beach Elementary, in 1968. Canty’s tireless advocacy for the school, the museum, and other civic projects led the city to rename the Canal Street Recreation Center the Mary C. Canty Recreation Center in her honor.

After the museum was established, former students served as volunteers and tour guides, yet the prevailing sense was that the goal was achieved and the work completed.  “It was amazing. Once they had the ribbon cutting, within just a few years, they all started transitioning, moving from this world to the next,” says Goings, who now serves as director of Neighborhood Services for the City of Myrtle Beach, which oversees the museum.

April Johnson, Neighborhood Services coordinator, concurs. “When the committee was alive, they were so excited that they were actually seeing this project coming to pass. But they really didn’t have a vision beyond that,” she says. “Once it became a reality, it was funny how they slowly started leaving [this world].”

Without a budget, the museum lacked a focused, present leader until retired Horry County Schools teacher Fannie Brown entered the scene in 2013. For the next six years, Brown served as the museum’s volunteer executive director, keeping regular hours in addition to operating a cultural arts organization in the building. Things were going smoothly, says Johnson, yet the museum lacked a long-term plan. 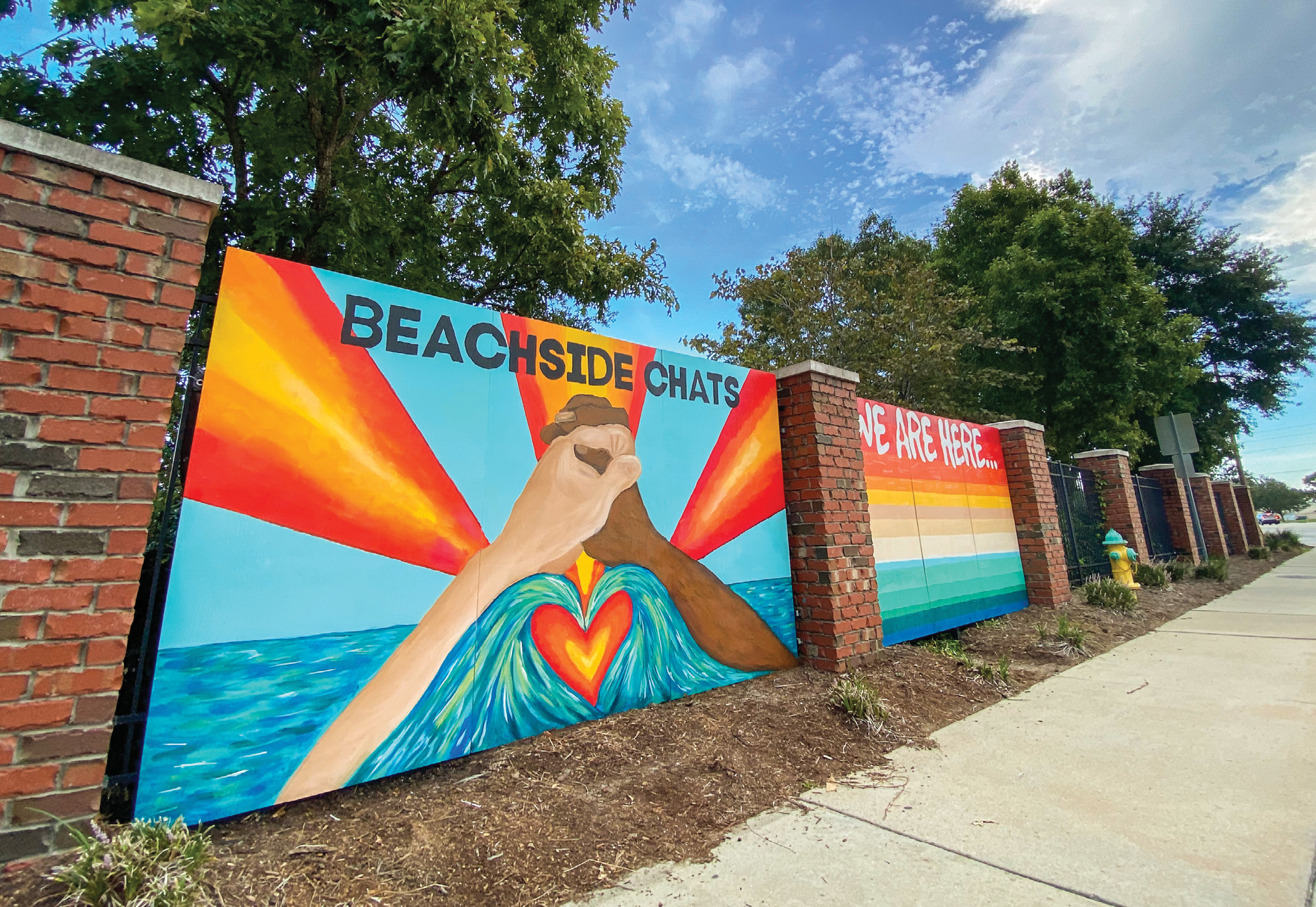 Creating Beauty: A handcrafted mural, completed in July 2020, hangs along Mr. Joe White Avenue in front of the museum.

Chapter 2: The Next Generation

As an art major at the Academy for Arts, Science, and Technology in Myrtle Beach, Williams had developed an interest in the Gullah culture as he explored his artistic tastes throughout high school. At his senior mastery exhibit in June 2019, Amy Wingard, an acquaintance, purchased Williams’ piece titled “Interwoven,” a mixed media work incorporating Gullah styles and themes, to donate to the museum. “I had never even heard of the museum at that point,” says Williams.

Wingard presented the piece to Goings, who suggested a more formal event to unveil the piece and incorporate the artist. Williams, who meanwhile had enrolled at Charleston Southern University, agreed to participate, and the event occurred in November 2019. The rest of the story, Goings says aptly, is history.

“Will comes and does his presentation, and Miss Fannie meets him and falls in love with him” she says. “She shows him around, they talk, they enjoy each other. Will goes back to school, and then a few months later, COVID hits. Miss Fannie is getting older, and she tells me ‘I can’t come back.’ Meanwhile, colleges go online, and here is Will back in town. “If I know nothing else,” Goings continues, “this was predestined. Preordained. We were all supposed to be in that room together.”

In March 2020, Williams became Neighborhood Services’ paid intern for the City of Myrtle Beach, assigned to oversee the museum. According to Goings and Johnson, however, he is much more than an intern. “I’m telling you, he walked through the door, and the museum came alive,” says Johnson. “That’s all I can say. He alone had a vision, and we gave him the space to display his gift.” Williams has already made significant changes and renovations to the museum: he’s crafted the original school doors into art pieces, created exhibits from artifacts, developed a comprehensive design for the space, arranged for new signage, led a project to create an outdoor mural, established a social media presence, and created a virtual story time program featuring children’s titles that focus on inclusion and diversity.

“There’s so much to be done here, and I have a lot of big ideas,” says Williams. “I just need time to implement them.”  Goings is thrilled, not only with Williams’ productivity, but also his enthusiasm and respect for the story of the former students. “Those who are living, as well as those who are among the clouds, as witnesses are proud,” says Goings. “They’re grateful their legacy is continuing. All they wanted was to be recognized and be allowed to share their stories. Now Will has an opportunity to express and share their culture—our culture. It helps us see and recognize how we are more alike than we are different.”

Williams, meanwhile, can hardly believe his good fortune in being given the freedom and flexibility to shape the space and share the story. “People can see how much I love this job when I talk about it,” says Williams. “I always say it’s the perfect intersection of everything that I love doing, so it doesn’t even feel like a job.”

Williams’ future plans include creating a museum membership program, traveling to Columbia to research student and school records, and creating a room to tell the story of former students’ and other African Americans’ contributions to the area. He would also like the museum to become a field trip destination for local schoolchildren. “Just like every third grader goes to Charleston, I believe it should be a field trip across the board; all Horry County School students should come to this museum,” says Williams.

As the museum approaches its 15th anniversary in June 2021, Goings and Williams are planning a second grand opening to mark the second chapter of the museum’s life. The celebration will honor those former students who are still living, as well as focus on the future.

“My vision is to use these incredible stories and insight from this history and then go out and do the work, the reconciliation, the things that are needed in our community,” says Williams. “This is old history, but it’s also very much recent. I’m hoping that this place will inspire people, and they will recognize there’s still work to be done.” 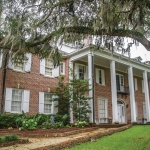 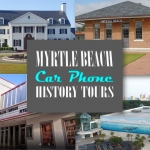 Myrtle Beach History Tours with Social Distancing to Be Offered

Starting in late May, The Market Common will bring their history tours back for a safe and fun experience
GENERAL TAGS:
Charleston / myrtle beach / art / living / Gullah / volunteer