What you need to know about casting your ballot this fall 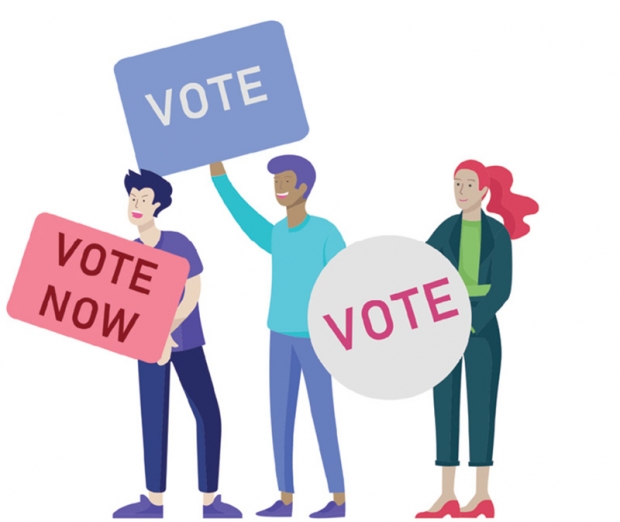 1996 was my first presidential election. I was a sophomore at the University of Pittsburgh, where the voting booths were lined up inside the Soldiers & Sailors Memorial Hall & Museum on Fifth Avenue. That setting alone was enough to incite a virgin voter’s patriotism, surrounded by more than 9,000 historic artifacts on exhibit from our American military’s past. I’ve never missed a presidential election since then.

Now, in 2020, during an unprecedented coronavirus crisis that has forced businesses, restaurants, schools and churches to rethink the way they’ve been operating for the last century, how will this year’s presidential election operate as normal?

To get a critical perspective on the vision of the 2020 presidential election scene, I talked to a professional, Dr. Drew Kurloski, assistant professor of politics at Coastal Carolina University. Here are his thoughts on what to expect:

Q: What is your professional opinion or forecast on how Election Day, November 3, will be for voters—a delayed date, in-person voting, mail-in, virtual?
Dr. Kurloski: Well, it’s still up in the air right now, pending action from the state. My best guess would be that the state relaxes absentee requirements, similar to what happened during the primaries.

Q: Other than the obvious big presidential election, what are some other critical races this year?
Dr. Kurloski: Starting from the top down, I would say that, clearly, the race between [U.S. Senator Lindsey] Graham and [Jaime] Harrison is the top race in South Carolina. This would be a huge victory for the Democratic party if they could take out a long-time Senator like Graham, but I think Graham has the upper hand for now … but there hasn’t been any polling in this race for almost a month. In the U.S. House, the only race in South Carolina that looks to be competitive is SC1—that’s the race in Charleston between incumbent Democrat Joe Cunningham and Republican Nancy Mace. This will be a very close race, but if I had to pick, I would fall back on incumbent advantage here .... There are no statewide offices up this year, but there are a lot of interesting state legislative races, but they will not receive the same attention that the top-of-the ticket races will see.

Q: What are your thoughts on voter ID requirements?
Dr. Kurloski: While I think that there is a lot of passion on both sides of this argument, there really isn’t very much evidence to support voter ID laws in current political science research. First, while election fraud is very much an issue and something that needs to be addressed, voter fraud, or the impersonation of someone in order to vote in their name, is extraordinarily rare from what research shows us. Voter ID programs cost states a good deal of money and have the potential to disenfranchise potential voters. I think there are many more effective things we could be doing to secure our elections.

Q: What do you think the demographics of voter turnout will look like?
Dr. Kurloski: Insiders in both parties are expecting high voter turnout this year, and are also expecting an incredibly diverse electorate. While it is hard to know this far out, and it is equally hard to know how COVID-19 will impact turnout, political interest, donations, news viewership and self-reported interest in the election are all through the roof, and I can see this being a huge year for turnout.

Q: Why is 2020 such an important election year for Americans to take advantage of their right to vote?
Dr. Kurloski: Every election is critical—from local mayoral and city council races, where much policymaking takes place, to the quadrennial presidential election. There is a quote that is sometimes attributed to Thomas Jefferson (although it’s not clear that he ever said it) that says that “we don’t have government by the majority, we have government by the majority who participate.” Elections are our best, and sometimes only, chance to let our elected officials know what we think and to check the power of government. Government should reflect the will of the people, and we can’t have that unless all of the people are able to exercise their right to vote.

For more information and updates on the 2020 Election Day, visit scvotes.gov. 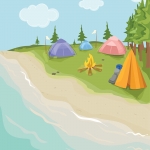 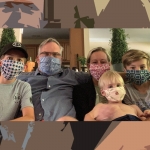 Life As We Now Know It

Finding the new normal among COVID-19

A return to the Grand Strand offers a fresh perspective on the beach’s many positives
GENERAL TAGS:
Charleston / inauguration / Coastal Carolina University