This story starts, remarkably, at a birthday party held at the neighborhood bowling alley. Mark and Olesha Janack were planning a ninth birthday party for their daughter, Madison, and settled on a bowling party. That seemingly simple decision would have an unimaginable impact and set a course for Madison’s future. After that initial introduction and the realization that she had the affinity for bowling, Janack joined a league and started bowling regularly.

Every parent who has ever had a child seriously involved in a sport knows the time, energy and sacrifice it requires—and that’s just for the parents. So when Janack, at the age of 13, came to her parents with her desire to pursue league and tournament bowling, Olesha Janack says, “Our only requirement was that she gave it her best, full-out effort.” Weekends soon became traveling to tournaments and the wins started to accumulate. While still 13, she became the youngest champion ever of the Timothy Spencer Rice Tournament.

Now 17, the honor student with a smile that can light up a room has accomplishments that include the South Carolina Youth Female record holder for high series (833), 2017 Bowl4Life/Logo Infusion Athlete of the Year, four-time South Carolina Pepsi champion, six-time Tough Shots Tour champion and a third-place finish at the 2017 Junior Gold Championships, which established her as one of the top junior bowlers in the country. One of her first goals was recently achieved when she was named to the Junior Team USA. She will represent the United States against bowlers from around the world. Her ultimate goal is to bowl and win in the PWBA (Professional Woman’s Bowling Association). She describes her journey up to this point as “overwhelming and exciting.”

Janack is a 2018 graduate from Carolina Forest High School and will be attending Wichita State University in the fall as a scholarship student/athlete. Wichita State has a history of winning national championships in bowling and Janack is excited about the opportunity to join in their tradition. Until then, she will continue practicing at the Myrtle Beach Bowling Center three times a week and traveling to Florence once a week in preparation for the Junior Team USA World Bowling Youth Championships in Detroit, which will be held July 24–August 4, 2018.

When asked how it feels, she says “I’m just a 17-year-old chasing her dream and nothing is going to stop me.” Don’t bet against her. 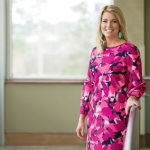 For the Love of the Game

Coach Fabio Silva shares how swimming changed his life and how he hopes to do the same for others
GENERAL TAGS:
myrtle beach / bowling alley