Fabio Silva is a beast in the 200M long course breaststroke. At 19, during his international competition prime, he could touch the wall at 2:18.

It’s that one event that made him a Brazilian national record holder, that launched him into celeb-like fame in his native Brazil, and that later brought him into U.S. waters.

Today, and for the past decade, he’s been head coach of the Coastal Aquatic Club competitive swim team in Myrtle Beach. It’s also those 200 meters that makes him an inspiration for nearly 100 young local swimmers on the team. He’s now 39, but still looks (and has the same energy) as if he’s in his twenties.

“At first, after retiring from swim, I thought the real excitement was done,” says Silva in his thick Portuguese accent. “If I could still stay competitive for 40 years, I would definitely, but it’s a phase. You have maybe 20 to 30 years with your body.

“I love to race,” he continues. “Every time I made finals in national and international races, and I was behind the block and I’d look to the left and right and see these guys who are really well trained, that kept me moving. So when I started coaching, I never thought I’d have that same feeling again until my first swim meet. When I saw the kids racing, I was feeling like I was the one racing.”

Racing in the water began for Silva when he was 5 years old. He says he actually has no memories of when he wasn’t in the water. Born and raised in a small town in the Amazon in northwestern Brazil, Silva was the fifth youngest of six children (four boys, two girls), and they were all swimmers.

“My older brother had asthma when he was younger, so the doctor suggested to my father to have him swim,” says Silva, “and it made sense to my father for all of us to swim in one sport.”

Silva’s father was an insightful man, as his school of fish became champion swimmers. He was also integral to the sport in his own right, going from a Brazilian soccer radio commentator and TV personality to president of the LSC (Local Swimming Community), which made it easier for Silva and his siblings to have the opportunity to travel to swim meets in more populated areas of the country.

“I always looked up to my brothers and loved to watch them swim,” says Silva. “My older brother by nine years was fast! That’s how I first got the spark to swim. I always had the dream of becoming a Brazilian national champion.”

To get there, however, he’d have to swim with the big fish in a bigger pond by training across the country, which started with some heavy convincing. In 1997, Silva’s younger brother was invited to swim at the internationally prestigious Pinheiros Sports Club in Sao Paulo that produced Olympians, but Silva wasn’t invited—and his brother didn’t want to go.

“But I convinced my brother to go and my father convinced the club to take me and my brother,” he says. “This was when everything changed.”

Silva quickly climbed from a 40th ranking in Brazil for the 200M breaststroke to being ranked first for the event in all of South America in a mere four months.

“It was that environment of being around high-level athletes,” says Silva. “The people around you make a huge impact—either positive or negative. And I was so excited to have been training there.”

“My family loved it,” says Silva. “It was like the Super Bowl for them. And my brother and I kind of became celebrities in the swim community. … No one would’ve guessed that two young kids in this small town they didn’t even know existed could do this.”

Silva’s swim hardware collection had just started. In 1998 he broke the Brazilian national record. In 1999 he qualified for the Canadian Games, and in 2000 he made the time cut to compete in the World Swim Cup, a four-month circuit meet that takes place in several countries around the world, as well as the Pan-American Games. During his time with Pinheiros, from 1997 to 2003, Silva was a 10-time Brazilian National Team member, swimming with teammates like Cesar Cielo, a 2008 Olympic Gold Medalist in Beijing, and Gustavo Borges, a four-time Olympic medalist. In 2006, Silva made the Top 10 Fina World Ranking in the 200M breaststroke. He held the Masters World Record in the same event in 2005 and 2006.

“I went to all levels other than the Olympics, missing the Olympic games by half a second,” says Silva. “When I didn’t make it, I was sad, but at the same time I look back and think of how much I accomplished. And the 200 breaststroke is what brought me to the United States.”

The relocation to a new continent was the next big move in his professional swim career. But before that, Silva was determined to train his brain while he trained in the pool. In 2005, he earned an MS in sports training at Faculdades Metropolitanas Unidas (FMU), a university in Sao Paulo. Prior to that, he earned a degree in physical education from FMU in 2002 and a BS in data process from the Faculdade de Informatica e Administracao Paulista in 1998.

“I always kept studying, even when training,” says Silva. “I think it’s important for a coach to have experience swimming at a high level, and it’s surprising to me that they don’t require coaches here to also go to college. It should be just like before becoming a doctor.

“There are people out there that aren’t ready to be a coach,” he continues, “because they didn’t go through the learning process to deal with different situations. In college, we learned to coach different ages and younger athletes—maturation, socialization. I mean, during the week, sometimes the kids spend more time with us than their parents, so going through college and being a professional swimmer has helped me understand what they’re thinking—to know when they’re sad and when they’re happy when they’re performing.”

While working as a swim instructor in Brazil, Silva was recruited in 2007 to coach at the renowned Pinecrest Swim Camp in Ft. Lauderdale, Fla., a huge summer swim camp that hosts kids from around the world. One camper was Adam Dear, from Myrtle Beach, whom Silva met while giving him a private lesson on the breaststroke. Turns out Adam’s dad, David, had started the Aquatic Development Foundation (ADF) here in town and offered Silva a coaching job and a way to secure a work visa. Silva jumped at the chance. It seems the right people placed at the right time in Silva’s journey have streamlined the success he’s had over the years.

In 2008, Dear and Silva decided to found their own swim team, the Coastal Aquatic Club (CAC). Adam Dear, by the way, swam his way up from that swim camp in Florida to become a state record-holder in the butterfly, competing in junior nationals and signing with the East Carolina University’s men’s swim team. The ADF, currently inactive, has continued to support CAC and the sport of swimming in this area. One way, in fact, was the donation of the electronic timing system and board hanging at the pool at Pepper Geddings Recreation Center, which was the City of Myrtle Beach’s big break in the ability to host bigger swim events locally.

As head coach of CAC, a member of USA Swimming and a level 4-certified member of the American Swimming Coaches Association, Silva continues to showcase his love and support for the sport, his young swim athletes—no matter their age and skill level—and their families.

Although our coastal town is surrounded by water and the sport is one of few that are year-round, the awareness of swimming still barely skims the surface of other team sport offerings and attention.

“My biggest dream would be to have our own swimming facility for practices and for meets, master’s classes for parents, swim lessons for kids and more programs for the public,” says Silva. “More space could bring more professionals and I know so many professionals that could easily work here. In South Carolina, actually, there are very few short- and long-course facilities, compared to other states.”

But, ever the determined optimist, Silva is ecstatic about the growth of 100 swimmers currently on the CAC roster—despite the limited pool space—and the members’ accomplishments on the state level (more than 30 qualified this year) and junior nationals. He’s also thankful for his assistant coaching staff, Andre Fachin (also from Brazil), Niki Ferrell, Gwen Patricio and Alan Levy. Former assistant coach Tatiana Lemos, a two-time member of the Brazilian Olympic team, just spread her wings to accept a coaching opportunity in Seattle.

“This is the best time of CAC’s life,” says Silva. “My role always is to guide swimmers through the race environment so that it’s a positive one, not a pressured environment. It reminds me of when I was swimming, how my parents never coached me or said anything negative in comments—and I had bad and great performances. … Some kids are going to perform better, some are OK, and some don’t perform as expected. That’s always going to happen. My accomplishments will happen through them.”

Silva says he visits his parents and family in Brazil twice a year. And, this summer, in between coaching at long-course meets throughout the Carolinas, he will welcome his fiancée to the states after an 18-year relationship, about half of that time spent long-distance. That’s truly a testament of endurance.

“I always wanted to have kids, but I had to make choices,” he says. “I wanted to follow my dreams in my professional life, so I postponed and postponed ...”

If Fabio Silva’s story is any indication, the right people are placed in his lane at the right time. And this is the next something right in a list of personal best times. 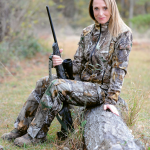