Performing with Southern rock greats at the House of Blues 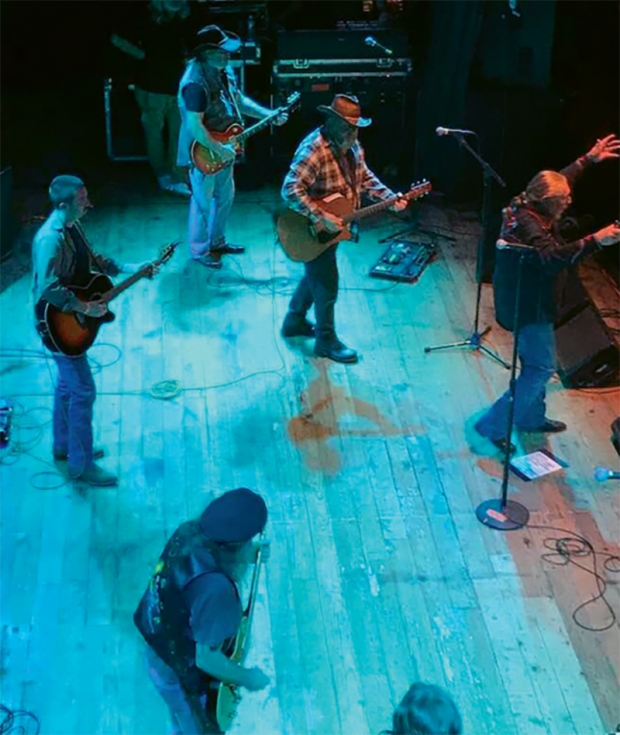 It’s become commonplace among my friends and peers living around the Grand Strand to answer the “How are you?” question with the cliché, “Just livin’ the dream.” I have always avoided answering this way because it felt disingenuous. After all, “livin’ the dream” comes with a lot of baggage and responsibility. My reluctance instantly faded, however, when my childhood hero, Doug Gray of the Marshall Tucker Band (MTB), invited me to perform “Can’t You See” with him and his band at a recent House of Blues show.

The original lead vocalist, 71-year-old Gray, from Spartanburg, has called the Grand Strand his “home away from home” since the 1980s, residing in Surfside Beach when not on tour. He’s led the band through various lineups since its inception, and for almost 50 years he’s taken MTB on tour, something he says he still enjoys today.

My sincere fanboy love of the MTB goes back to my early teen years in the mid-1970s, when I got my first guitar. It was a time when Southern rock music covered every inch of the globe and dominated radio, sales charts and high grossing live concert performances. I remember watching MTB in concert at the Syracuse War Memorial every year between my 14th and 21st birthdays when they came annually to my hometown with Charlie Daniels, Lynyrd Skynyrd, the Allman Brothers, the Outlaws and other staples of the genre. My friends and I had cowboy hats, wore western shirts and played MTB songs around the campfire (back when those songs were current hits). “Fire on the Mountain,” “Searchin’ for a Rainbow” and “Can’t You See” were among the first songs I ever learned to play on guitar and sing, and some 45 years later I’m still singing those iconic tunes, with MTB hits remaining heavily requested songs at local bar shows for me and my band.

Gray and I first met when I interviewed him for a story on South Carolina music makers some five years ago. When I began to see him at one of my local haunts, the Dead Dog Saloon in Murrells Inlet, we were reacquainted and became friends. He’d seen me and my bandmates performing his songs live on several occasions and knew I was a bona fide fan. The thrill of playing iconic MTB songs for the man who helped make them so is still a thrill, akin to performing “Blackbird” with Paul McCartney listening in. When the text came through that he’d like me to sit in with his band, I was floored, honored and nervous.

Like so many rock ’n’ roll outfits, the MTB has suffered more than its fair share of tragedy. Co-founder and bassist Tommy Caldwell died in an automobile accident in 1980. His brother, Toy, the primary songwriter for the MTB and its brilliant lead guitarist, died in his sleep after a brief respiratory illness in 1993, while at home in Moore, S.C. George McCorkle, rhythm guitarist and co-writer of many of the band’s biggest hits, lived in Conway for a short time and died in 2007 in Nashville of complications from cancer. The 2019 MTB tour is called “Through hell and high water,” and for good reason. The current lineup of fine musicians carries on the legacy of the MTB with front man and larger-than-life personality Gray keeping the band moving forward.

With this history well known to me and the countless millions of MTB fans, too, I prepared for the day when my name would be called to join its ranks. How do you rehearse a song you’ve been singing and playing for nearly 45 years? You don’t; you just pray you don’t mess it up and that you show the song and band the respect it deserves.

When the day came, I dusted off my cowboy hat, found my western shirt, tuned my guitar and met Gray and the band backstage an hour before show time. No sound check, no rehearsals with the band, just the stage direction “stay close by and I’ll call you up, bubba.” Toward the end of the show Gray waved to me, I plugged in and away we went. The nearly 1,800 in attendance knew every word and sang right along. “Gonna take a freight train, down at the station Lord, I don’t care where it goes….”

As I knew he would be, Gray was gracious, always smiling, and made me feel like a member of the MTB, even if just for a few minutes. The band was professional, friendly and accommodating even with a stranger in their midst. Still high from the experience, I often think about the few minutes I shared the stage with them. Am I livin’ the dream? You bet. 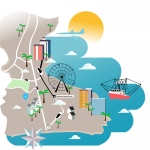