Remembering a Mayor and Friend to All 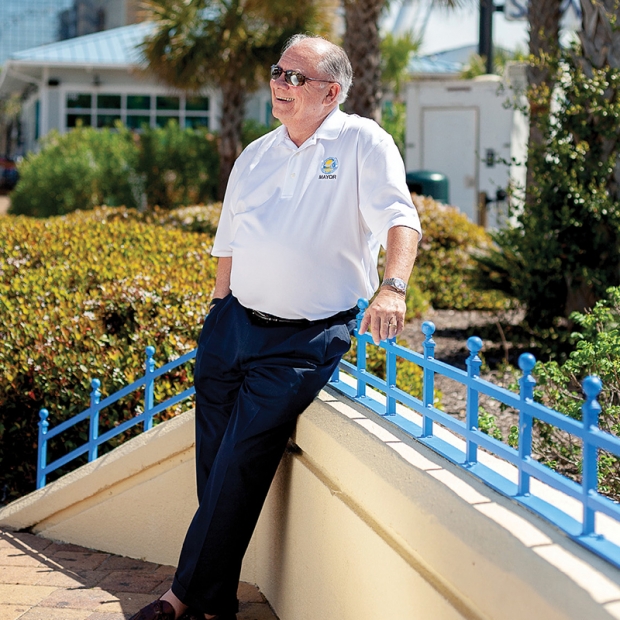 John Rhodes served three consecutive terms as Mayor of Myrtle Beach between 2006 and 2017. He passed away in January 2021.

As the news of the death of longtime Myrtle Beach mayor John Rhodes, 77, became known on January 17, 2021, an outpouring of disbelief and mourning spread through social media, on billboards, in countless published stories and televised news features, and through interviews with friends, family and city leaders. After Rhodes lost his short battle with COVID-19, his wife, Terri Springs, let their friends, family and residents of the city of Myrtle Beach at large know that her beloved John had passed away.

Rhodes served as mayor of Myrtle Beach January 2006–December 2017. He was instrumental in the development of The Market Common, Savannah’s Playground (fundraising more than $1 million for the effort) and the Myrtle Beach Boardwalk. Rhodes sat as Chairman of the Board of the Boys & Girls Clubs of the Grand Strand. He also served as Executive Director of the Beach Ball Classic, a basketball tournament, camp and college-scouting showcase for high school athletes from around the nation. Rhodes has been called “the father of Myrtle Beach sports tourism.”

Born April 3, 1943, in Raleigh, Rhodes eventually found his way to the beach as a young man like so many others before and after—by following a friend to a house party. In the mid-1960s he attended the University of South Carolina/Coastal Carolina University, later becoming a lifeguard, a hotelier, entrepreneur and restaurateur, owning the Gullyfield Seafood Restaurant in the mid-1970s to 1999. In 1981, Rhodes became Executive Director of the Beach Ball Classic, a position he would hold for 40 years, moving the tournament held for local high schools with eight teams to the well-respected national tournament it is today, played each Christmas break.

Rhodes is survived by his wife of 28 years, his children, stepchildren and 15 grandchildren, and is remembered by so many in the community whose lives he touched. He was called “a friend of the Fire Service” by the MBFD and was recognized for his support and advocacy of CCU athletics by President Dr. Michael Benson. Current Myrtle Beach mayor Brenda Bethune noted Rhodes’ “humor, wit and amazingly big heart.”

The children and families who enjoy Savannah’s Playground, the largest enabling playground of its kind in the state, are especially grateful to Rhodes’ vision and leadership championing the project, providing a place for disabled and able-bodied children to play together.

In October 2016, Rhodes spoke with Grand Strand Magazine of his brief but serious hospitalization with a life-threatening brain aneurism, one with a 10 percent chance of survival. “I asked myself ‘Why am I still here? There’s more to life than basketball camps and being the mayor of Myrtle Beach.’” Rhodes, while never shirking his duties at the helm of the city or as director of the Beach Ball Classic, put his mind to Savannah’s Playground. Named for Savannah Thompson, a local girl with Williams Syndrome, Rhodes saw Phase One through to its completion and opening day in 2016.

John Rhodes’ love for and commitment to the city of Myrtle Beach was also recognized. When he passed the mayoral torch in 2018, he said, “These past years serving as mayor have been an honor and a privilege, and I look forward to the city moving forward. We will continue to grow and be the best beach resort in America. This city is a passion of mine.”

The Boys & Girls Clubs have created a fund in Rhodes’ memory, raising money for a namesake computer lab, and other memorials and dedications are in the works.

Myrtle Beach has lost a city father, but his good works and memory will live on through the many who knew and loved him and the legacies left behind. 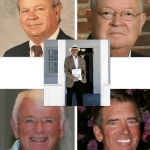 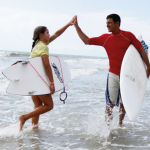 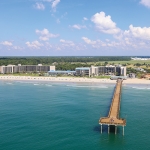