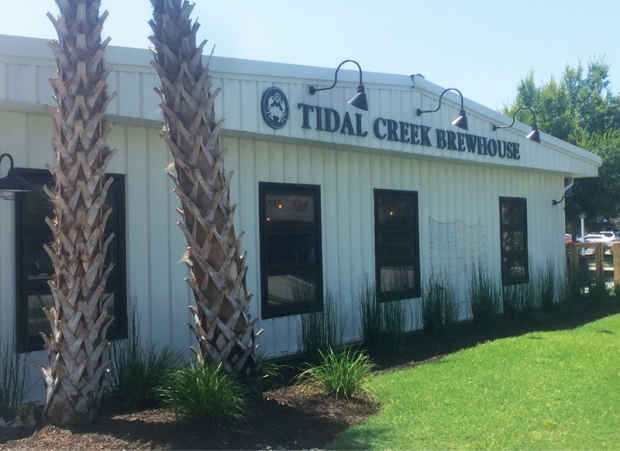 Tidal Creek Brewhouse is the latest addition to The Market Common community.

Cornhole boards and disc-golf courses, beach chairs and hammocks, coffee bars and fire pits, and play areas for kids and dogs? These are not items typically associated with traditional brick-and-mortar breweries. But amid the seemingly endless boom of the microbrew concept both nationally and on the Grand Strand, they are likely the breweries of the future.

And the future is finally here on the local beer scene, where two new breweries are tapping into the once-underserved Grand Strand and going ahead with plans to open despite the challenges presented by the coronavirus pandemic.

Tidal Creek Brewhouse at The Market Common opened “phase one” of its operations this summer, while Crooked Hammock Brewery is resuming its delayed plans for its Barefoot Landing location. Both expect to be wide open in 2021.

They are the latest entrants to a Myrtle Beach-area market that is quickly filling up with microbreweries and brew pubs. The hopping trend of pairing freshly brewed beers with uniquely dynamic environments appears to be here to stay. 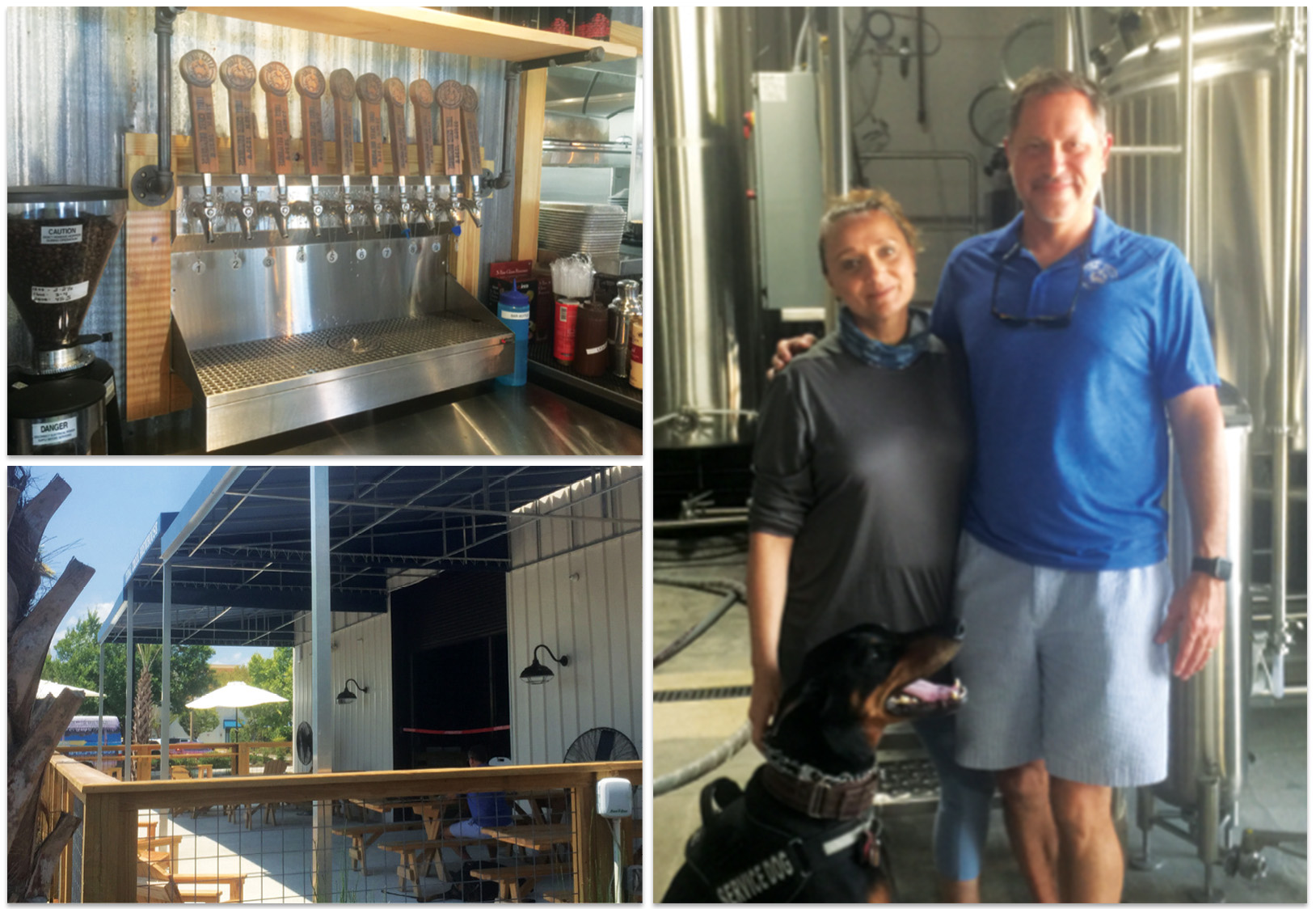 “We try to create an atmosphere where you feel as comfortable as if you were having a beer with friends and family in your own backyard,” says Crooked Hammock owner Rich Garrahan. “Particularly in the Myrtle Beach area, people love to have fun and relax in a casual environment. That’s what we’re all about.”

Gone are the days of bellying up to a dimly lit bar for a mug of the same-old, same-old mainstream swill. Today’s taste buds are thirsty for something different—both in the beer and in the place that makes and serves it. The proof is still in the

pilsner, but it takes more than good beer to attract modern cerevisaphiles.

“There are lots of places people can go to drink good beer and have a bad experience, or drink bad beer and have a good experience,” says Dara Liberatore-Sawchuk, who launched Tidal Creek Brewing along with husband Adrian. “We want to offer the best of both worlds and be a place that brings people together.”

Sometimes inspiration strikes under the strangest circumstances. For the Sawchucks, the brainstorm came during an actual storm: Hurricane Matthew in 2016. As their home near Charleston was coming under assault from rising floodwaters, a news report advised residents to evacuate “tidal creek” areas. Amid the panic, the concept for their dream to build their own brewery and beer brand was born.

“We’re in a hurricane and I’m like, ‘That’s it—Tidal Creek!’,” Dara recalls. “We had always wanted to open a business together, but we weren’t sure what it would be. Then, about 10 years ago, we got into home-brewing and hosted tasting parties for friends. It was so much fun that we wanted to do it on a larger scale.”

They found all the inspiration they needed in their own backyard—from the tidal creek namesake to the fiddler crabs on their dock that now serve as the brewery’s logo. What they didn’t find was a suitable market in Charleston, which currently boasts 30 active breweries. But they didn’t have to look far to find the right spot.

“The Charleston market was oversaturated, but fortunately we ventured up to Myrtle Beach,” Dara says. “It’s the perfect place. It’s a growing city with a good mix of locals and tourists, retirees and young people moving in. It’s a unique town, but one where everyone loves to have a good time. That’s where we want to be.”

Tidal Creek brewmaster Patrick Gibson brings together flavors and brewing styles from all over the planet to create an innovative lineup of rotating handcrafted beers, seasonal brews and guest beers to his taps. After sailing, scuba diving and brewing his way around the world, Gibson and his crew make such popular selections as Grand Strand IPA, Pollywog Porter and Peachy Corners on site.

Patrons can check out the giant vats, play board games, bring their dogs, or pet the official mascot, Argus. The food menu is loaded with “shareables” like dips, cheese curds and beer brats. Tidal Creek plans to add an outdoor beer garden in the fall, featuring picnic tables, chairs, fire pits, bocce courts, a dog area and more.

Tidal Creek’s appeal can best be summed up by two popular sitcoms of the 1980s and ’90s. Serving two types of “brew”—fresh premium coffees in the mornings courtesy of partner The Roasted Bean and a wide variety of handcraft beers all day and night—Tidal Creek aims for a Friends meets Cheers atmosphere.

“That’s how I describe it because you have the coffee shop from Friends and the neighborhood pub from Cheers all in one,” Dara says. “The common theme is a sense of community among the patrons. We want everyone to feel at home.” 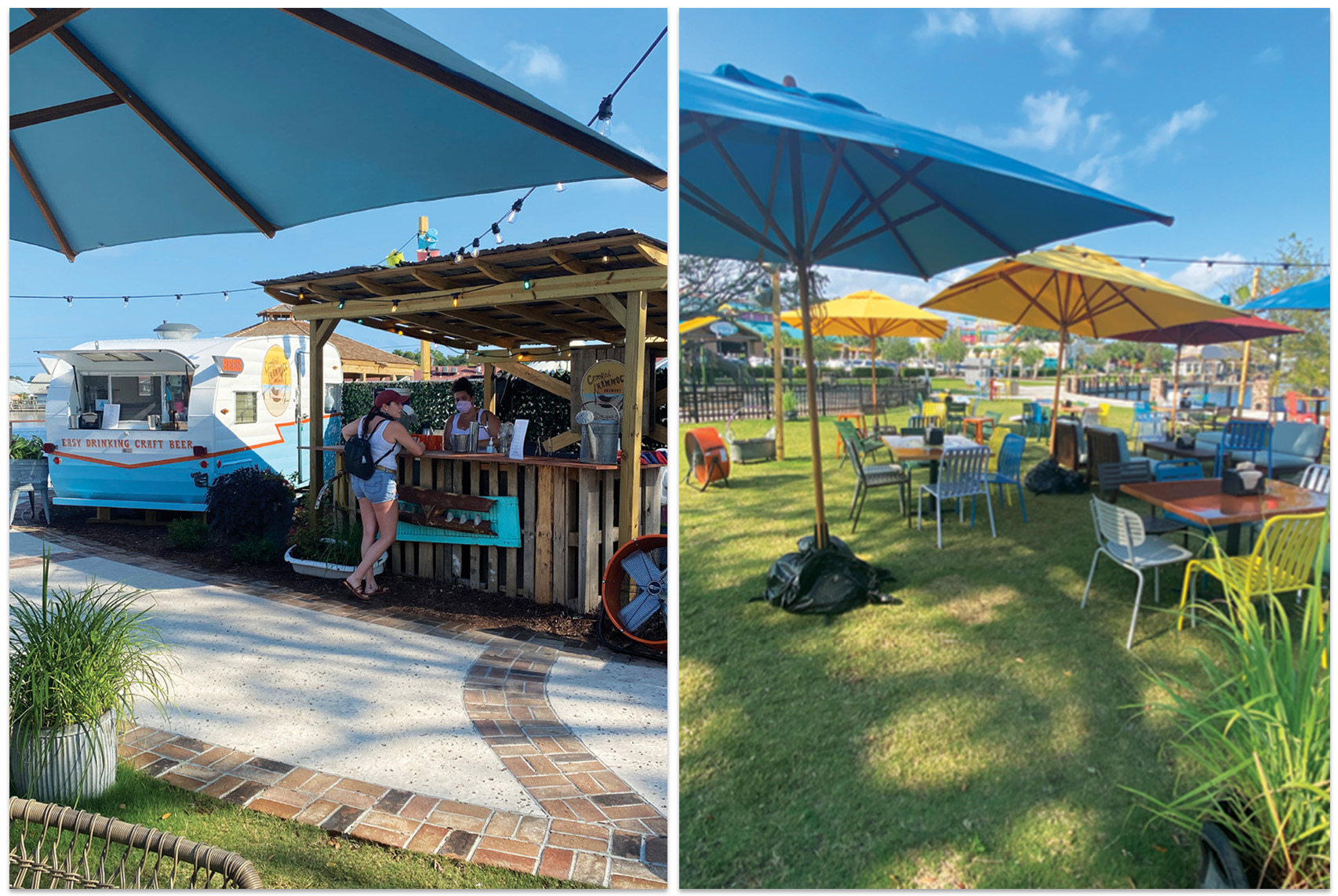 Rich Garrahan was quickly burning out on his white-collar lifestyle. Little did he know that his career path’s true calling was literally under his nose all along.

“I was in finance, working 9 to 5 and wearing a suit and tie every day,” he recalls. “My escape was an old hammock in the backyard where I could unwind, fire up the grill and have a few beers and burgers with friends. I knew I wasn’t living my best life, so I quit my job, moved to the beach, and followed my passion.”

Which involved helping others discover the “hammock state of mind.” He teamed up with friends and hospitality industry veterans to launch Crooked Hammock in 2015 in the coastal town of Lewes, Delaware. A second location opened last year in Middletown, Delaware, before the brewery set a new course for the Grand Strand.

“We celebrate the backyard cookout, a safe place where people who don’t know each other can engage,” he says. “We’re also a beach escape, which is why we felt at home in Myrtle Beach. It’s a growing area where locals and tourists are drawn to the ocean. It felt like a no-brainer from a business and personal perspective.”

Crooked Hammock plans to bring its brand of backyard barbecue to the beach with a spacious spread in Barefoot Landing’s Dockside Village, featuring indoor and outdoor seating, games and play areas for grownups, kids and dogs, hot-off-the-grill grub like burgers and ribs and, of course, hammocks and handcrafted beers. 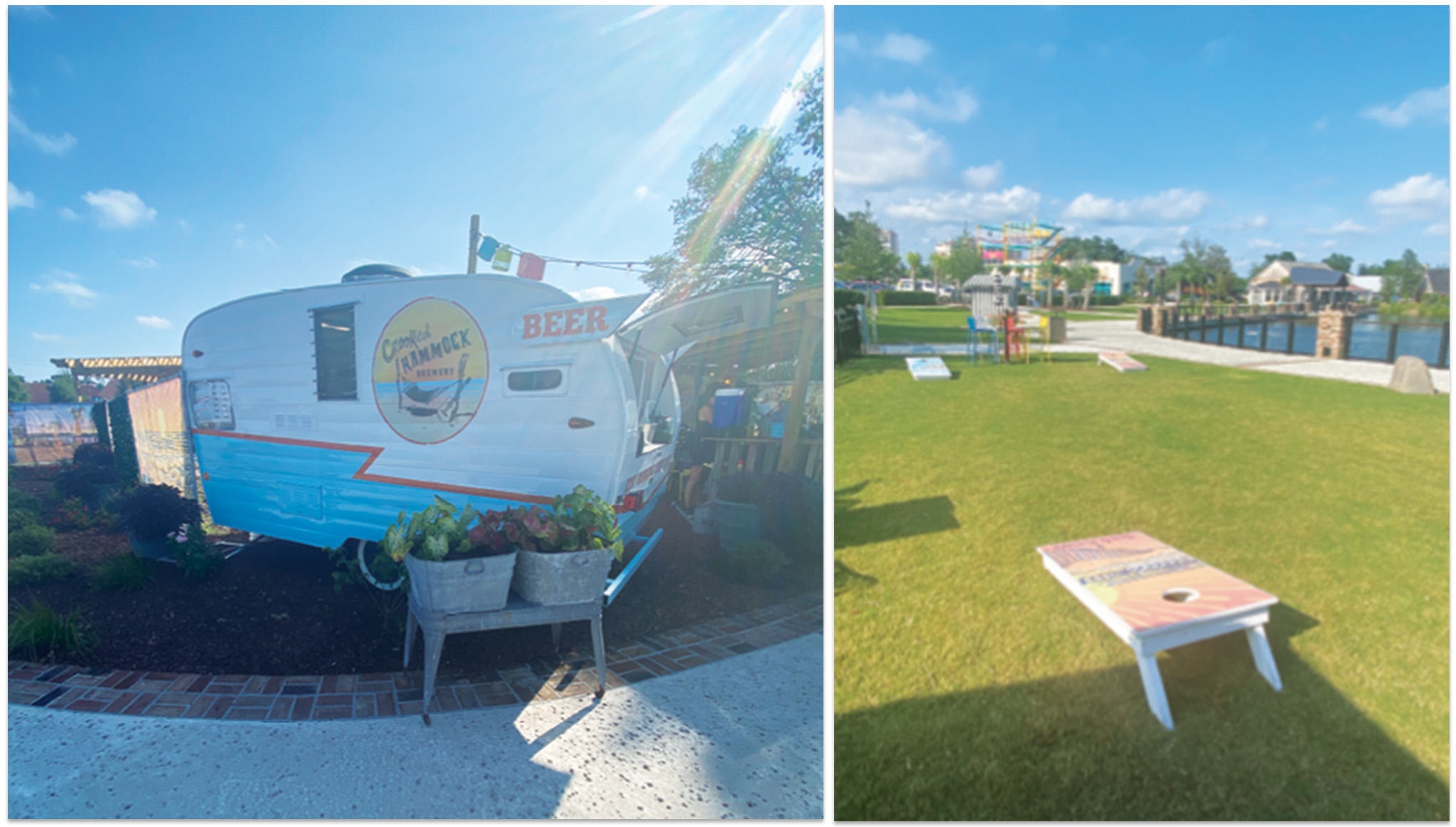 (Left) The Happy Camper RV serves up hot food to go with Crooked Hammock’s cold beer.; (Right) Cornhole is one of the many popular pastimes patrons can pursue at new-age breweries.

With the difficulties created by the coronavirus pandemic putting the full plan on hold, Crooked Hammock has created a temporary presence to give Barefoot Landing visitors a taste of what’s to come. The Happy Camper RV and beer kiosk, complete with beach chairs and hammocks, give the project a glimmer of hope.

“It has been a challenge, but we have our team members in place, and we are excited to show Myrtle Beach how fun craft beer can be,” he says. “Eventually there is going to be a world where we can socialize and have a beer together.”

When they do, the new breweries aren’t the only ones ready to accommodate thirsty and active patrons. New South Brewing recently added a nine-hole disc golf course to its warehouse in downtown Myrtle Beach, and Quigley’s Pint & Plate in Pawleys Island has added an outdoor beer garden offering fun and games. 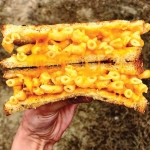