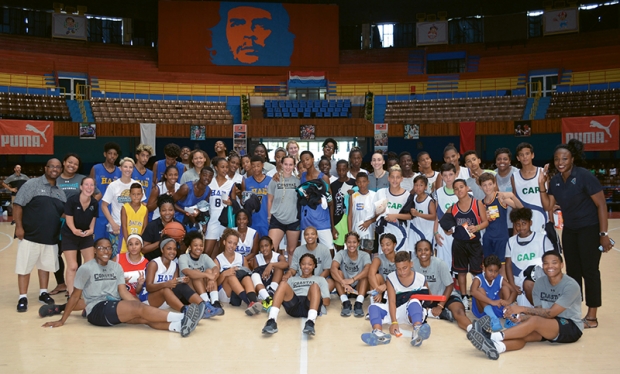 Coastal Carolina University’s women’s basketball team and children from Havana are all smiles after the team hosted a youth basketball clinic.

Those are a few of the words that members of the Coastal Carolina University women’s basketball team used to describe their summer journey to Cuba. The Chanticleers spent a week in August on the island nation that sits roughly 100 miles directly south of Florida.

This once-in-a-lifetime educational excursion provided the student-athletes the opportunity to bond with one another, gain valuable playing experience against the Cuban National Team, and experience a culture unlike their own.

Jaida Williams, who is in her seventh season as the Chanticleers’ head coach, strongly believes that every student-athlete should have the opportunity to travel abroad at least once in their collegiate career. National Collegiate Athletic Association rules allow for a foreign tour by an intercollegiate team once every four academic years.

“Once you travel, you never come back the same,” Williams said. “That was our goal—to broaden our perspective on life, culture and basketball. Coastal Carolina treats us so well that it can be difficult to see outside of our bubble. That is why we chose to take a trip outside of the country.”

The Chanticleers split their time between historic Havana and Varadero, a popular resort area about two hours east of the capital city.

Permanently established in 1519 on Cuba’s north coast, Havana served as the perfect backdrop for the team to sharpen its basketball skills and discover the island’s storied history and Spanish culture. They landed August 11 at José Martí International Airport, named after the renowned poet and writer who also was a leader of the Cuban independence movement from Spain.

A tour of the city by bus included a visit to the famed Revolution Square that includes landmarks such as the José Martí memorial. The tour’s final stop was at the city’s Fort San Salvador and a visit to La Triada Café, where the team was given a private lesson about three of Cuba’s most popular commodities—cigars, coffee and rum.

After dinner at Iberostar Parque Central, the team’s hotel, the players and coaches spent the evening on foot exploring Havana. They walked the narrow streets and mingled with residents while admiring the city’s abundant tropical-colored facades and stunning array of vintage automobiles that date back to the 1940s and 1950s—a result of the U.S. trade embargo imposed after the Fidel Castro-led Cuban Revolution in January 1959.

(Left to right) Colorful vintage automobiles are commonplace in historic Havana; The Chanticleers are treated to a private dolphin show before having the opportunity to pet the aquatic mammals.

The Chanticleers played exhibition games against the Cuban National Team on August 12, 13 and 14 in Havana’s Sports City Coliseum. The veteran national team featured players with years of international playing experience. While CCU came up short in all three contests, it did show its grit in a narrow 64-62 loss in game two.

“The Cuban National Team was very rough and strong, and they played a very fast-paced game,” said Kaylin West, who tallied five points in game one. “Playing against them was a great way to prepare us for the tough, talented teams we will face this season.”

Prior to game two, the Chanticleers held a free youth basketball clinic that drew roughly 50 children, who were taught various passing, dribbling and shooting skills. At the conclusion of the clinic, the Chanticleer student-athletes presented the participants with a variety of Coastal Carolina apparel and other gifts.

“What I enjoyed most was being able to put on the clinic and giving back to the kids and the community,” said Torrie Cash, a senior guard. “It’s great to know that we impacted so many lives and made people smile that we had never even met before.”

Senior center Naheria Hamilton added, “Seeing the excitement on the children’s faces just made me so happy.”

While in Havana, the team also enjoyed a guided walking tour of the city, where several of the players danced with street performers. They also spent their fair share of Cuban Convertible Pesos (CUCs) at the Almacenes San José Artisans Market, situated in a large warehouse lined with more than 100 vendor booths featuring a plethora of items ranging from colorful paintings to leather goods to clothing.

Walking through the market with her team was a special moment for Williams.

“That was the first time we had the opportunity to really be immersed in the Cuban culture,” she said. “It was amazing to see our young women speak Spanish with the natives, try to negotiate prices and figure out how to exchange their dollars for CUCs. That was such an amazing experience for me.”

A trip to Cuba would not be complete without learning how to salsa dance. Each student-athlete and coach were paired with a professional dancer at a second-floor studio located a short walk from the team hotel. After learning several dance steps and participating in a few rounds of competition, junior guard Tiarra Davis was voted the best dancer among the players, while assistant coach AJ Jordan claimed the title among the coaching staff.

“I really enjoyed Salsa dancing with my team. Even though I absolutely should have won first place,” quipped Williams, the highly competitive head coach.

For West, the historic city did not disappoint.

“My favorite memory from Havana was something so simple as handing out fruit snacks and tennis balls to the kids running around, playing outside,” she said. “The look in their eyes, and the joy on their faces when I would hand them something and then give them a high-five was everything I needed to see on the trip.”

During the two-hour bus ride from Havana to Varadero, the team stopped at Saturno Cave and took a refreshing dip in its cold-water sinkhole. “Going to the cave sticks out to me because I can’t swim,” Hamilton admitted. “But my teammates helped me get into the water, and I loved it!”

The Chanticleers’ tour bus rolled into the all-inclusive Iberostar Hotel Varadero around 7 p.m. on Wednesday, August 14. The following morning, the team and other resort guests joined together on a large catamaran that sailed out to sea toward Cayo Blanco, an island paradise located about a half-hour from Varadero’s peninsula. On the way, they stopped to snorkel in the turquoise water before the catamaran departed for the island, where everyone swam, sunbathed and enjoyed a Caribbean lunch buffet. To conclude the day-long pleasure trip, the Chanticleers were taken to a designated area for their very own private dolphin show.

The final excursion of the week, on August 16, involved jet skiing, boating and swimming with a variety of fish, including baby stingrays and sharks. That evening, the Chanticleers were treated to a Japanese hibachi-style dinner at the resort.

West claims the various ocean excursions gave her the opportunity to step out of her comfort zone.

“We did some things that nobody would have ever caught me doing in the U.S.,” she said. “I got right into a body of water where there were hundreds of fish swimming around me. I was literally cringing just from looking at all of the fish from the dock before I even entered the water. But something in me made me think that this was a once-in-a-lifetime experience, so I had no choice but to try something new.”

The weeklong journey has left an indelible impression on West.

“I had the opportunity to speak with a gentleman who managed one of the beaches in Varadero,” she said. “He is one of the most genuine persons I have ever met. He was so eager to learn about the American culture and what we had to offer in the U.S. We talked about his family, his life growing up and how he got to where he is today. I can truly say I will never forget him.” 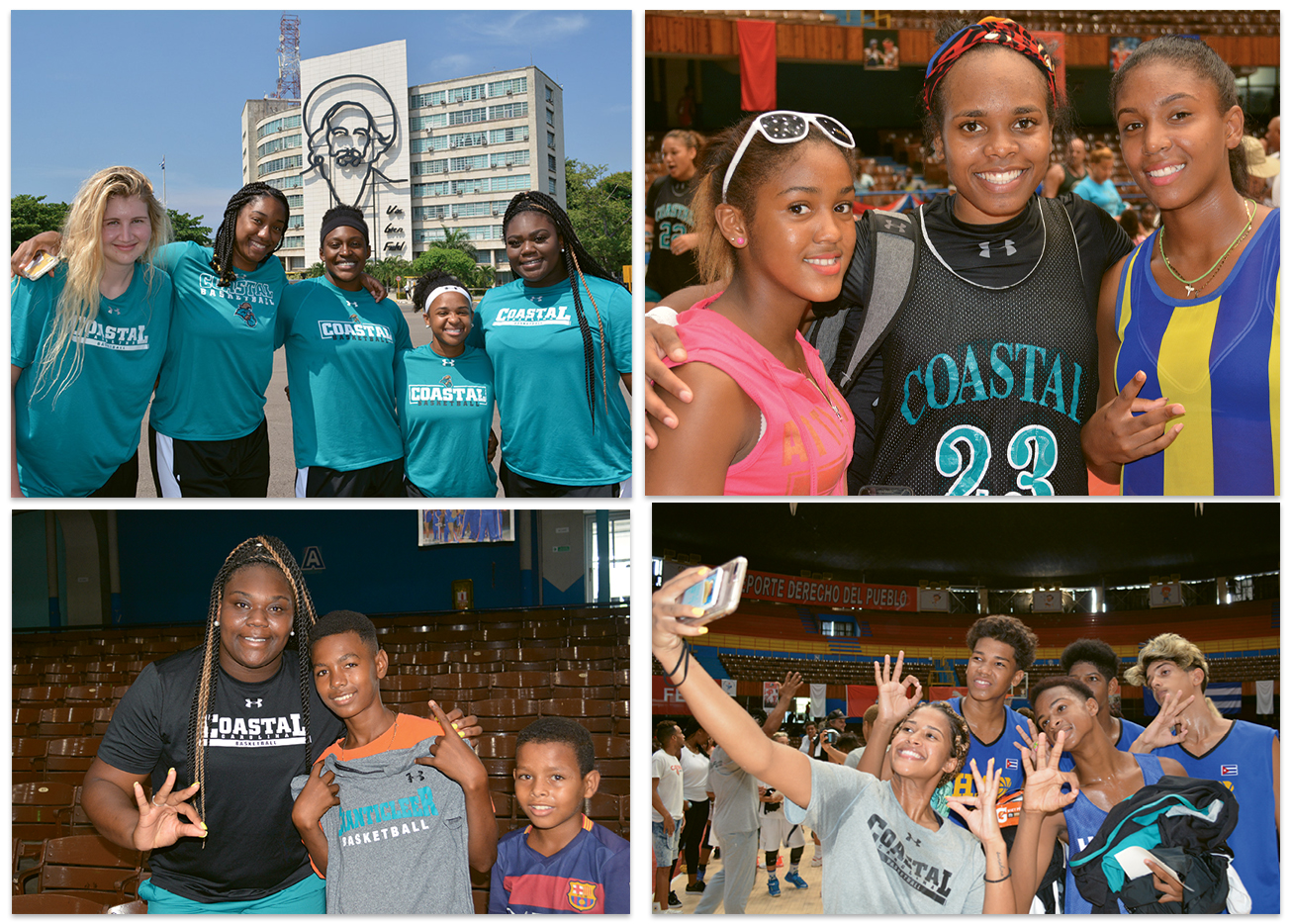 Williams acknowledges that taking her team to Cuba was only made possible thanks to support from Coastal Carolina President David A. DeCenzo, athletic administrators Matt Hogue and Dwayne Beam, and Darla Domke-Damonte, associate provost for global initiatives. Hallie King, CCU’s assistant athletic director of women’s basketball operations, arranged the trip through Sport Tours International, which has organized numerous foreign trips for colleges around the country, including a similar tour to Cuba for CCU’s men’s basketball program prior to the 2015-16 season.

For many of the Chanticleers’ women’s basketball players, traveling to Cuba marked the first time they had ever stepped foot outside the U.S. They experienced a different culture and lifestyle, international competition, new food and adventures and the genuine hospitality of the Cuban people.

“Cuba was a wonderful and special trip,” said Hamilton, one of the first-time international travelers. “Being in Cuba made me extra grateful for what I have here in America.” 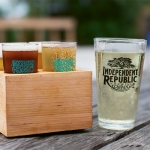