December 2015
Written By:
Paul Grimshaw
Photographs by:
Christopher Shane
This family-owned business has been serving the Grand Strand for 50 years 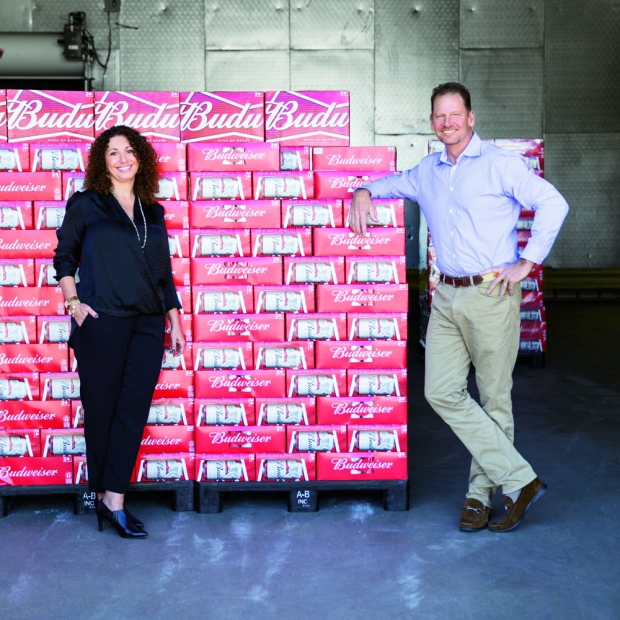 The beach and beer. Few things are as meant for one another as the warm summer sun and an icy-cold brew. Anytime you’ve placed to your lips on a refreshing Bud Light, Corona, Sam Adams or one of 50-plus brewers’ libations and other specialty beverages, you might thank Better Brands Distributing, Inc. of Myrtle Beach.

Celebrating 50 years in business, family-owned wholesale beverage distributor Better Brands received its first shipments of Anheuser-Busch products at their downtown Myrtle Beach location by train. Though the trains are no longer running, the tracks are still there, and now trucks arrive regularly, filling the company’s original warehouses on Mr. Joe White Avenue.

Brenda Spadoni Bethune, the daughter of the late William Spadoni, is Better Brands’ CEO and majority partner. She and her co-partners, president Mike Riley and executive vice president David Mikolajczyk, guide a business Spadoni says was built by “team members, past and present” and “relationships built with customers and the community.”

This modern business got its start when the Grand Strand’s communities were little more than dots on the map. Spadoni Bethune and Better Brands were both born in Myrtle Beach and share a birth-year: 1965.

“My dad was first a Pabst Blue Ribbon driver and salesman,” said Spadoni Bethune. “John Stanko hired him on, and 10 years later [the Stankos], who didn’t have any family, kind of adopted our family and gave my dad an amazing opportunity to buy the company. Forty years later, here we are.”

Riley, who relocated to Myrtle Beach from Chicago 17 years ago, had been with Anheuser-Busch before joining the team. He says he’s seen a lot of “evolution in the marketplace and at Better Brands.”

“The Anheuser-Busch products have always been and will remain the lion’s share of our business,” he said, “but the vision was to always also have the top import and the top craft beer, to diversify and grow even as the [Grand Strand] marketplace is growing. This especially became our focus in the early 2000s.”

In addition to the best-selling Budweiser brands, Better Brands’ multiple warehouses are filled with an ever-growing portfolio of beverages. Bottled water, teas and specialty drinks are also part of the Better Brands mix. No longer distributing wine or snacks, Better Brands’ focus is on the Millennials and their ever-changing tastes.

“The business is so different today, especially the technology,” said Spadoni Bethune. “We used to hand-write every order. Today it’s done through hand-held computers. Sales, distribution, our portfolio and our employees have all changed and evolved. We’re buying new property adjacent to us for future expansion. We’re learning how to communicate with Millennials and how to reach them—they’re our core market.”

Gone are the simpler days when a tavern owner could stock five or six brands of beer and keep everyone happy. Today’s new beer customers have well-developed palates and a new brew vocabulary that keeps suppliers on their toes. For Better Brands, that means more warehouse space.

“The way Spud was able to purchase land over his tenure meant we kept adding on to that one original 7,000-square-foot warehouse,” said Riley. “We joke that we’re set up like a bowling alley instead of a big box, which would be better for functionality.”

The operations of a growing company, one that employs 150 to 180 full-time associates, means Better Brands must operate with efficiency and an economy of scale.

Mikolajczyk has been with the company for 32 years and knows every old story and every nook and cranny of Better Brands’ multiple warehouses, which are just a part of the expanding operation.

“We will move just short of 4 million cases of product in a given year,” added Riley. “We sell beer, NAs (non-alcoholic beer), malt liquor, bottled water and Nesquik.”

“We had the Clydesdales here most recently during Bike Week in 2009,” said Riley. “We’re eager to get them back, but it’s based on requests and promotion schedules.”

Better Brands participated in Anheuser-Busch’s Bud Light Summer Bucket List 2015 promotion at dozens of area pubs, clubs and eateries from June through August. The promotion allowed participants to create their own personalized “Summer Bucket List” and enter for a chance to win their dreams in a national giveaway.

“Our Summer Bucket List promotion and our Bud Ambassadors, both girls and guys, are part of the marketing and branding to reach and appeal to Millennials,” said Riley. Additionally, Better Brands sponsors just about every big event along the Grand Strand.

“But it’s not just sales and marketing,” stresses Spadoni Bethune. “Our focus has always been to give back. My dad taught me at a very young age that it’s our customers and the community that would make us successful. Good year or bad, always give back. It’s a core value. We want to reinvest to make the community stronger.”

“Our employees, too,” Spadoni Bethune continued. “Now Dad was a little bit tougher, but I came along and added the soft touch,” she laughed. “We instituted a Family First policy about 10 years ago, because I saw that a lot of our employees were missing important events; kid’s soccer games on a Saturday or when a wife or family member is sick. We want to put our employees first. Treat others the way you want to be treated and don’t ask anybody to do anything you’re not willing to do yourself.”

Spadoni Bethune is proud of her Better Brands heritage and takes satisfaction in her own success and that of the company’s.

“A lot of people thought I had an easy ride here,” she said, “but over 30 years ago, fresh out of college, I started out in the warehouse working double shifts. I’m glad I did, because you have to learn from the ground up, and it gave me an appreciation without a sense of entitlement. The hard work ethic is everything.”

Startup.SC empowers local entrepreneurs by giving them the resources to make millions 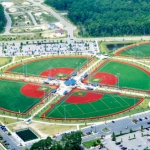