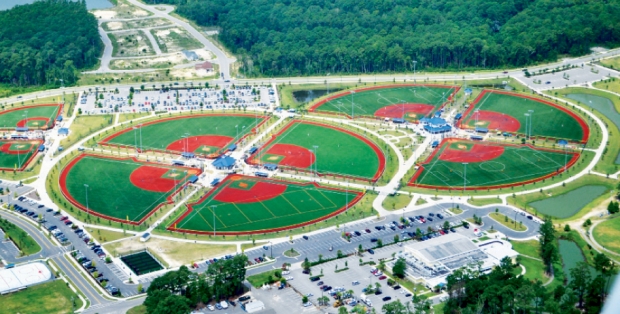 Mike Anderson is OK with the fact that you might not have any idea what Sports Tourism is—or that it even exists.

Yet according to Anderson, Sports Tourism is the Grand Strand’s largest group-related sector, with a $100 million annual economic impact, and, as the name implies, centers around sporting events, activities and meetings that draw participants and spectators—and their wallets—to our sunny shores.

When you think Myrtle Beach and sports, golf probably comes to mind. And golf is an important part of Sports Tourism, as we’ve all seen visor-clad golfers in large throngs milling about at area golf superstores, dining en masse at your favorite restaurant or hanging out at your neighborhood watering hole.

But golf is not the only slice of the Grand Strand Sports Tourism pie.

And highlighting this increasing diversification is the recent addition of the $12.4 million Myrtle Beach Sports Center, a new 100,000-square-foot indoor facility that can host basketball, wrestling, cheerleading competitions, volleyball, fencing, archery—heck, even pickleball. Adjacent to the Myrtle Beach Convention Center, the new sports center can be configured in a variety of ways and can accommodate eight basketball courts, 16 volleyball courts and can seat between 1,500-2,000 spectators. It’s like a humongous, really nice gym.

“I have no doubt that will help draw more (participants and visitors) and be successful,” said Bobby Holland, general manager of The Ripken Experience-Myrtle Beach.

According to PRNewswire, “In its first year, the sports complex is projected to generate $6.9 million in direct visitor spending. By its fifth year, that number is expected to reach $28.4 million annually. Two-thirds of the additional visitor revenue will occur outside of the peak summer tourism season.”

That center is part of an ever-expanding array of sports facilities cropping up along the Grand Strand—from the softball complex at Grand Park at The Market Common to North Myrtle Beach’s massive outdoor sports and recreation complex off of S.C. 31 to Coastal Carolina University’s spanking new Springs Brooks Stadium in Conway, home of Coach Gary Gilmore’s highly successful Chanticleer baseball program.

CCU’s other new facility—the $35 million HTC Center which opened in 2012—has also been home to another local Sports Tourism push hosting the Big South Conference’s men’s and women’s basketball championships—bringing in teams from throughout the Carolinas and Virginia. The title sponsor is www.visitmyrtlebeach.com, the online apparatus of the Myrtle Beach Convention and Visitor’s Bureau.

And speaking of roundball tourneys, besides golf, Myrtle Beach’s Sport Tourism roots can be traced to the Beach Ball Classic, a national high school hoops tournament founded by NBA assistant coach Dan D’Antoni that has invaded the Myrtle Beach Convention Center between Christmas and New Year’s every year since 1981, showcasing such future NBA stars as Kobe Bryant, Vince Carter and Rasheed Wallace.

“As the Beach Ball continued to grow and attract high-profile teams in the Midwest and as far away as the West Coast, it proved that a national tournament could work here. It then developed into the event others looked to as the ultimate goal,” said local sports writer Ian Guerin, who is authoring a book on the Beach Ball Classic to be published by History Press in 2016. “Organizers of new tournaments here often cite the Beach Ball and its methods for growing a brand. In their mind, if the once-eight-team basketball tournament few knew about could grow like it has, why can’t theirs? In many ways, the Beach Ball has given others hope that theirs can have the same type of success, even if there is no reasonable comparison between the two.”

The Grand Strand can be a bit territorial, especially when it comes to business interests that are wary of competition. But it seems that players in the local Sports Tourism industry are seeing the big picture and working together, including publicly funded ventures and private enterprise.

One such private enterprise, the Myrtle Beach Pelicans, as we noted in the June/July issue of Grand Strand Magazine, has recently focused more on Sports Tourism as the High Class A team is now an affiliate of the Chicago Cubs. An iconic MLB franchise, the Cubs have a rabid fan base that is willing to travel to see future Cubbies—and Grand Strand tourism boosters are trying to entice more visitors from the Midwest.

And another baseball-centric private enterprise impacting the Grand Strand’s Sport Tourism landscape is the Ripken Experience, a multi-field baseball and softball complex tucked away off of 10th Avenue North Extension between U.S. 17 and the Intracoastal Waterway in Myrtle Beach. The facility has drawn participants from as far away as Australia and Kuwait.

A tournament at the Ripken Experience—a venture by Hall of Famer Cal Ripken, Jr. and his brother and former Major Leaguer Billy Ripken—might bring in 50 teams for a week, and that means group hotel bookings and business for local restaurants. It also can impact local attractions and retail establishments. The Ripken Experience partners with local hotels and local attractions and sets its tournament participants and families up with passes to Myrtle Waves, go-karts and miniature golf and tickets to Pelicans games and Legends in Concert.

“We set the schedule such that they don’t have more than two games per day,” said Holland. “They definitely have time to check out the beach and attractions.”

Meanwhile, it’s not necessarily the high profile events such as the Hootie and the Blowfish Monday After the Masters golf tourney at North Myrtle Beach’s Barefoot Resort that drives the local Sports Tourism industry. It’s more the stuff nobody hears about, like the Ultimate Frisbee Championship in North Myrtle Beach that brought in 250 college teams from across the country in March, Anderson said.

The facility—built to enhance the city’s increasing recreation needs while also targeting the dollars to be made off of Sports Tourism—features baseball and softball fields, soccer/lacrosse fields, batting tunnels, picnic shelters, playgrounds, an amphitheater, ziplines, walking and biking trails, a 25-acre lake with watersports activities, a dog park and a 10-acre meadow.

Gibbons, who has been with North Myrtle Beach’s recreation department for nine years, admits that the “Sports Tourism” part of his official job title wouldn’t have existed 5–6 years ago.
But North Myrtle Beach has seen a boon from Sports Tourism. Gibbons said the Park & Sports Complex had a $16 million economic impact in 2014, and he expects it to exceed $17 million this year. Specifically, he’s looking for growth from upcoming lacrosse tournaments, a sport that’s on the upswing nationally while making inroads in the South and here on the Grand Strand. “Lacrosse is taking off for us,” he said.

Dollar signs will almost always make the powers-that-be stand up and take notice, and right on cue, Horry-Georgetown Technical College is offering a Sports Tourism Associate Degree, the only such program offered in the S.C. Technical College System.

Here’s a blurb from HGTC’s website describing the program: “Employment in the Sports Tourism field will grow as public participation in sports continues to increase as a form of entertainment, recreation and physical conditioning. Job growth will also be driven by the growing number of ‘baby boomers’ approaching retirement who are expected to become more active participants in sports and experienced-based tourism.”

In the end, getting sporting folk and event organizers interested in the Grand Strand isn’t too hard of a sell during summer months—the challenge is during the off-season, Anderson said. “We’re competing against a lot of players, but we’re selling God’s pool,” he said, referring to the Atlantic Ocean. “That makes my job easier.” 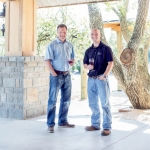 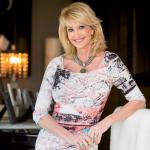