A Chat with Darius Rucker

Find out his favorite Myrtle Beach memory, what he loves most about South Carolina and what he hopes his legacy will be. 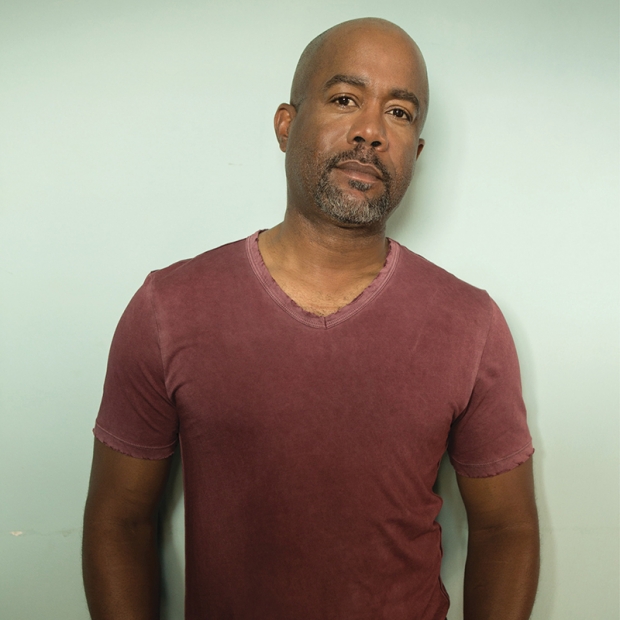 Get ready, Darius Rucker fans: new music is on its way. The Grammy award-winning artist didn’t waste any time getting back to writing and recording for his next solo album, after wrapping up the sold-out “Group Therapy” tour with Hootie & the Blowfish and releasing the band’s first new album in nearly 15 years, Imperfect Circle, in 2019. It will be his seventh studio album since crossing over to country in 2008

“Last year was so much fun with Hootie & the Blowfish, and this year we’re already deep in the process of my next solo album,” Rucker said in early March. “It’s fun to have a new energy in the studio after a year of doing something different.”

More than three decades in music, and Rucker is still mixing it up. His distinctive baritone voice helped make “Hootie” a household name in the ’90s and, more recently, helped Rucker find new success as a solo artist with a series of chart-climbing country hits. The South Carolina native—who still calls the Palmetto State home—often celebrates the Lowcountry lifestyle he loves in his lyrics.

Though his country hits like Alright, For the First Time and Homegrown Honey have won over a new set of fans in recent years, the diehard Hootie & the Blowfish fans proved they are still loyal to the band that provided the soundtrack of their 20s.

They packed amphitheaters, coliseums and other venues to celebrate 25 years of Cracked Rear View, the band’s blockbuster debut studio album that brought hits, such as Hold My Hand, Let Her Cry and Only Wanna Be with You to the masses. Even Rucker was surprised by the tour’s tremendous success.

“It’s still hard to wrap my head around, to tell you the truth,” the 54-year-old said. “I was probably the most skeptical that it would work but the fan reaction was incredible, thank goodness. I mean, to sell out every show? Two nights at Madison Square Garden and three nights back home at the USC arena? That was wild, man.”

While he was still processing the tour’s tremendous success, 2020 was shaping up to be another solid year for Rucker and his solo career, with lots of love coming from his home state.

In the first two months of the year, he was inducted into the South Carolina Hall of Fame, named the 2020 state tourism ambassador for the Palmetto State and collected yet another accolade to join his long list of musical milestones.

Just days after making a surprise appearance at the Myrtle Beach Convention Center for his induction into the Hall of Fame, Rucker’s sing-along hit Wagon Wheel was certified eight times platinum—making it one of the top five most popular country singles ever.

“It’s been busy. It’s an exciting year,” he told Grand Strand Magazine through his publicist in early March.

But then the COVID-19 coronavirus pandemic took over. As the world focused on staying healthy and preventing the deadly spread of the new virus, schools, businesses and even the beaches shut down. Concerts shifted from clubs and coliseums to live streams from artists’ living rooms.

Many of Rucker’s solo tour dates were postponed, and his usual visit to North Myrtle Beach for Hootie & the Blowfish’s Monday After the Masters fundraising tournament and concert were canceled.

“Just wanted to say ‘thank you’ to everyone who has been so understanding with the changes to our show schedule in light of worldwide COVID-19 precautions,” Rucker said in a Facebook post March 16.

He said in the post that he was keeping his family and road family safe by staying home and encouraged others to do the same.

“We will navigate through this together and be stronger because of it—in the meantime, please stay safe and listen to the experts advising us and be kind to one another,” he said in the post.

The pandemic also forced the postponement of Rucker’s next tour stop in Myrtle Beach. The Carolina Country Music Fest, originally set for June, is now scheduled for September 17–20 in Myrtle Beach. Rucker joins Luke Combs, Eric Church and Jake Owen as headliners; Rucker also was a CCMF headliner in 2017.

No word yet whether those new songs Rucker’s been working on will be ready to perform on the CCMF stage; there’s no timetable for the release of his next album.

But while you’re waiting for the new tunes, catch up with one of South Carolina’s favorite native sons:

Grand Strand Magazine: You’ll be back as a headliner of the Carolina Country Music Fest in Myrtle Beach this year. You said during your first CCMF performance in 2017 that you had really wanted to play the festival ever since it started. What is it about CCMF that made you want to be part of it?

Darius Rucker: It’s just so cool to me that a festival has embraced the South Carolina beaches. That’s one of my favorite things about this state, so I love it. Plus, it brings a lot of people from other states here to see South Carolina, so I love being part of that.

GSM: CCMF is a far cry from the Purple Gator and other small clubs you played in Myrtle Beach during the early days of Hootie & the Blowfish. Did you ever envision back then that you’d be a headliner of a country festival on the beach’s biggest stage?
DR: We had no idea. That’s one of the questions we were asked a lot last year—did we ever think we’d blow up the way we did? And we had no idea. We were living our wildest dreams even in those small clubs, so we never thought about how much bigger it could get. It’s pretty crazy to look back on those days now and see what it all turned into.

GSM: What are the chances you might show up on the stage at The Bowery while you’re in Myrtle Beach for the Carolina Country Music Fest?
DR: Ha, festival schedules keep us pretty busy, but you never know!

GSM: What’s your favorite Myrtle Beach memory?
DR: Honestly, that CCMF performance you mentioned back in 2017 was awesome. That crowd, the energy, being at home in South Carolina—I loved it.

GSM: Growing up in South Carolina, did you ever vacation in Myrtle Beach? If so, what were your favorite attractions and things to do here?
DR: Our vacations were wherever we could pile in the car from Charleston and go as a big family—so places like Myrtle Beach were perfect for us. The beach, that boardwalk…that was a childhood dream. 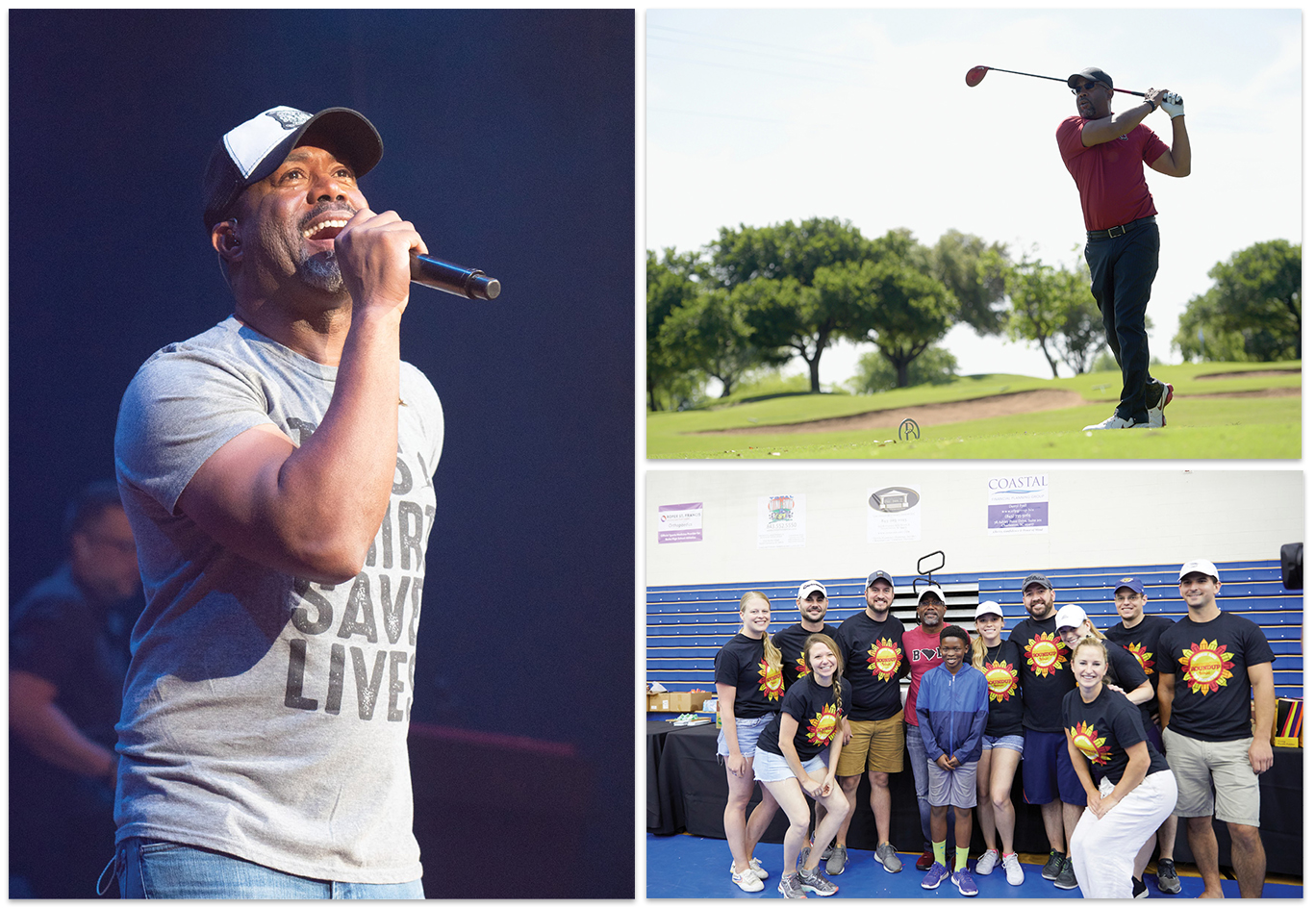 GSM: What makes you so proud to be from South Carolina? What do you love most about the Palmetto State?
DR: It starts with the people. The laid-back vibe and warmth of the people really make South Carolina special. Plus, it has some of the best beaches and golf courses I’ve ever seen!

GSM: What would you say to encourage someone to vacation in South Carolina? What would you recommend they do while they are here?
DR: I’d show them a picture of the sunrise over Sullivan’s Island! But really, South Carolina is such an incredible state and, of course, I’m biased towards my hometown of Charleston and college town of Columbia, but you really can’t go wrong anywhere. One of the things I tell people about Charleston is that there’s so much history to explore, which people don’t always realize. There are some incredible walking tours that really dive into that and are a fun way to see the city. And if you come during football season, you have to see the Gamecocks play, of course!

GSM: Where do you usually go on vacation?
DR: These days, being at home is my vacation! We’re on the road so much that my escape is getting to be back home in Charleston. I do try to golf in each city we play, though, which is my way to kind of explore the country as we’re touring. We’ve also been lucky to tour Europe pretty frequently, so I’ve tried to extend those trips to see more of the incredible countries we’re fortunate to visit over there.

GSM: What’s your favorite Southern food?
DR: The gnocchi and lamb Bolognese at FIG in Charleston. Very specific, but very worth mentioning. It’s an appetizer technically, but I get two portions and have that as my meal. It’s amazing.

GSM: What musician have you not worked with that you’d like to?
DR: I want to sing the hook on a huge Eminem song. How crazy would that be?

GSM: What’s next for you?
DR: Right now the focus is on this next album. We’re doing a lot of writing and recording to really get where we want it to be. It’s an exciting process, and it’s a different experience every time. I’m excited to get some new music out to the fans. And touring, of course. I can’t wait to see our fans on the road this year!

GSM: What do you want your legacy to be?
DR: Wow, that’s tough. I mean really just that I brought joy to people. That my music impacted their lives and that we were able to really do some good in the world. 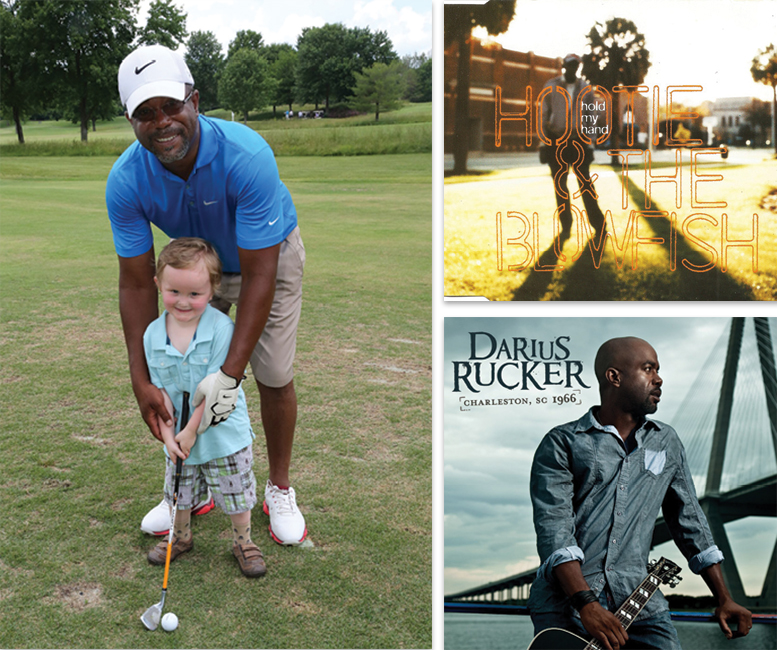 Check out these fun facts that tie Darius to the Grand Strand, where he has left his mark over the past 20+ years.