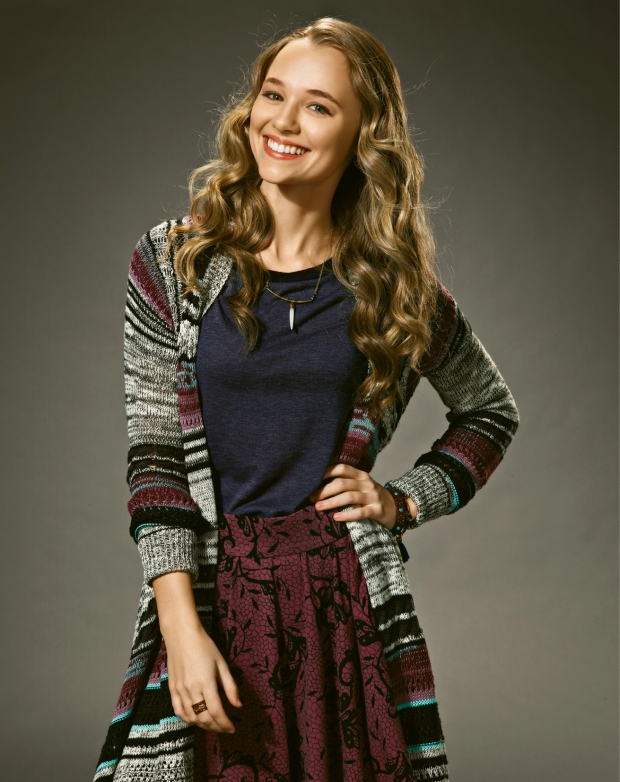 For many Myrtle Beach natives and residents, seeing one of our own on a popular TV show is a surreal experience. “Is that Madison Iseman on Modern Family?” many of us said to our families with a mixture of excitement and incredulity when she appeared on a prime time episode a couple of years ago. From our perspective—the receiving end of the television—her exposure signaled that she’s making it in Hollywood; for local boys and girls fantasizing about an acting career, it was a sign of hope that those dreams may just be in reach. What’s harder to see on the screen is the hard work and determination it’s taken to get there.

“It’s been insane; it’s been a roller coaster ride,” Iseman, 19, says of her experience in Los Angeles so far. Her list of appearances over the past three years is long and varied, including intermittent roles on popular tween programs such as Henry Danger, Kirby Buckets and Tales of Halloween. She just wrapped up the inaugural season as lead character Charlotte in Still the King, the CMT comedy series starring Billy Ray Cyrus and Joey Lauren Adams, and is currently at work on a Lifetime movie.

However, her success has required commitment and resolve, not only from Iseman, but from her family as well. She’s always had her sights on lighting up the screen, but there weren’t adequate options for training and education in the Myrtle Beach area. After she won an acting competition and gained some glowing feedback, her mother, Susan, took the leap and moved to Los Angeles with her daughter in 2013.

“Deep down I had no idea if she’d get to be here,” Susan said. “We said we’d go out for no more than three months.”

Madison, too, tried to keep her vision realistic, especially in the beginning of her journey. “I was not really expecting anything, and that’s what saved me. For a year and a half, two years, I landed some roles, but nothing to support myself.” Madison found a manager and an agent fairly quickly, so things seemed to “fall into place” enough to keep her out there. However, Susan explains, “the business is super, super tough, and the rejection is ridiculous, but she’s never wavered and wanted to leave and not do it. I admire her tenacity and that she’s been able to keep a level head.”

Madison explains that her career is “just a job—you picture it so glamorous, but everyone’s just normal people, and it’s just a normal job,” yet she does admit to crazy hours and an unpredictable schedule. “Some days I’ll have three meetings or three auditions, or if I’m working, I’ll have to be on the set for 12 hours,” Madison says. “It may be 8-8 during the day or 7-7 through the night into morning. It’s hard because I’m on a schedule that doesn’t make sense to other people. You have to learn to live on the edge of your seat.”

That unpredictable schedule also makes it difficult for her to book a trip home, since filming plans are often made at the last minute and subject to change. “If I’m lucky, I can get her home two weeks a year,” Susan says. Madison lived in Nashville for four and a half months while filming Still the King, which was closer for visiting her family—Susan; Madison’s 22-year-old brother, Jonathan; and her father, Dr. John Iseman. When she does travel home, Madison enjoys spending time with friends and going to the beach.

Of course, Madison admits that her job does have that celebrity thing going for it. When she was cast as Charlotte in Still the King, she had a hard time believing she would be working with Billy Ray Cyrus and Joey Lauren Adams. “I watched the two of them as I was growing up, in TV shows and movies,” Madison explains. “It’s been so awesome—it’s one of the coolest things, something I dreamed about as a little girl, and now I’m working with them.” Cyrus, she says, was “a dream to work with. It was really easy to hop into the work. He’s such a nice guy and not a diva in any way. When we first started, he said to me, ‘We don’t know each other in real life, and we don’t know each other on the show, so let’s grow our relationship as we work.’ That’s what we did, and it worked out great.”

To the boys and girls at home who long to pursue dreams of acting and performing, Madison says, “Just don’t give up. If you believe you can do it, and if there’s a way to do it, keep trying. Keep creating. Do whatever it is that gets you in that zone, that feeling, whatever it is—music or painting—keep that creative gene flowing inside you.”

Local artist Linda Weatherspoon on injury, recovery and giving back

The House that Chauncey Built