This large wading bird can be spotted year-round, but is most likely to be observed from spring to late fall 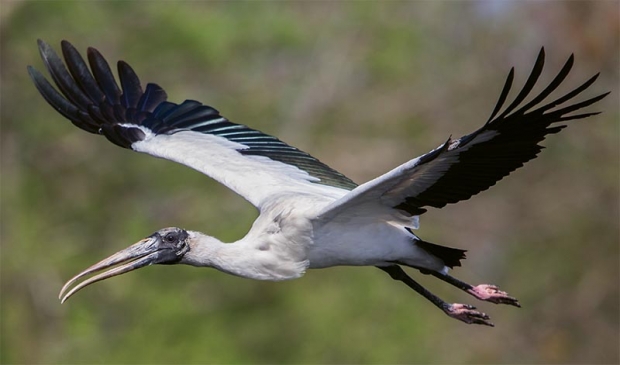 Young have noisy begging calls, but adults are almost silent except for hissing, croaking and bill clattering.

First documented nesting in South Carolina was in 1981. In 2014, there were 2,501 wood stork nests in eight of our coastal counties.

Predators include crows, night herons and other birds, as well as raccoons.

Feeds by tactolocation, which means groping with its bill in shallow water. When it touches prey, its bill snaps shut with a 25 millisecond reflex action. Speed at which it shuts its bill is one of the fastest reflexes known in vertebrate species.

A nesting pair with two fledglings will consume more than 400 pounds of small fish in a single breeding season. 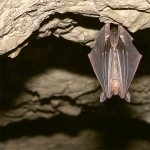 (Myotis lucifugus) One of the most common bats in North America, the little brown bat is often found in forested areas near water. 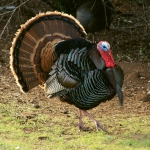