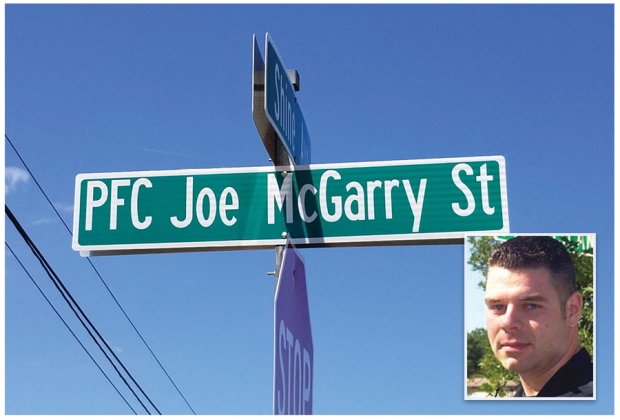 PFC Joe McGarry is honored for serving the community that he loved.

While the street names are familiar as we drive the local roads daily, how many times do we know the person behind the sign? In just the short drive from Carolina Forest to Myrtle Beach International Airport, you will be introduced to several prominent names from the past, including one of the area’s most beloved businessmen, the first mayor of Myrtle Beach, and the man who fought to bring minor league baseball to the area.

Arriving in Myrtle Beach by air used to include leaving the airport onto a short, two-lane side street called Jet Port Road. Now, it is a four-lane thoroughfare named Harrelson Boulevard, which extends from Highway 17 Business to Highway 17 Bypass. Dr. W. Leroy “Roy” Harrelson Sr. was a pharmacist who owned and  operated two local pharmacies around 1927. By all accounts, he was a visionary with an unassuming nature. In 1938, he became the first mayor of Myrtle Beach and pushed for an airport to be built to help increase tourism. The airport eventually became a reality and was named Harrelson Municipal Airport in his honor. When the United States entered WWII, the airport and surrounding land was turned over to the government to help in the war effort and it became Myrtle Beach Air Force Base. After the base closed, it was turned back over to local government and renamed Myrtle Beach International Airport with the access road named “Harrelson Boulevard.”

On the Western side of Highway 17 Bypass, Harrelson Boulevard becomes George Bishop Parkway and continues past the former Waccamaw Pottery and the now-defunct Hard Rock Amusement Park. George Bishop was a Clemson graduate with a degree in Ceramic Engineering. With the help of a fellow Clemson ceramic engineer, he developed a recipe for beautiful, earth-toned bricks. In 1965, he founded Waccamaw Clay Products which produced the bricks that were mainly used in commercial building. In 1977, he started the Waccamaw Pottery home décor and furnishing store. The giant, unique store was an instant success with locals and tourists alike. Bishop later expanded to 15 locations up and down the East Coast.

Intersecting near the airport and extending past 48th Ave North is Robert Grissom Parkway. Grissom was a concrete plant owner in the 1950s before entering the arena of politics as the Horry County treasurer. He would later become a member of the Myrtle Beach City Council while sitting at the head chair as Mayor from 1985–1997, earning him the distinction of Myrtle Beach’s longest serving mayor. While in office, Grissom was known as politically savvy and able to get things done by bringing all sides together. Despite differing opinions on many sides, one of Grissom’s memorable accomplishments was bringing Minor League Baseball to the beach. 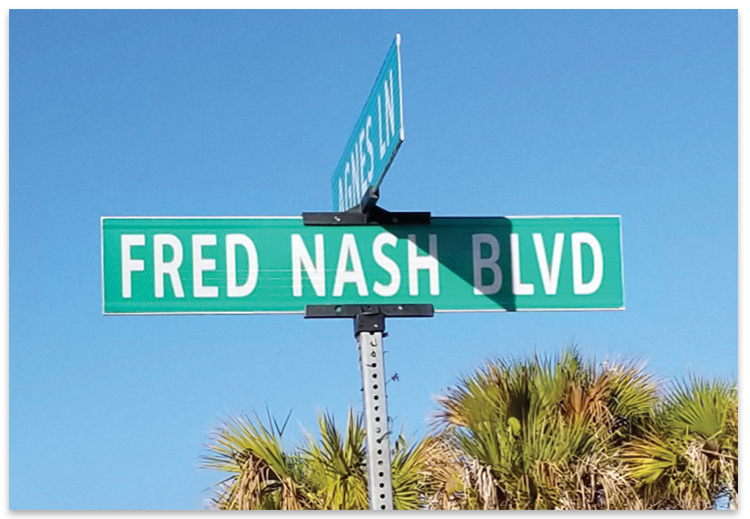 Located in Market Common, Fred Nash is remembered for his heroism.

A portion of 10th Ave North in Myrtle Beach bears the name of the only person honored with a title. Mr. Joe White Avenue is a symbol of the respect and admiration held for a man known as a friend to everyone he met. Julius “Joe” White was a self-proclaimed “shoe stylist,” and it would be hard to find anyone who would disagree. Doctors, lawyers, and city professionals would routinely drop off bags of shoes for him to work his magic. In the 1930s, White would refine his craft at the Ocean Forest Hotel and several barbershops around the city before making his permanent home at Woody’s Barbershop where a chair sits in his honor. White was a leader in his church and a man of faith who never owned a vehicle, but relied on an old, red bicycle to make his way around town. He lived on the street that now bears his name.

A portion of Highway 378 in Conway from Highway 501 to El Bethel Road holds the designation as Lois Ergle Highway. It would be an impossible feat to find anyone in the Grand Strand who held more positions, received more awards, or achieved more firsts than Lois Ergle. Her actions spoke louder than her words and displayed a servant’s heart in every aspect of her life. Ergle was elected to the South Carolina House of Representatives in 1976, and she served in that capacity for four terms. Amazingly, she then went on to hold the position of Horry County auditor from 1993 to 2021. During her time in public service, she was also chairman of the Horry County Republican Party twice and either served or created enough committees and clubs to fill a page. Her legacy in public and private life will be a standard for decades to come.

Myrtle Beach’s longest serving mayor is recognized on one of the beach’s busiest thoroughfares.

Market Common sits on what used to be the Myrtle Beach Air Force Base. Many heroes are honored by streets, but perhaps the most traveled is Farrow Parkway. Lt. William G. Farrow was a fighter pilot in “Doolittle’s Raiders” during WWII. The year was 1942 and a retaliatory attack for Pearl Harbor was developed, called the “Doolittle Tokyo Raid.” The pilots were aware that they would not have enough fuel to return to the USS Hornet. Farrow was piloting the 16th plane to take off and he delivered his bombs on the city of Tokyo. As expected, he ran out of fuel over China and was captured, tortured, and later executed by a Japanese firing squad. Lt. William G Farrow was just 25 years old when he made this sacrifice. 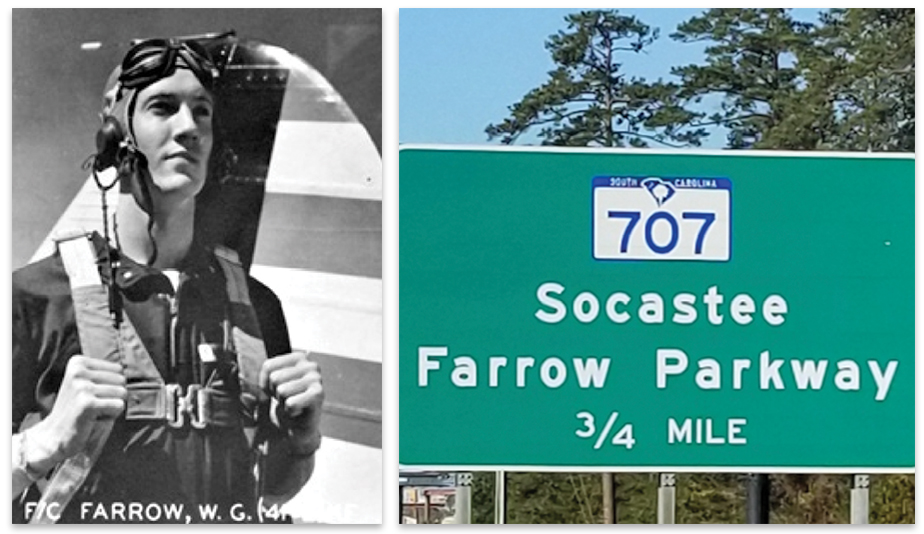 Lt. William G. Farrow was the ultimate example of duty, honor and patriotism.

Just off of Farrow Parkway are Fred Nash Boulevard and PFC Joe McGarry Street. Fred Nash was a civilian when he witnessed an Air Force T-33 plane crash near Myrtle Beach State Park in 1958. Without regard for his own safety, Nash rushed to the burning plane and pulled the Air Force pilot to safety while sustaining severe burns. He received the United States Air Force Exceptional Service Award and the Boulevard was later named in his honor. Myrtle Beach Officer Joe McGarry was killed in the line of duty when he was attempting to talk to a possible murder suspect outside of a local restaurant. McGarry was a four-year veteran of the department. He made a lasting impact before giving his life for the community he loved to serve.

These street names represent just a few of the inspiring, intriguing, and notable histories of the people in our area. With so many sacrifices from so many heroes, their legacies will live on in the stories we tell of their impact to all who travel these notable roads. 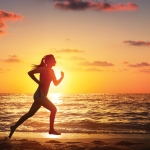 Get Back to Your Beach Bod

We offer three different perspectives on how to do it 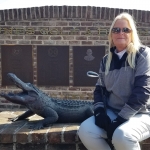 Staying in the Zone 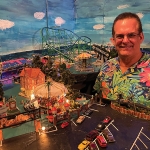