October 2014
Written By:
Jennifer Boyd
Photographs by:
Katie Fiedler
This quaint town has a lot more to offer than a great meal 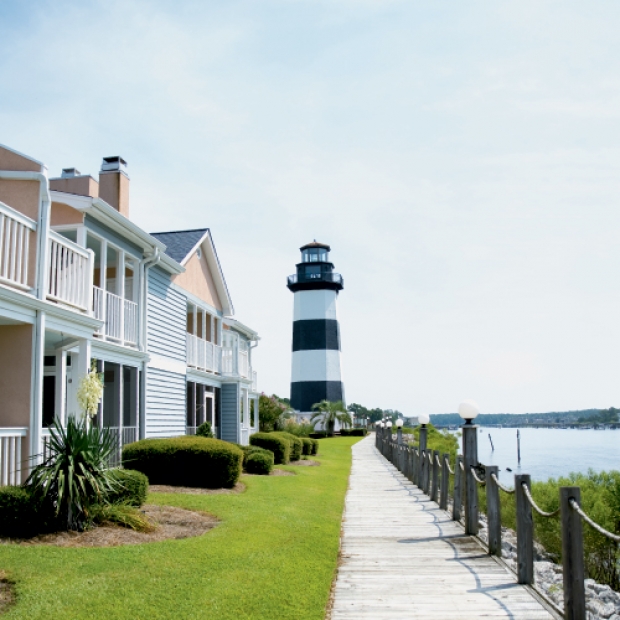 Little River incorporates the old and new as seamless as your grand mammy’s heirloom quilt. This historic, unincorporated town is not only the oldest inhabited area of our majestic Grand Strand, it is also the hidden gem of the South. From its infamous pirates to its beautifully hidden parks to a few phantoms, Little River will be sure to warm you with its true southern charm.

Ahoy Mateys!
For those who grew up near this quaint fishing village, many may be surprised by its colorful past. Called “Mineola” or “Little River” by the local Siouan Indians, this area has been home to its fair share of shady characters. Famous pirates—such as Anne Bonney, Edward (Blackbeard) Teach and William Kidd—pillaged and ransacked the local waters, horrifying the already off-the-grid folks of the community. The locals gave shelter and non-respectable hospitality to the den of thieves of the open seas, probably enjoying every second until the pirates’ hangings.

It was not until King George II of England secured 50 acre land grants in 1734 that trustworthy and law-abiding tax payers were attracted to the area. Every man, woman, child and slave were offered the land deal of the century to leave Connecticut. Connecticut was experiencing its very own witch trials (30 years before the infamous Salem witch trials), better known as the Great Awakening, led by the cult-like leader Johnathan Edwards.

The Nicholas Frink family packed their cherished belongings and family hand-me-downs and headed for the uncertain waters of the Deep South, never to return. Their nine children fell in love and intermingled with the Vereen, Hickman, and Cox families, giving credence to the term “melting pot.”

Nicholas and his wife, Deborah, would eventually purchase more land along the water where The Lightkeeper’s Village and Cedar Creek Village stand today. A map drawn by Thomas Hemingway in 1808 actually calls the neck of the river “Frinks Neck,” and although its name has been changed, locals and tourists can still admire the spectacular view. The Frink Public Park also stands as a reminder of the contributions and sacrifices the family gave to their community. It is located near the Little River Neck, on the corner of Harrelson Avenue and Channel Pointe Lane. This pristine landing is acknowledged by The Historical Society and environmentalists for its untapped and untamed ecosystem.

Washington slept here
The colonists and local Indians of Little River donated the single most important military tool to the Revolutionary War—guerrilla warfare. The British Red Coats practiced traditional military line fighting and were not a match for the small groups of armed civilians using hit-and-run fighting tactics. The locals fought alongside the elusive General Francis Marion, taking great pride in every step.

Marion’s brother, Isaac Marion, was a resident of Little River and shared his brother’s passion and reputation for fighting the battle. He wrote: “Gentlemen of the committee: I have just now received an express, from the Committee of the Northern Provinces, desiring I would forward the Enclosed packet to the Southern Committees. As yours is the nearest, I Request FOR THE GOOD OF YOUR COUNTRY, AND THE WELFARE OF OUR LIVES, LIBERTIES AND FORTUNES, you’ll not lose a moment’s time, but Dispatch the same to the Committee of Georgetown, to be forwarded to Charleston. In meantime, am, gentlemen, Your obliged humble servant, &c. Isaac Marion. To Danness, Hawkins and others.” (Boundary, May 9, 1775, Little River) His letter was written in regard to a letter from R. Howe of North Carolina, proclaiming the Battle of Lexington was in full swing and troops were badly needed. Marion wasted no time addressing the Committee of Safety of Little River, eloquently asking for more fighters.

After the war, George Washington embarked on a grand Southern tour of the states in 1791. Every town greeted him with mounted escorts, balls, parades and speeches; and Little River was no different. Traveling down the Old Kings Highway proved to be a daunting undertaking and at times it was impossible to cross. Some things never change.

His first stop in Little River was on Wednesday, April 27, where he dined at James Cochran’s private residence. They picnicked while enjoying Southern delicacies and beverages. His next stop was lodging for the evening at Jeremiah Vereen’s home near Long Bay. Both Cochran and Vereen were well-respected war veterans and were honored to have such a distinguished house guest. Washington wrote, “The manners of the people … were orderly and civil, and they appeared to be happy, contented and satisfied.” (The Diaries of George Washington, vol. 6, eds, Donald Jackson & Dorothy Twohig (Charlottesville: University Press of Virginia, 1979), 158.

The Brentwood
Built a few years after The Civil War in 1910, the Brentwood has stood the test of time with its elegance and reputation for exquisite food. Originally built as a residence on McCorsley Avenue, The Brentwood has been viewed as the cornerstone of Little River and a favorite among foodies. The home has changed hands several times, while being occupied as a boarding house and several types of restaurants.

In August of 1997, Eric and Kim Masson, of France and Saratoga Springs, purchased the home and created a Lowcountry French cuisine restaurant. The Brentwood was crowned The Best French Restaurant on The Grand Strand 2009-2011 and Masson won the Coastal Uncorked Iron Chef Competition in 2011 and 2012.

Recently, the award-winning restaurant has been famous for something other than its palate-pleasing dishes. It appears the restaurant has been sharing its space with a few customers or past residents who refuse to leave. A&E’s Biography Channel filmed an episode of My Ghost Story at The Brentwood, proving their resident ghosts were not camera shy. Orbs, voices and black shadows were caught on camera, along with a sighting of a child beside the owner.

Little River has conquered wars, and welcomed locals and visitors for centuries. This quaint town has become a beautiful Southern landmark and has incorporated the old and new in an eloquent tapestry. Whether a resident or just passing through, this town will guarantee all of your senses will be in complete harmony. Here’s to another 300 years of history, food, and good ‘ol Southern hospitality.
Resources:
PHOTOGRAPHS COURTESY OF UNC CHAPEL HILL, WILSON LIBRARY AND THE BRENTWOOD RESTAURANT
Related articles: 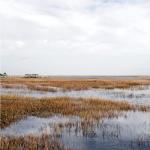 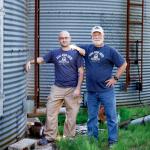