February 2022
Written By:
Sam Ikner
Photographs by:
courtesy of the Publishers

Read our recommendations for the best in romance and mystery 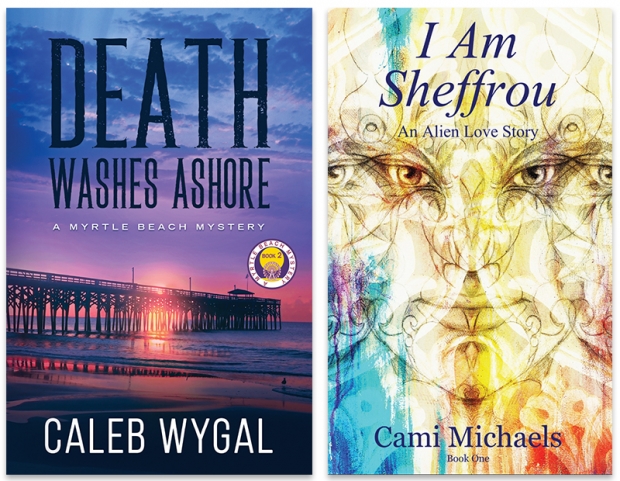 Wygal’s second book in his Myrtle Beach Mystery series, Death Washes Ashore, does not disappoint. Amateur sleuth Clark Thomas finds himself in the middle of another unfortunate murder case, this time featuring a famed star at the fictional Myrtle Beach Gladiator Games. Wygal blends new, fictional locations like the Gladiator Games perfectly with the real Grand Strand landscape, providing a new look at familiar surroundings for readers. Follow along as Clark pieces together the mystery of the murder of Connor West, Gladiator Games’ lead man and local celebrity. If you enjoyed the first book, the second is sure to delight. We’re treated to a deeper look at Clark’s past and left with a few more questions than we started with. Wygal’s craft shines through in this addition to the series, improving on his first entry in a number of ways and demonstrating his strengths as an author. It’s clear that Wygal has big plans for this story and he’s just getting started with these two entries. By page 281, you’ll be wondering when the third book is set to hit shelves!

I am Sheffrou: An Alien Love Story By Cami Michaels

Michaels’ debut novel, I am Sheffrou, showcases her ability to create entirely new worlds unlike anything we’ve ever seen. The novel blends elements of sci fi, fantasy, and romance, creating a star-crossed love story that really is out of this world. Tamara Walsh finds herself in an alien world after stumbling through a wormhole on Earth. Surrounded by an unusual alien society, Tamara struggles to find her place in this new world without losing her memories of home. The story is jam-packed with intrigue, as multiple forces compete for Tamara’s attention. There’s the business of returning home, along with rumors of an attack during one of the biggest Chamranlina festivals of the year. Then, perhaps the most pressing of all Tamara’s issues: she realizes she’s falling in love with her new alien protector, Maashi. Michaels’ creative mind blossoms on the page, treating readers to a colorful new world filled with interesting characters. The ending left us wondering what would come next for Tamara and her newfound family, so keep your eyes peeled for the rest of the trilogy! Content warning for sensitive or younger readers: we recommend this book for those over the age of 18. 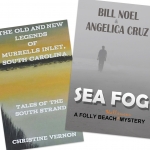 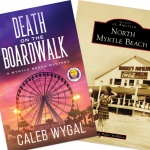 The Latest Book Releases: Death on the Boardwalk and Images of America: North Myrtle Beach 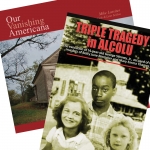