June 2021
Written By:
Julie Flanagan
Photographs by:
courtesy of the Publishers 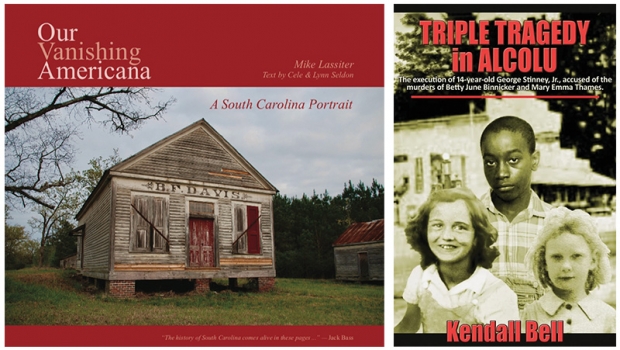 One day before, 14-year-old George Stinney and his sister did their daily chore of taking their cow out to graze. They spoke briefly to the two victims before the girls went on their way. Less than three months later, young George was executed by the State of South Carolina for the killings.

Though this case has been the basis for a fictionalized novel and movie, Triple Tragedy in Alcolu works to dispel the rumors. This was no small feat, as many documents, including the transcripts from the 1944 trial, had long since been destroyed or lost. While the families of the girls felt justice had been served, many others could see the absolute injustice of the case, given George’s age, a lack of evidence and the fact that he was the only black face in the courtroom.

In 2014, George's living siblings and supporters celebrated as a judge vacated his conviction. The book focuses on the facts that came to light during this legal proceeding, as well as the implications of the way the system failed George in 1944.

“This story is a real tragedy in every sense of the word,” says Kendall Bell. “No matter what anyone says or hopes, three children are dead. That’s a fact no one can deny.”

With the rise of big box stores, chain restaurants and pharmacies on every corner, sometimes it’s hard to remember the simpler times and the businesses that were part of them. Though many are still holding on in the modern landscape, more vanish by the day and many are long gone. After the success of a similar book on North Carolina, Mike Lassiter heads south to explore the vanishing Americana of the Palmetto State.

The book starts with the general store and the hardware store, both staples of days gone by. Next up is the “fillin’ station,” reminding us there was a time when most gas stations were not self-serve. Then we take a look at the grocery store, carrying local goods and even butchering their own meat, and the barber shop, a place for telling tall tales as much as for getting a haircut.

The theatre, many of which are still functioning in new capacities, is profiled, as well as the old-fashioned drugstore complete with soda fountain. After taking a look at some favorite down-home restaurants, more Americana that doesn't quite fit in other categories is explored, such as the legendary South of Border.

Many Grand Strand locations are featured throughout the book, including Lee’s Inlet Kitchen in Murrells Inlet, Theatre of the Republic in Conway and North Myrtle Beach’s Ocean Drive Barber Shop. Lassiter’s stunning photos of state landmarks are paired with text that takes us through the forgotten spots of South Carolina, creating a special mix of nostalgia and history. 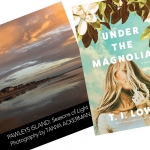 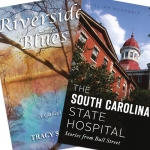 Two Great Books to Add to Your Reading List 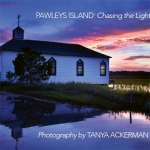 Editor/Publisher Linda Ketron, the force behind The Moveable Feast literary luncheons (now in their 20th year), has published three hardcover photographic works focused on the South Strand. The large books with lots of glossy photos are designed to enchant, entertain and enlighten anyone who has ever lived in or visited Pawleys Island or Brookgreen Gardens.
GENERAL TAGS:
myrtle beach / Conway / living / theatre