The 5 Best Chefs in the Myrtle Beach Area 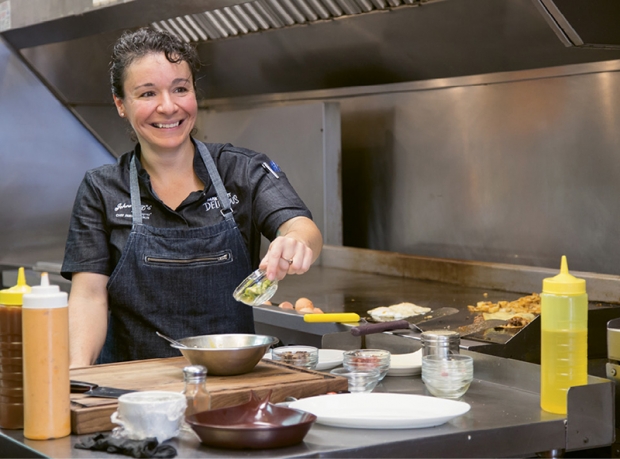 Jamie Daskalis - Johnny D's, Waffles and Bakery
Chef, restaurateur, author, blogger and advocate Jamie Daskalis keeps a host of fires burning both within Johnny D’s and the community. She grew up in the business, as her father owned four restaurants, and Jamie followed suit, graduating from the Culinary Institute of America with a degree in baking and pastry. Since opening Johnny D’s Waffles and Bakery, Daskalis has become a national figure, as her red velvet waffle was featured on the Food Network’s 50 States of Waffles in 2018. She also serves as an advocate for the autism community through SOS Healthcare and the Champion Autism Network. Daskalis published her cookbook, Making it Delicious, last year and maintains a food blog of the same name. Daskalis earns local and regional awards consistently for the food and warm environment that make Johhny D’s a favorite spot for breakfast and lunch. 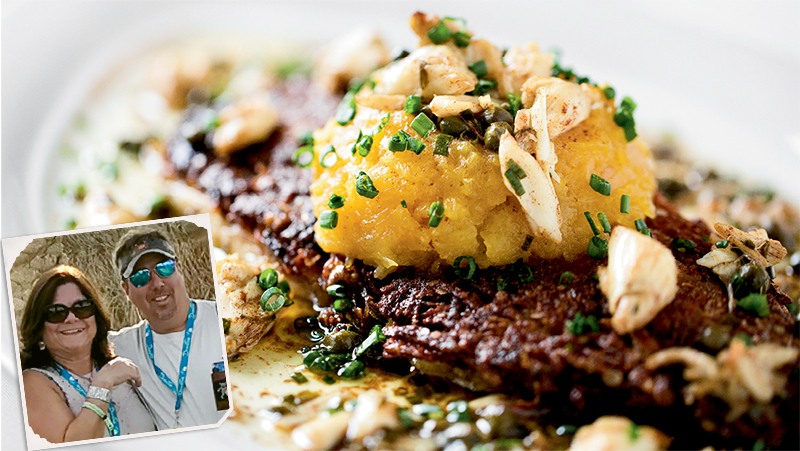 Paul Kelly and Trina Renault - Chive Blossom
Chive Blossom is a true meeting of the minds—and palates, styles and flavors. Owners Trina and PaulKelly (P.K.) Renault brought this blossom into fruition after years of respective successes in restaurants both local and distant. After eight years of successful culinary positions in Georgetown, Myrtle Beach and Pawleys Island, Trina opened Chive Blossom in 2002. The restaurant quickly gained popularity, in particular for Trina’s homemade soups and decadent desserts. Meanwhile, P.K. graduated from the French Culinary Institute in New York and honed his culinary skills at restaurants in Honolulu, Boston, Boulder and Frank’s in Pawleys Island before joining forces with Trina as Chive Blossom moved to its new location in Pawleys Island. Trina and P.K. bring expertise culled from their diverse backgrounds to each plate constructed in the Chive Blossom kitchen. 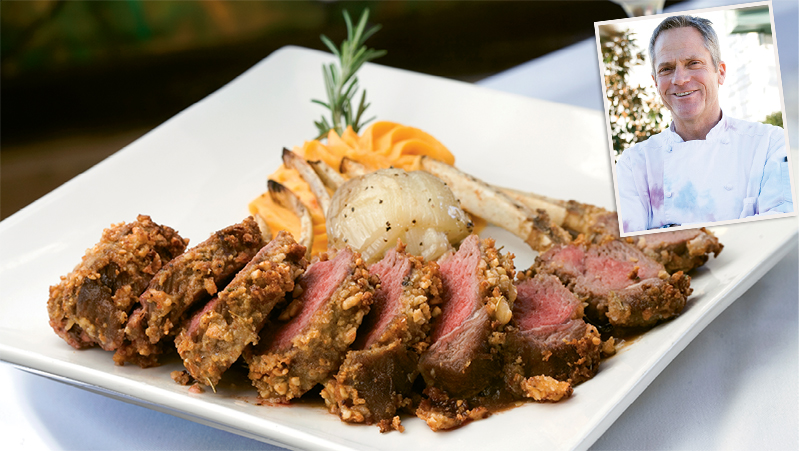 Ed Murray Jr. - The Parson's Table
Working his culinary magic within the historic and reverent Parson’s Table, Ed Murray Jr. has been a staple of Little River dining culture for decades. However, his accolades reach far beyond the Grand Strand. Known for his commitment to local and regional ingredients and resources, Murray Jr. and his restaurant have earned the Mobile Travel Guide Award, the Diner’s Choice Award from OpenTable and regular recognition in Wine Enthusiast and Wine Spectator. Murray Jr. was named one of the top 80 chefs in the United States alongside culinary legends Wolfgang Puck, Jeremiah Tower and Louis Osteen. Whether it’s local fried green tomatoes, savory wild mushrooms, in-house smoked salmon or the all-hallowed shrimp and grits, Murray brings the flavors of South Carolina to the plate on a consistent, daily and delicious basis. 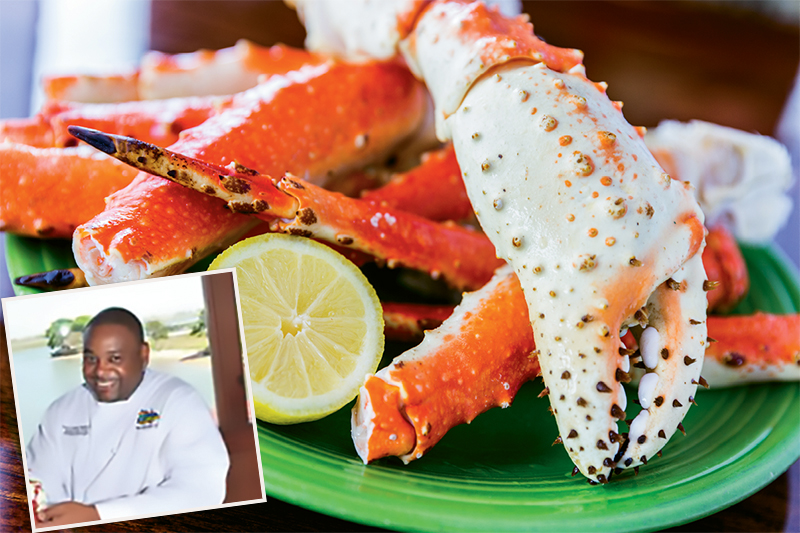 Casey Blake - Drunken Jack's
Casey Blake’s story is one of true native appeal and lifelong devotion to food, culinary culture and the restaurant lifestyle. Even better, he takes that devotion on the road, serving as a community ambassador for good food and culinary education. Blake started his restaurant career at 13 by lying about his age to gain a job as a busboy at the restaurant next door to Drunken Jack’s. Several years later, having worked his way up the chain, Blake became executive chef at Drunken Jack’s. The majority of Blake’s expertise derives from hands-on experience, and he’s had loads. In addition to overseeing the kitchen at the Murrells Inlet restaurant, Blake has managed the food tent at Brookgreen Gardens’ Nights of a Thousand Candles for more than a decade, as well as those at Atalaya’s annual art festival and Belin Memorial United Methodist Church’s annual Blessing of the Inlet. Blake won the “Best Damn Chowder” award from the Murrells Inlet community and was the South Carolina Restaurant and Lodging Association’s 2015 Chef of the Year. 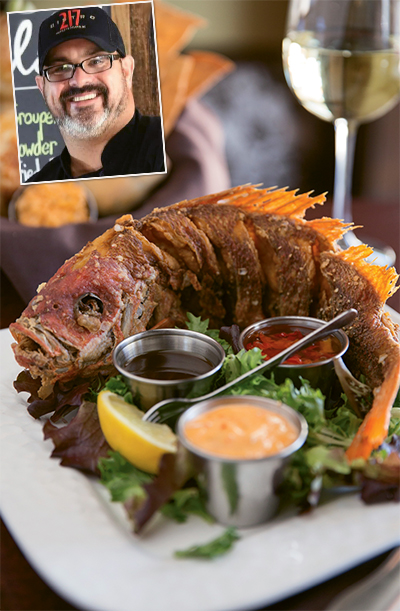 Adam Kirby - Bistro 217 and Rustic Table
Owner and award-winning executive chef at Bistro 217 and Rustic Table in Pawleys Island, Kirby has achieved national recognition for incorporating a wide range of culinary influences into creative, Southern-inspired dishes. Kirby was a 2017 South Carolina Chef Ambassador, named one of four chefs to make appearances throughout the state to hold cooking demonstrations, promote childhood nutrition and highlight South Carolina’s culinary excellence and agricultural bounty. During that period, he also won Best of the Fest at the Atlanta Food & Wine Festival. Kirby credits his home environment in his native Atlanta, including his mother’s and grandmother’s loving devotion to preparation and ingredients, his passion for food and his time living in Hawaii with sparking his interest in becoming a chef. Kirby is devoted to local sourcing of ingredients and products and has developed deep relationships with area farmers, fishermen and purveyors. 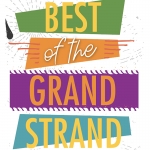 Aside from temperate weather and seaside views, there is another big perk to living on the Grand Strand. Our area is filled with great restaurants who dish out a wide variety of cuisines, atmospheres and flavors.
GENERAL TAGS:
Culinary Institute / Nights of a Thousand Candles / food / wine / Pawleys Island / Johnny D's / myrtle beach / restaurant / Brookgreen Gardens / art / living / dining / Georgetown