Come November, Horry County residents will have the opportunity to vote for the third RIDE (Road Improvement and Development Effort) plan, this time called RIDE 3. The difference between this plan and previous RIDE programs is that this one is bicycle friendly. For the first time since these road improvement plans were introduced, dedicated bicycle lanes, multi-purpose paths and sidewalks have been included.

Horry County’s RIDE 3 adds a mix of dedicated multi-path, pedestrian and bicycle facilities in a number of RIDE projects. The November 8 ballot will include the RIDE 3 referendum and voters will decide on the merits of 15 countywide RIDE 3 road projects in exchange for a self-imposed 1 percent sales tax. Communities throughout the Grand Strand asked for dedicated space along traffic lanes for recreational activities. The approval by voters for RIDE 3 could mean additional connectivity and safety for pedestrians and cyclists throughout Horry County in new ways that connect commercial sectors, existing trails systems and area attractions.

South Carolina communities are racing to earn The League of American Bicyclists’ “Bicycle Friendly Community” designation. Six cities have achieved a bronze level or better, while Coastal Carolina University has earned the “Bicycle Friendly University” bronze title for its network of bicycle lanes. Hilton Head Island remains the single Gold Bicycle Friendly Community in the state with its 100 miles of paved pathways, but Charleston, Columbia, Greenville, Rock Hill and Spartanburg are well on their way with bronze titles. In 2015, South Carolina ranked 44th among all states as bicycle friendly.

The Myrtle Beach City Council established the Bicycle & Pedestrian Safety Committee (BPSC) in 2014 to advise on issues related to bicycle and pedestrian infrastructure, safety and education. Since its establishment, the committee set goals to become both a bike friendly and walk friendly community. Recently, BPSC submitted an application to become a bicycle friendly community.

Locals recognize that the community has always been a recreational haven for walkers, runners and bicyclists, but the focused effort was to enhance both safety and connectivity. The BPSC committee has networked with county planners, regional planners, the East Coast Greenway association and the Palmetto Cycling Coalition to learn and integrate its work into that of other bicycle organizations. The East Coast Greenway is a trail system designed to connect major cities from Canada to Key West, not unlike the Kings Highway that once connected the colonial Eastern Seaboard from Boston to Charleston. Grissom Parkway Trail is designated as a portion of the East Coast Greenway, as it passes through Myrtle Beach and aligns perfectly with the proposed Myrtle Beach “Iconic Loop.” The Iconic Loop is a 26.4-mile mix of multi-purpose bicycle lanes that wraps the city, connecting commercial, historical and existing trail systems.

The Myrtle Beach 26.4-mile Iconic Loop is more than a stand-alone trail system within the city—it interconnects the city’s major commercial centers using existing multi-purpose paths and bicycle lanes to encourage pedestrian traffic. Commercial centers along its route include Broadway at the Beach, Coastal Grand Mall and The Market Common, while cruising Ocean Boulevard through the downtown commercial district to Marina Parkway on the north end and returning along Grissom Parkway. The aim is to connect bicyclists, pedestrians and non-motorized commuters to commercial centers where commuters can access public transportation. The loop incorporates a series of feeder trails along the route to area amusements, recreation and parks such as the Myrtle Beach Boardwalk and Warbird Park. It also connects to mountain trails like the A10 Warthog Mountain Trail and the Hulk Bike and Run Trail.

The RIDE 3 project list includes the Fred Nash Boulevard connector that completes a three-lane frontage road with a center turn lane and bicycle lanes from Farrow Parkway to Harrelson Boulevard. Full connectivity for the Iconic Loop comes with the completion of the Fred Nash Boulevard connection to Harrelson Boulevard. Currently, the road parallels U.S. 17 Bypass and terminates in front of the Myrtle Beach International Airport runway. The asphalt that remains shows an old road that was dead-ended when the Fantasy Harbor Bridge was constructed with RIDE 1.

But what does this mean for recreational enthusiasts, whether bicyclists, long-distance runners or walkers? The designated multi-purpose pathways in both directions will connect the bike lanes along Farrow Parkway to Harrelson Boulevard where fitness buffs can pick up the East Coast Greenway from North Myrtle Beach via Grissom Parkway and complete connectivity for the Iconic Loop through the south end.

A Case for RIDE 3

The majority of RIDE 3 funding comes from a 1 percent sales tax paid mostly by visitors. “Sixty-five percent of sales tax would be collected from tourists countywide,” according to Wayne Gray, member of the Citizen’s RIDE 3 Advisory Committee. Along the Grand Strand where tourist visits concentrate, the percent collected increases upwards to 80 percent. State funding for new roads is not in a future forecast and national trends place financing for new construction on local jurisdictions. As SC Department of Transportation Commission Chairman Mike Wooten says, “It’s on us!”

The rate of growth over past decades throughout Horry County has outpaced infrastructure capacity, adding to traffic gridlock. The need to improve and expand road capacity while ensuring public safety remains critical to meet the growth needs. Among its many projects, RIDE 3 paves 100 miles of dirt roads and resurfaces another 100 miles. Fifteen projects are estimated to cost $592 million with a goal of public safety and accomplishing three objectives: 1) expanding current road capacity to carry traffic; 2) repairing and preserving existing roadways, and 3) adding new roads to meet both current need and future growth.

Some of the projects include widening Forestbrook Road, Carolina Forest Boulevard, Highway 701 North and Highway 9 East of Loris. A long-sought project is a critical evacuation route for the south end of Horry County named the Southern Evacuation Lifeline (SELL). Once completed, SELL would serve as a southern corridor, not unlike Route 22 that serves as a northern evacuation route. The RIDE 3-SELL investment completes environmental studies while purchasing land for right-of-way. Another infrastructure addition is extending SC 31 east to North Carolina.

Voter support for RIDE 3 comes with a high price tag. But compare the RIDE budget to a one-year SCDOT statewide budget spread around to 46 counties for repair and maintenance projects. SCDOT spent $760 million in 2015 for contracts versus the projected $590 million for RIDE 3 dedicated solely to Horry County. In contrast, the Arthur Ravenel Jr. Bridge cost Charleston $700 million.

If motorists suspected road conditions statewide were bad, their suspicions were confirmed in April 2016 with the release of the Legislative Audit Council (LAC) SCDOT audit. Road conditions had deteriorated further from 2008 to 2014 as three decades of inadequate funding failed to keep pace with maintenance requirements. In addition, costs of poor road conditions is not limited to road maintenance and repair, but adds costs to motorists for vehicle repairs. The LAC study estimated annual operating costs for a Charleston motorist at $294 while the costs to a Greenville motorist was $405. State needs were further complicated and budgets stretched further in the aftermath of October 2015 when historic rainfall destroyed miles of road infrastructure, both roads and bridges.

Horry County leaders recognized decades ago that to wait on the state to meet Horry’s road needs would constrain the growth of the county and the Grand Strand. According to Wooten, “without the RIDE program, we would have gridlock today. Without question.” And road conditions statewide have gotten worse while the state governance for funding road maintenance has not improved. Horry’s needs have outpaced decades of robust growth.

RIDE is about infrastructure, road and bridges, but RIDE 3 is equally about meeting the area’s growth needs to improve safe transit for a range of users that include motorists, bicyclists and pedestrians. Take a trip anywhere around the county and note bicyclists and pedestrians who heed the call for fitness by hitting the pavement. But equally, head down the 10-mile stretch of Ocean Boulevard and note that cyclists are not limited to cyclists with skinny tires and spandex, but also include summer work commuters, families on a leisure tour and parents jogging with baby strollers in the bike lane.

The writer is a resident of Myrtle Beach and serves on the Bicycle & Pedestrian Safety Committee . For information about the projects that will be funded with the RIDE 3 referendum, go to www.horrycounty.org/Council/RideIII.aspx. 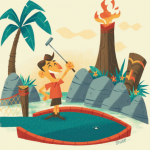 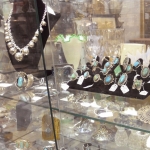 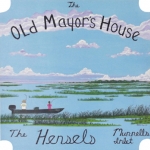