Scottish and the South 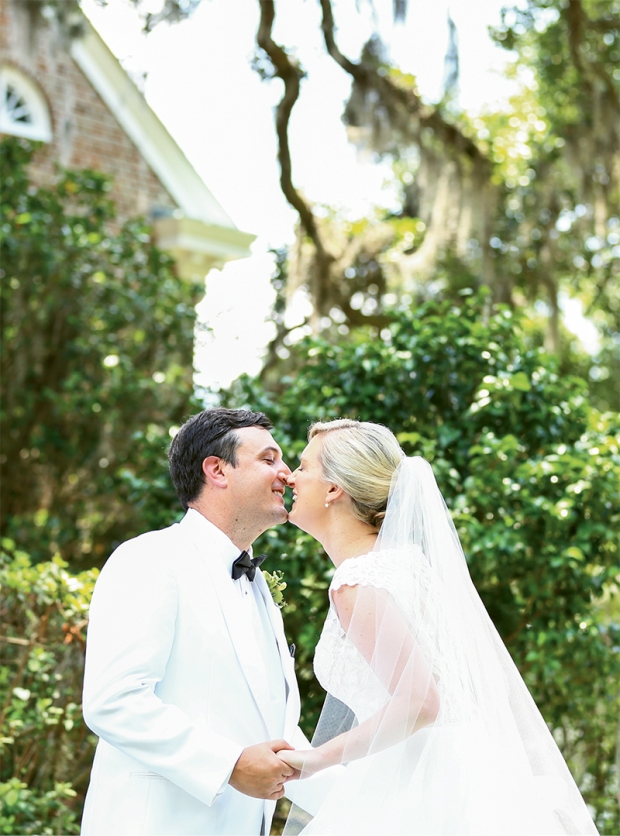 When Scottish heritage and Southern charm perfectly align and marry as a theme on a summer’s day, it’s destined to be a storybook wedding.

And such was the fairytale wedding of Kate and Edgar Smith on June 10, 2017, which began with a lovely ceremony held at Kingston Presbyterian Church in Conway. Paying tribute to their Scottish lineage, both bride and groom had the Murray and Bell clan tartans hung in the choir loft to represent Edgar’s ties to Clan Murray and Kate’s ties to Clan Bell. Edgar, his son, and his brothers also each wore a Murray tartan pocket square. Kate’s father and brother followed suit, each wearing a Bell tartan pocket square. Peggy Gaudreau, a local bagpiper, provided Scottish music during the ceremony.

The reception followed at the Conway home of Kate’s parents.

“I have always wanted to get married in my parents’ backyard,” says Kate. “My mom was married at her parents’ house, my brother was married here and Edgar proposed to me here, so it’s a very special place.”

After dating for three years, Edgar popped the question in the backyard during a Christmas card photo shoot with Edgar’s children. After Kate’s sister-in-law, Cara, took the family photos, Edgar said he wanted to take one last picture with Kate, and instead got down on one knee.

More memories were made on the day of the couple’s outdoor reception, thanks to the Southern ritual of burying the bourbon to ward off bad weather on the wedding day, as well as to the mother of the bride, Alys Lawson, former mayor of Conway.

“I can’t say enough how it call came together, 100 percent because of my mother and her sisters,” says Kate. “They even hand-tied the bridesmaids’ bouquets.”


But that wasn’t the extent of Mom’s handiwork. She was integral in making Kate’s dreams for a romantic blue-and-white-themed summer afternoon garden party come true. Blue hydrangeas growing in the backyard, Kate’s favorite, were plucked and placed into an assortment of vintage blue-and-white centerpiece jars donated by friends and family. Blue-and-white floral china, lace tablecloths thrown over tables shaded by ivory parasols, a custom-made Victorian duogram and more winks of blue accents under the large tent completed the backdrop for the big day.

“It all came together for my dream wedding,” says Kate, who looked exquisite in her ethereal ball gown-style wedding dress.

Finishing touches included the food catered by Kate’s aunt and uncle, Darren and Cyndi Smith, owners of Rivertown Bistro in Conway, and music provided by the band Backporch Orchestra, who played everything from acoustic bluegrass during cocktail hour to popular hits with a dance beat.

“Thanks to my mother, I did not get stressed out, but, truly enjoy your day,” she says. “Enjoy it! Spend time with your family and your new husband.”

After a honeymoon in Scotland, of course, Kate and Edgar returned to Savannah, where they live and both work as attorneys, with the firms Hunter Maclean and Fisher Broyles, respectively. 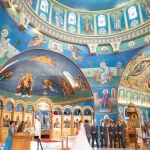 Wedded Bliss is All Greek to This Couple

Emily & James paid tribute to his heritage on their big day 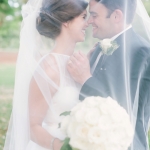 Their Hometown is Where the Heart Is 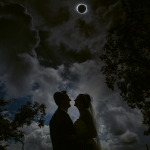