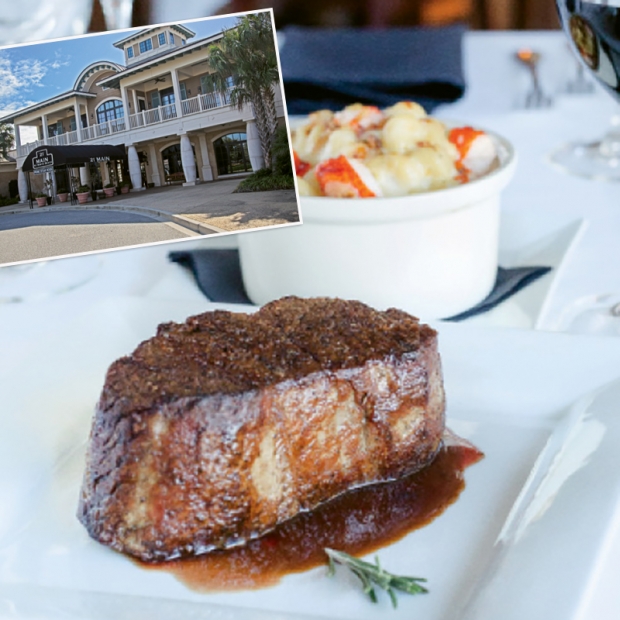 Upscale linen tablecloth fine dining—with prime aged beef, creative seafood dishes, a superb wine list and crafty high-end cocktails—got a boost when 21 Main Prime Steakhouse opened in 2011. 21 Main first drew its clientele from nearby vacationers and homeowners who were a short golf cart drive away from its front doors. But over the years the restaurant has grown, capturing the hearts of dedicated diners all along the Grand Strand.

Constantly reevaluating and striving to be the best possible version of itself, 2018 has ushered in a few small differences at 21 Main. For starters, the overly popular happy hour that once drew large boisterous crowds (but competed with those looking for an intimate, quieter dining experience) is gone. So too is the sushi bar, which, according to General Manager Steve Greene, was never a big part of the restaurant’s draw.

“Everybody does sushi now,” said Greene, “and so we wanted to do something really special with the [old] sushi bar, which is a focal point of the restaurant.” Just opened in March, the 21 Main Raw Bar offers fresh oysters, local shrimp, prawns, seared tuna and other seafood delicacies to be enjoyed seated at the raw bar or at any of the restaurant’s seats in the bar and dining room.

Those who remember the happy hour at the bar and lament its loss will be delighted to know that around a dozen reasonably priced appetizers serve as excellent small plates and shareables.

The Gnocchi with Lamb Bolognese is a meal unto itself, rich with tomato sauce and ground lamb and topped with Pecorino Romano cheese ($11). The Fried Calamari is tender with a good crunch, served with Sweet Chili Aioli & Bacon Sauce (must try) and a savory Pomodoro Sauce ($11). Also in the small plate realm, the Lobster Bisque is worth traveling long distances for ($13). Salads, jumbo shrimp and more round out the starters, most in the $10–$13 range.

A new menu, coming May 1, will tweak the restaurant’s offerings without losing its most popular items.

Featuring attentive service (but not overly so), an excellent wine list, house and call liquors, a wide assortment of beer and high-end whiskies and bourbons, 21 Main offers diners that special experience that’s rather uncommon along the Grand Strand.

Reservations recommended but not required 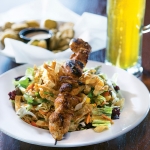 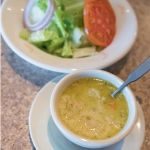 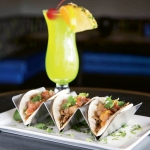