Passing Down A Tradition 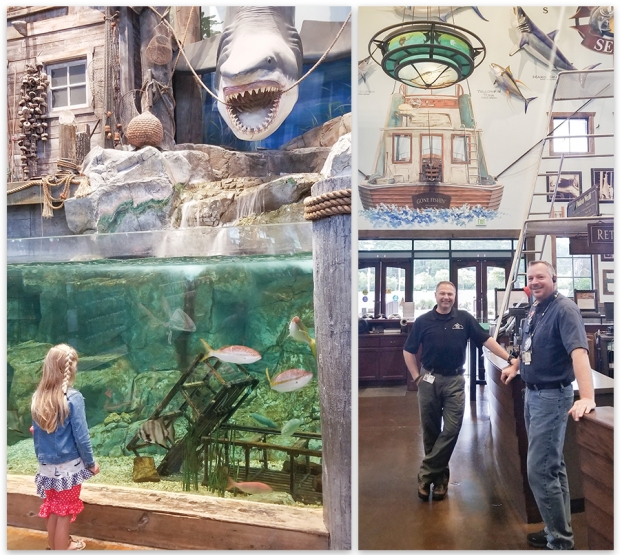 (Left) Children of all ages are mesmerized by the natural outdoor displays at Bass Pro Shops at Myrtle Beach Mall; (Right) Before the store opens, Jason Bishop (left) and Chris Baker prepare for the morning meeting that Baker uses to inform and motivate his crew.

“We don’t inherit the earth from our ancestors, we borrow it from our children” – Native American Proverb

The 1970s were a time of movements and shifts in American mindsets. One of the most important shifts was an awareness of the need to conserve and appreciate nature. In Springfield, Missouri, an idea was born by a visionary named Johnny Morris that business and conservation could go hand-in-hand, so in 1972, he created and opened Bass Pro Shops.

At about that same time in Salem, Missouri, some 100 miles away, Chris Baker was born and now carries on the original vision and legacy as the General Manager at Bass Pro Shops on the Grand Strand.

It probably comes as no surprise to anyone who knows him that Baker grew up on a farm. His father introduced him to hunting and fishing as soon as he was able to hold a fishing pole.

The farm included multiple ponds that were loaded with bass, bluegill, crappie, and catfish. Chris’s older brother always included him in his outdoor activities, Baker says, so many days were spent honing the skills and techniques of fishing and hunting together. Deer, quail, a few rabbits, and the occasional nuisance coyote were always available to be harvested for the table and freezer. Of course, this happened when they weren’t busy helping tend to the cattle or harvesting hay. 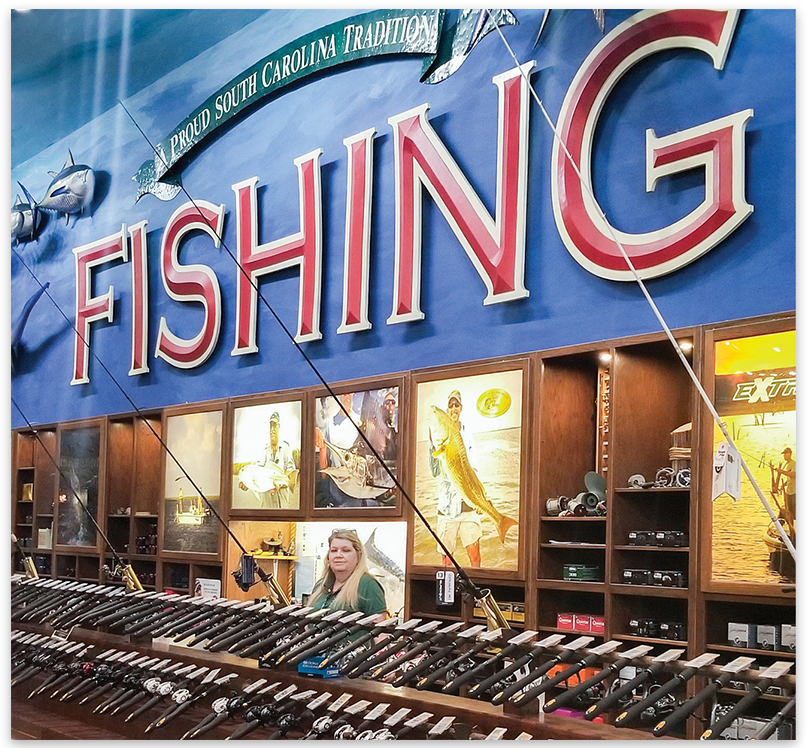 Mary Ford keeps everything in line behind the fishing counter.

The foundations of faith, family, respect and appreciation of the outdoors, and a strong work ethic were already being molded from a young age.

In addition to fishing and hunting, Baker managed to make time for sports at Salem High School, where he graduated in 1993. He played baseball, football, and basketball – but his true love was always the outdoors.

Chris didn’t continue to play organized team sports when he moved away to college at the University of Missouri in Columbia, Missouri, concentrating instead on his passion for fishing and hunting. During the summers away from school, he would return home to Salem and work at the local lead mine in addition to helping with chores on the farm.

Baker graduated from the University of Missouri with a degree in fish and wildlife biology. After graduating, Baker moved to Springfield in August 1998 to be closer to his future wife, Kim.

Most anyone who spent time in the outdoors was familiar with the outdoor company in Springfield called Bass Pro Shops, which had already branched out to a handful of stores with the mission statement of “Inspiring everyone to enjoy, love and conserve the outdoors.”

The founder, Johnny Morris, was being labeled “the Walt Disney of the outdoors” in part because all of his stores were a display of fish and wildlife that educate and promote the environment.

Baker says he couldn’t refuse the opportunity to join a team of like-minded folks who shared his beliefs and principles. With degree in hand, his application was accepted and he started out his career at the home store as an associate working the hunting counter.

(Left) General manager Chris Baker, above, sits at the helm of the Myrtle Beach Bass Pro Shops operation; (Right) Baker is hands-on with his management team.

Baker says he realized early on that this was an enjoyable place to work – a feeling that is still realized today by thousands of employees. After about a year, he was promoted to camping manager, then to hunting manager, where he stayed for about five years. By this time, he had married his sweetheart and was already starting a family.

With a new store opening in his old college town of Columbia, Baker jumped at the promotion offer of being the merchandise/operations manager. He stayed in the position for about four years before being offered the General Manager position at Bass Pro Shops in Myrtle Beach, where he relocated with his wife, son Bryce, and daughters Katelyn and Megan.

During his introduction to management, Baker started to fully see the depth of involvement that he and Bass Pro Shops bring to shaping the hearts and minds of generations to come, by passing on knowledge and experiences, as well as investing in local partners.

He says that their Outdoor Fund and Johnny Morris Conservation Foundation support more than 2,000 local, grassroots nonprofits in communities across the U.S. and Canada. An incredible 97 cents of each dollar donated supports conservation efforts. Grand Strand residents have benefited from their generosity in the form of prizes for local tournaments, hands-on instruction for children on the fishing piers on “Take a Kid Fishing Day,” and numerous other activities.

“One of the best parts of my job is still taking care of customers and sharing my experience,” Baker says.

This positive outlook is a common attitude among the staff.

“Everyone here has a passion for the outdoors and a desire to pass that knowledge to the next generation,” says 16-year employee Greg Cox.

Keith Shepard, who has been at the store for 18 years, says “Bass Pro Shops takes good care of their employees.”

Special events happen regularly at Bass Pro Shops, but nothing compares to the holiday extravaganza during the Christmas season, when the store is transformed into a winter wonderland with Santa’s Workshop, complete with reindeer, elves and Santa himself.

The company has always stressed a family atmosphere and there are games and crafts for every member of the family. The store merchandise goes beyond fishing, hunting and boats, so there is something for everyone, even if they don’t participate in those activities.

The Christmas season is also a time when Baker feels especially grateful and passionate about his team and his community, saying, “I love the Myrtle Beach community. I wouldn’t want to be anywhere else.” 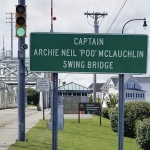 The Names Behind the Bridges 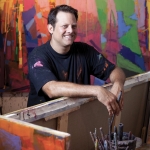 A Memory and a Memorial 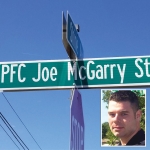