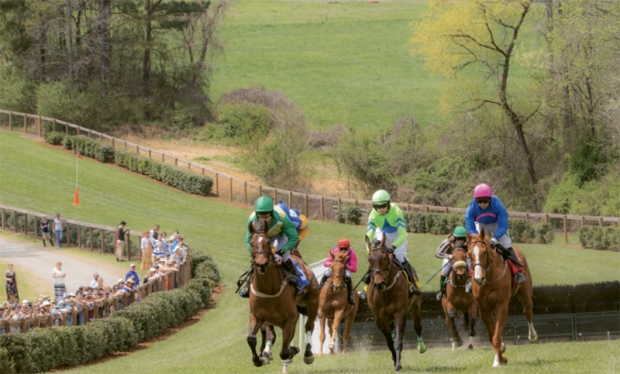 “People move to Tryon for the horse culture,” says equine historian and Tryon resident Libbie Johnson. “That’s been a century-long tradition.” The foundation was set in 1917, when horse lover Carter Brown, a Michigan businessman, made his winter home in Tryon. Brown was lured to the region’s pleasant climate and beautiful landscape.

While the hospitable Brown invited wealthy friends from the Great Lakes region to join him in fox hunts, he was also instrumental in attracting the US equestrian team to train in Tryon for the 1956 and ’60 Olympic Games. In the century since Brown arrived, North Carolina has assembled the 10th largest horse industry in the country, pumping $2 billion into the state economy annually. Much of that economic activity is concentrated in the horse country that stretches from Asheville to Greenville, South Carolina, with the hub in Tryon.

Prior to the opening of Tryon International Equestrian Center, says Johnson, Polk County was already home to 500 horse stalls, a 250-mile network of riding trails, and two equine competition venues: the Foothills Equestrian Nature Center and Harmon Field. Yet, it’s the friendly, horse-centered lifestyle unique to the region that attracted Johnson and plenty of others to the quaint hamlet on the edge of the Blue Ridge Mountains. According to Johnson, Brown and his cohort who established the equine tradition in Tryon were not impressed with great wealth. “In some places, equestrian sports have become elitist,” says Johnson. “There is definitely extreme wealth here, but folks don’t flaunt it. Brown really wanted to promote a sport that was open to all. That’s a tradition we’d like to continue.”

As for the World Equestrian Games, Johnson says the town of Tryon is prepared despite having, by her count, just five traffic lights. “There’s not a friendlier place on earth to welcome the world,” she says. “This is a special place for horses and people who love them.” 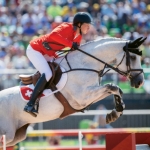