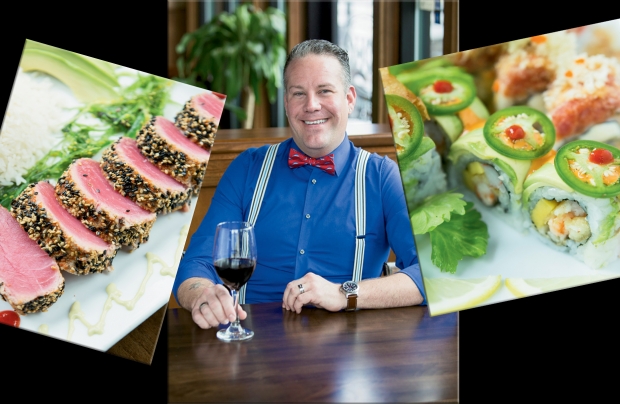 A trendsetter from way back, downtown Soho has been one of Myrtle Beach’s original hipster spots for 20-or-so years.

It’s not easy to navigate the cutting edge of trendy, but Soho has recently recreated itself just enough to keep on top of its game.

Moving from its old beach house digs to a brand new building could have been risky business, but the new Soho is right across the street from its birthplace, ramping up the hipness factor with a rooftop bar and lounge, simply called Rooftop21.

But what has worked well for Soho for years is still there—a blurry yet successful formula for the makings of an en vogue eatery. Ostentatious or stuffy it’s not. The signage is a statement, not a scream. You still park in the back, but you’ll have a much easier time finding a spot. And that off-the-beaten-track feeling you get winding along the strategic alleyway to the door is like arriving somewhere that’s secretly special.

Even with way more seating, Soho has managed to keep its communal hangout atmosphere with tight table arrangements, great background music and subdued lighting. You can see it. People are relaxed and comfortable and willing to mingle here.

Sushi and sashimi have always been at the core of Soho’s appeal. And with new starters and rolls on the roster, there’s an impressive 118 options to order from the sushi bar.

A personal favorite is the Tuna Martini. Yes, it’s served in an official martini glass. Not shaken or stirred, it’s meant to be eaten. Crunchy and savory, this martini is a layering of Ahi tuna, seaweed, cucumber, crab meat, tempura flakes, masago and sesame seeds. But I may have to forego my appetizer of choice at least once to try out Soho’s Japanese Stone Grill. I watched a young family of four stay mesmerized as Daddy grilled paper-thin slices of filet mignon on top of a hot stone and wet them with wasabi dip.

From Japanese to Mediterranean to a bite of French, plus hibachi, pad Thai and even a Vienna schnitzel, it’s safe to say that Soho’s main menu is all over the map.

None of these culinary flights come with coach-seat fares, so I’ll let you in on a way to thoroughly enjoy the Soho experience at nearly half the price: happy hour!

The bar area at Soho is a comfy gathering place where you can hop onto a barstool or scoop up a first-come, first-served table. During happy hour, select bottles of beer are $2, glasses of wine are $4, and well liquor drinks and hot sake can be had for $3.

Don’t get me wrong, I’ve had some pretty great full-course dinners at Soho, but I have to admit that I’m kind of hooked now on the all-out hipster pulse of the bar. That and the fact that I can sample a cross-section of Soho’s best nibbles for $10 or less a plate.

Although the happy hour bar menu is limited, it does give you a choice of six sushi rolls and I think you’ll agree that the spicy crab is one of the best in town. For $5, you can also order spicy tuna, spicy salmon or a California roll.

Some of the ever-popular Soho faves are also on the 4–7 p.m. menu, like Bang Bang shrimp, sautéed mussels in broth, baked New Zealand mussels and tuna tataki.

On my February visit, Rooftop21 was on limited operating hours, but I had already heard raves about the sunset views, specialty cocktails and vertical garden.

Rooftop21 has a menu all its own that’s free-range, wild-caught, grass-fed and organic as possible.

A spinach and goat cheese salad is one of five tossed greens on Rooftop’s menu, and this one includes beets and candied pecans. Here you can order Shakshuka, where three eggs are poached in a spicy tomato stew and served with pita. Or you can have a falafel or hummus plate. And when the season permits, the menus includes steamed peel-and-eat shrimp, Alaskan crab legs and oysters on the half-shell.

From Rooftop to bar area, Soho’s ambitious kitchen and full sushi bar cannot fail to offer something of interest to even the pickiest of palates. Even my Montreal-based, food-centric cousins insist on doing Soho on every visit to the beach.

It’s no easy feat to dust yourself off after 20 years, go new, stay true to your brand and still appeal to the ever-changing hipster in all of us.

Props to you Soho! You’ve done it again. 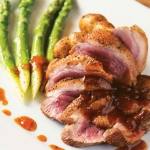 The SWEETHEART of Longs

Down to a Science