Alexandra & Michael adore the place they started their life together 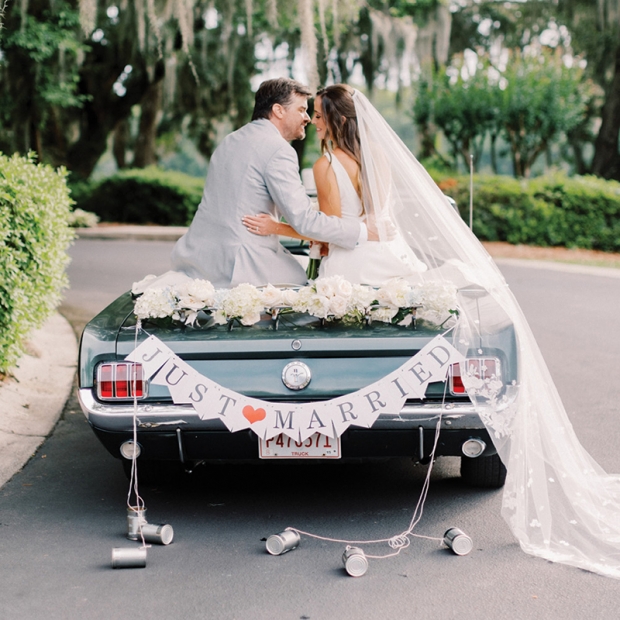 Born and raised here on the Grand Strand, Alexandra Boineau now calls the Charleston area home. It has a special place in her heart. Plus, it’s where she met husband Michael Moss.

The couple was introduced by a mutual friend, who invited them to a happy hour in Mount Pleasant, which continued with 7 ½ years of dating bliss.

“I just had a feeling from the day that we met that he was ‘the one,’” says Alexandra.

Engagement day took place on their favorite beach, Sullivan’s Island, where Michael asked Alexandra if she wanted to take their Labradoodle pup, Beau, on a walk.

“Sullivan’s is a special place for us, as we spent a lot of time there when we first started dating,” she says. “It was a beautiful day, but also a little chilly and windy, but I said yes and we headed to the beach. Right as we were getting ready to leave, I turned around and Michael was on one knee. It was so special being at Sullivan’s and having Beau there, as well!”

Alexandra and Michael were married outdoors at high tide on the bluff of the Wachesaw Country Club that overlooks the Waccamaw River on June 5, 2021. It was a romantic summer setting, surrounded by loved ones and 300-year-old live oaks laden with Spanish moss for a peaceful backdrop in this natural landscape.

Alexandra stood before Michael in an elegant A-line wedding gown with a cathedral train, designed by Jodi Moylan, owner of White on Daniel Island. Her statement cathedral-length veil completed her look.

As for décor highlights of the ceremony, “If you know me, you would quickly realize that flowers are really important to me,” says Alexandra.

She included all her favorites: hydrangeas, white roses and peonies as centerpieces on each table at the reception. She says she also loved the idea of using magnolia and greenery alongside the white hydrangeas to line the reception tent opening. It was a theme she carried over into the ceremony, draping the foliage on the rear ceremony chairs for a gorgeous, garden-like ambiance.

Adding to the charm of the Big Day was the couple’s fur baby, Beau, who made an appearance pre-ceremony, then watched from afar, since he was a bit too excited for Mom and Dad (and all the guests).

Following the “I do’s,” sounds from the live jazz band, Irresistible Groove, kicked off cocktail hour, followed by a plated dinner reception taking place under a clear tent overlooking the scenic river. Special moments include the bride’s Grandmother Dotsy (Alexandra’s middle name namesake) giving a toast to the bride and groom with a heartfelt story and a beautiful blessing and a toast given by Alexandra’s father, Trippett.

Guests celebrated by dancing late into the night and were treated to Alexandra’s brother and a large group of Michael’s friends performing the classic “Ice, Ice Baby,” complete with entertaining vocals and dance moves.

For the wedding day’s grand finale, guests lined up with sparklers in hand to shine light onto the bride and groom sendoff in their getaway car, decorated with flowers and tin cans! It was Michael’s prized 1967 Mustang convertible, a work in progress when he first bought it around the time he and Alexandra started dating. He says he had no idea that it would be a showstopping getaway car at his wedding.

“One of the biggest highlights of this special day was having all of our family and friends together in the same place celebrating with us,” remembers Alexandra. “Everyone bonded so quickly as if they were lifelong friends.”

The newlyweds currently live in Mount Pleasant. Michael works in healthcare IT sales and loves to tinker with vintage cars. Alexandra is a realtor/new home sales consultant for Pulte Group, plus blogs as a lifestyle influencer in her spare time about her love of the Charleston lifestyle, beautiful clothes, flowers and decorating. 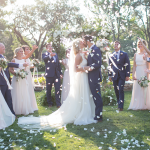 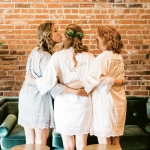 It was love at first sight for this happy couple 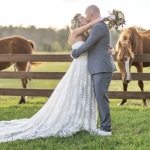