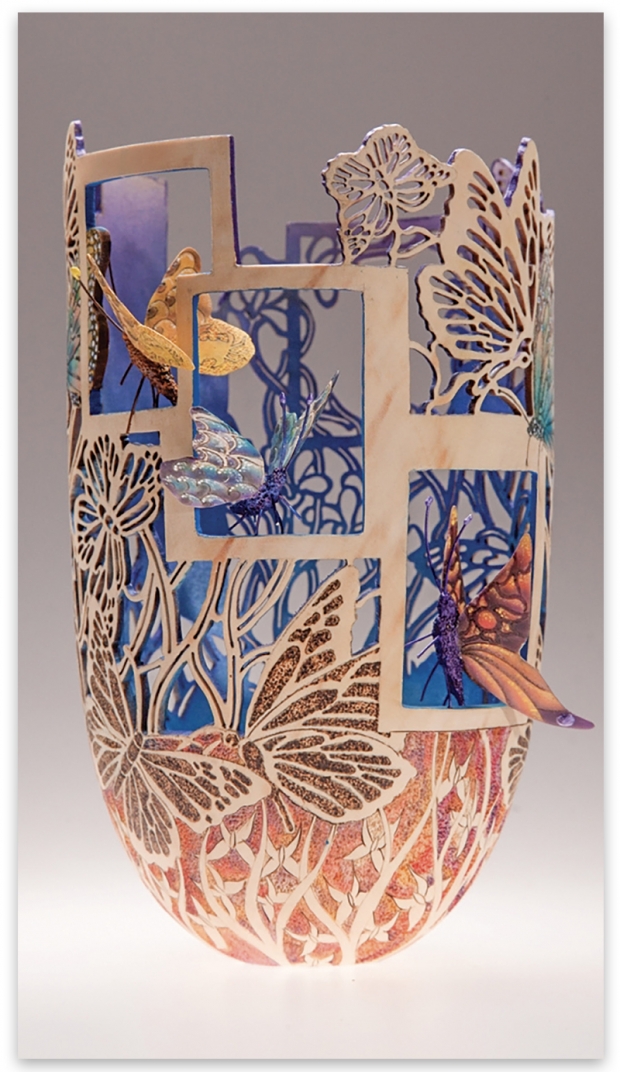 Created in 2013, “Kindred Wings” was exhibited at the Franklin G. Burroughs-Simeon B. Chapin Art Museum in 2014 as part of the Shadow of the Turning: The Art of Binh Pho exhibition, after which it was gifted to the Museum’s collection by Paul and Sheri Robbins of Palo Alto, California.

The museum’s permanent collection is being exhibited in honor of the Art Museum’s 25th anniversary through Feb. 25.

Binh Pho (1955-2017) was a critically acclaimed artist, known for an expansive approach to work in wood and glass that included painting and a unique exploration of positive and negative space. After an idyllic childhood in Vietnam, Pho saw the rise of Communism and escaped to the United States. His works featured a highly personal iconography, with imagery that relates to Asian culture and the natural world.

Binh Pho’s work is exhibited internationally and in the permanent collection of numerous museums including The White House Collection, Renwick Gallery of the Smithsonian of American Art, and Museum of Art and Design (N.Y.).

Joey Richardson is an English artist known for her delicate wood forms. Born in Lincolnshire, England, she grew up in the heart of Twigmoor Woods on a small farm. There, the magnificent trees subliminally rooted within her a deep love for the woodland and she began turning and carving reclaimed local timber.

Richardson’s  sculptures are held in numerous permanent and private collections. Inspiring others, she lectures and demonstrates her techniques globally. She has been awarded the prestigious QEST Award of Excellence (2015), and was made a court assistant of the Turners Company in 2018. 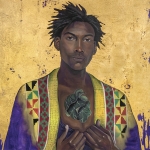 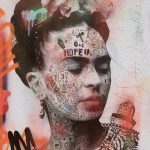 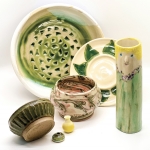