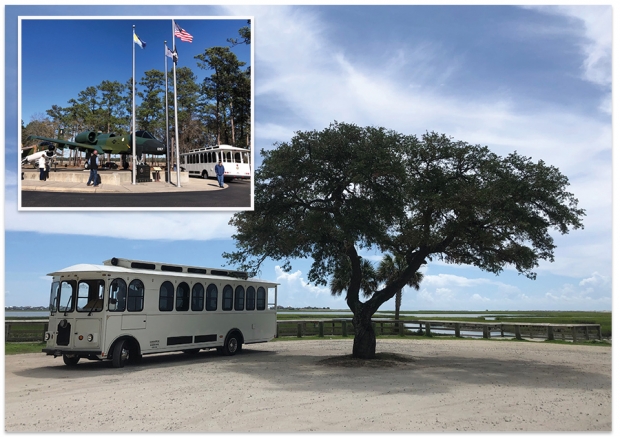 One of the many trolleys from the CLC fleet that Hedgepath uses for tours.

Whether you’re a Myrtle Beach native, or a long-time vacationer, chances are you’ve heard of the Myrtle Beach History Trolley Tours. I discovered them through creating Grand Strand Magazine’s event calendars—it wasn’t until I reached out for photos that I discovered these polished and intriguing tours I thought were a group effort were essentially run by a one-woman team. That team is comprised solely of Kathryn Hedgepath. We were lucky enough to get an interview with this inspiring tour guide and learn more about the Trolley Tours’ creation.

Hedgepath is a Myrtle Beach native with a soft spot for local history. Oddly enough, the idea for the tours actually came about due to a rumor.

“In 2017, when I worked for the marketing department of The Market Common, someone at the Myrtle Beach Area Chamber of Commerce started telling people that we gave military tours… but, we didn’t.” she says. Instead of panicking, however, Hedgepath took the idea and ran with it.

“I created one … Just before that time, Joe Reinhardt, the owner of Carolina Limousine and Coach (CLC) had reached out suggesting that, in addition to the charming carriage rides that were already being offered, customers may enjoy rides on the trolley that had been added to his fleet.”

They began running them once a month in the cooler months, adding in other history tours in 2019. By 2020, Hedgepath officially partnered with CLC to start running four total trolley tours on a weekly basis, with each one selling out week after week until the pandemic hit. Eventually, they were able to offer socially distanced tours that fall.

“I thoroughly love giving these tours. The best part is when guests really connect with the information, perhaps hearing something exciting that they had never known before. I look forward to sharing these great stories with many more guests as the pandemic subsides,” she says.

One of Hedgepath’s favorite tours was a custom creation for a group of top officers of a national organization. The group met in Myrtle Beach and wanted a special tour created just for them. After doing some research, Hedgepath learned that their founder created the organization after taking a three-month tour of the South in 1866—just after the Civil War. That trip included nearly a week’s stay in Georgetown, which Hedgepath faithfully recreated for the tour group.

“I wouldn’t mind creating more bespoke tours in addition to offering our four main ones,” Hedgepath says of the future. “Whether they are aboard trolleys, coaches, activity buses or modes of transportation that we haven’t thought of yet, I see myself doing this until I’m a little old lady. One of the trolleys has a wheelchair lift, so I could be doing this until I reach a ripe old age.”

Tuesdays (10 a.m.-12 p.m.): Myrtle Beach History, Movies and Music—An in-depth look at the movies and music that played an integral role in Myrtle Beach’s history. Stops include a Green Book listing and The Fitzgerald Motel at Charlie’s Place Historic Site.

Wednesdays (10 a.m.-12 p.m.): Early Myrtle Beach and The War Years—Learn more about Myrtle Beach’s origin story, with a heavy emphasis on what it was like to live in the area during WWII.

Select Fridays (2-4 p.m.): Myrtle Beach Military History Trolley Tour and Catered Reception—Explore what once was the Myrtle Beach Air Force Base and an Army Air Corp Airfield during WWII, now known as the The Market Common District. Stops included are Warbird Park, the General Robert H. Reed Recreation Center and the Norton General Aviation Terminal. You’ll finish the experience with a catered reception at Tupelo Honey 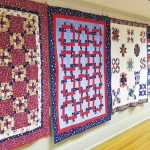 Quilting for a Cause 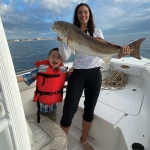 Online company reels in the customers for some of the Grand Strand’s top charter boat captains. 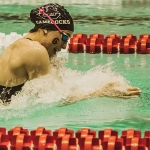 Steele for the Gold?