Grand Strand Couple and Their Crew of Good Samaritans Give Back 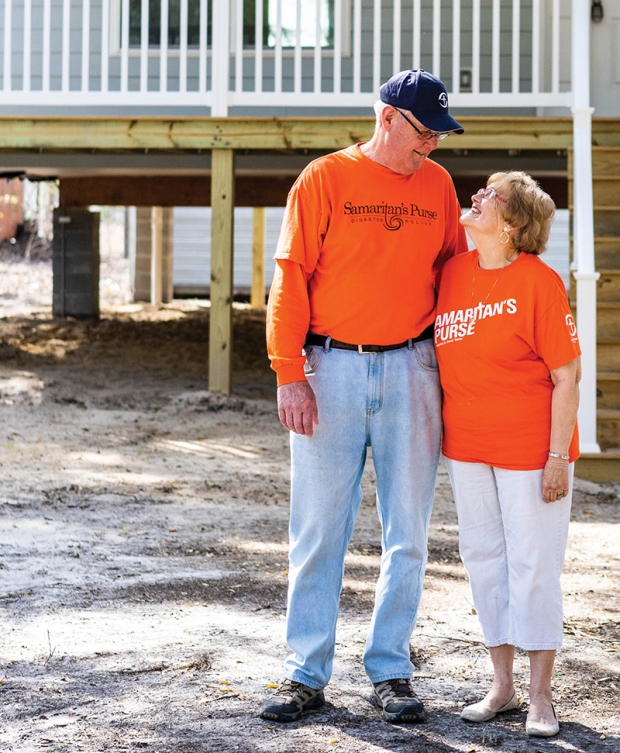 Hurricane Florence blew through our area in September 2018 and left damaging floodwaters in her wake. And, while she’s not even a speck on the Doppler, there are still folks reeling and recovering from Florence’s aftermath.

That’s when Good Samaritans like Frank and Amylou Antes with Samaritan’s Purse step in to help out. Globally, the Christian humanitarian aid organization provides assistance to people who are victims of war, poverty, natural disasters, disease and famine as a key part of its missionary work. The organization's president is Franklin Graham, son of Christian evangelist Billy Graham.

The local Samaritan’s Purse crew is based out of Timberlake Baptist Church, located on S.C. 707 between Socastee and Murrells Inlet, where Frank serves as the project superintendent and Amylou as the office manager, as well as a few construction workers, a volunteer coordinator, case worker and a cook. And then there are the volunteers, which are a godsend.

“We’ll have anywhere from 18 people a week come in from across the country to 25 college students a week during the month of March,” says Frank, who started out volunteering with the organization seven years ago at locations up and down the East Coast.

The retiree from the construction industry says he began on the job in January 2019, and that the crew at Timberlake Baptist will probably remain here to serve through March 2021. The Antes live in Pawleys Island.

“A majority of our work has been in the Rosewood community of Socastee and in Conway,” he says. “Pretty much every house had four feet of water in it, and as many as four times. So we decided to elevate the houses 82 inches above ground. And sometimes we build brand new houses, where people were once flooded.”

Frank says the crew’s goal was to complete 50 houses during their time here, and they’re well on their way to doing that.

“And it’s totally free when we do it. It’s no cost to the homeowner whatsoever,” says Frank. “Our philosophy is that we give back, just as Jesus paid the price for us. When we hold each dedication, we have a piece of paper that says paid in full. It’s pretty awesome to see those people get back into their houses.”

Which is also thanks to the monetary donations made, as well as the local day volunteers who donate their time and are always much appreciated.

If you’d like to volunteer, whether you’re local or visiting on vacation, call Frank Antes at (843) 331-2508. For more information on Samaritan’s Purse, visit samaritanspurse.org. 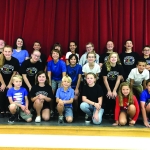 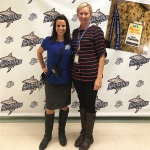 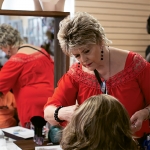