The World Amateur, entering its 37th year, takes golf to the next level 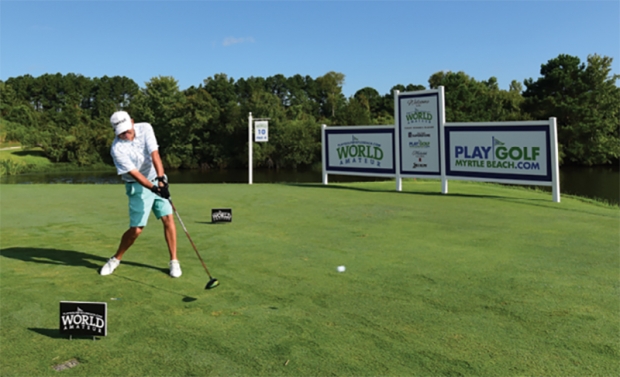 If I could only play one amateur golf tournament in my life, it would have to be the World Amateur. Nowhere else on this planet can you test your skills against over 3,200 amateur players traveling from 49 states and 20 countries on 60 of the finest local golf courses over five days. Add to that a four-day party extravaganza that includes unlimited food, drink and entertainment—not to mention over $100,000 in prizes and giveaways—and you’ve got an event to complete any golfer’s “bucket list.”

Hosted and run locally by playgolfmyrtlebeach.com and PGA Superstore, players are pre-assigned in flights according to their age and skill level measured by their USGA handicap index. The Handicap Committee aggressively monitors and adjusts peculiar or exceptional scores during the tournament to prevent “sandbagging.” In my case last year, this wasn’t necessary due to an unfortunate and untimely visit during each round from cameo appearances of the dreaded shanks. Playing with three new golfers from around the world each day proved to be fun, enlightening and memorable, especially since the local head pros had their golf courses in top condition for the event. 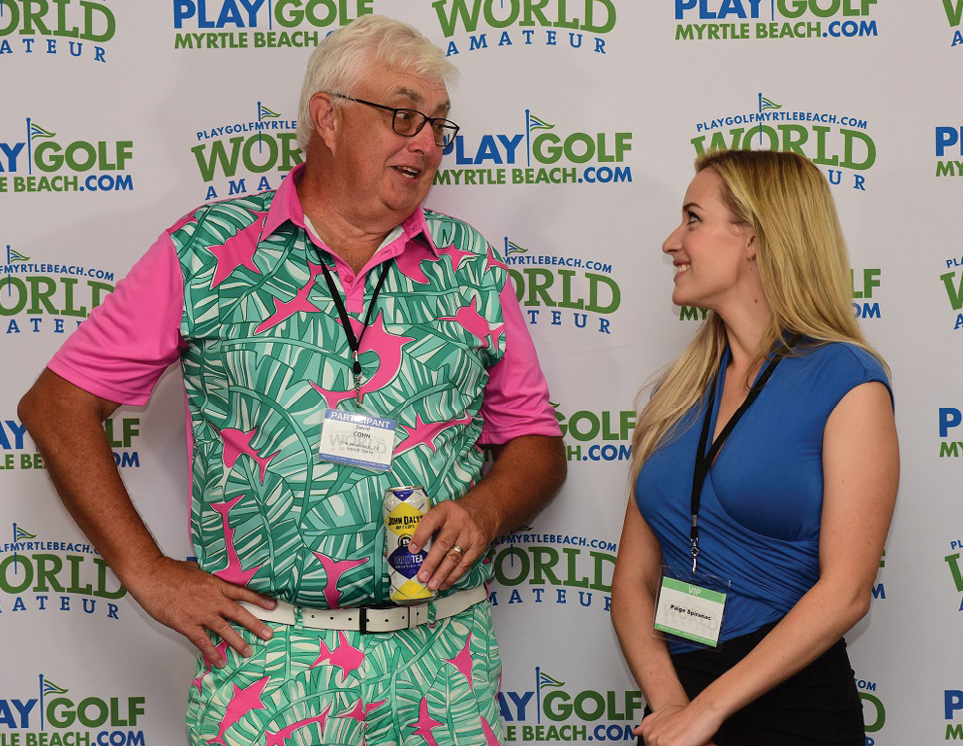 Relax after the round and mingle with some of your favorite TV personalities.

My favorite course for the week had to be Lockwood Folly, with lightning fast greens, plush fairways and postcard-worthy waterfront views. It is also no coincidence that I played my best golf there.

After a hard day on the course, it’s off to the “World’s Largest 19th Hole,” where non-stop action occurs. As I entered the doors of the Myrtle Beach Convention Center, I was immediately bombarded with the sights, sounds and smells of a full-blown party. Television personalities doing live broadcasts for the Golf Channel on stage competed with the cheers coming from the hole-in-one or putting contests on the other end of the venue. I saw former world champion pool player Ewa Mataya Laurance toying with a spectator much like a cat toys with a mouse. Once again, I chickened out of trying to beat the “Striking Viking” at 9 ball. 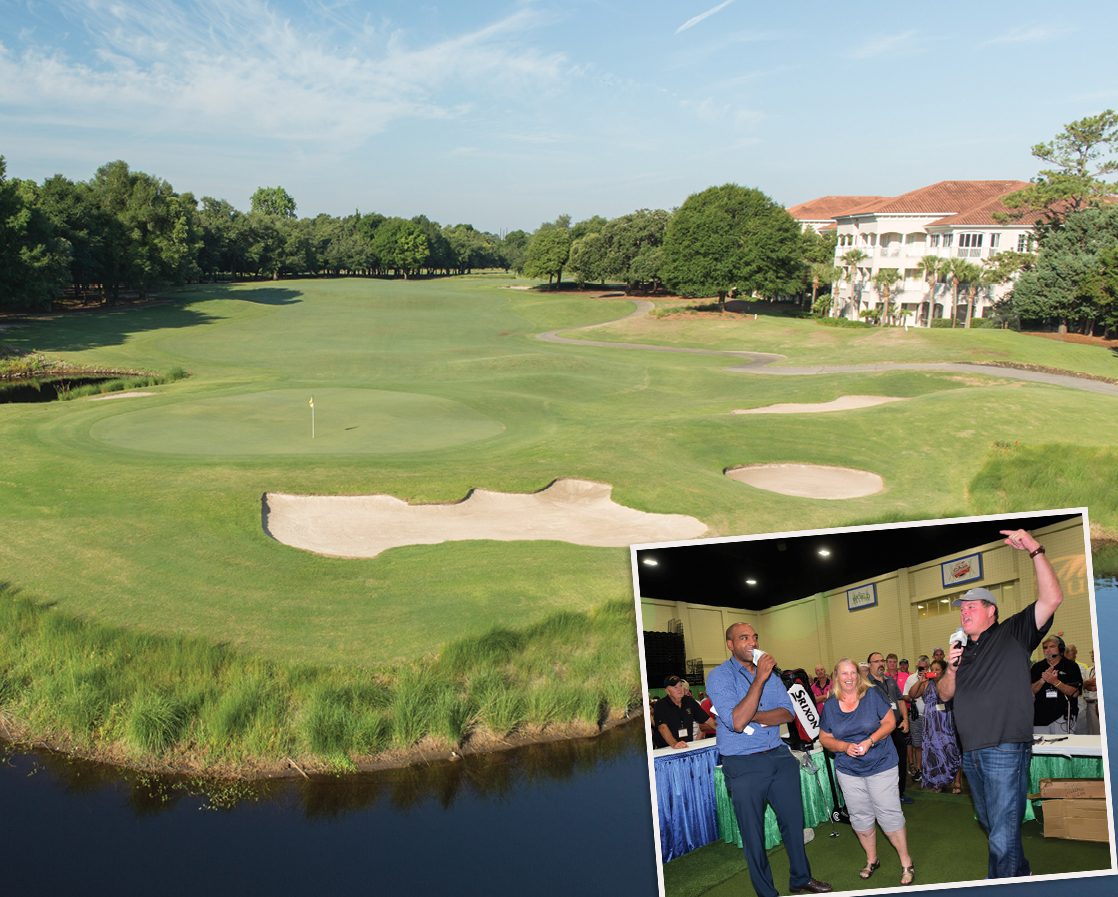 In between the action, vendors such as Crown Royal and Sticky Fingers provided an unlimited supply of food and drink favorites. One of the Friendly’s ice cream stands was conveniently located on the way to the Sheraton Ballroom, where live bands perform nightly.

Even after attending every evening of the 19th hole, I still managed to finish 15th in my division and 476th out of 3,215 golfers. The 2020 event will run from August 31–September 4 and registration is now open. Maybe this year I’ll finally get up the courage to play Ewa at 9 ball.

To register to play and have the fun of a lifetime, go to myrtlebeachworldamateur.com. 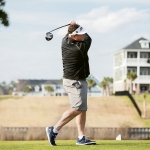 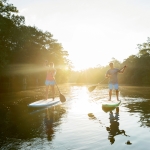 Peace on a Paddleboard