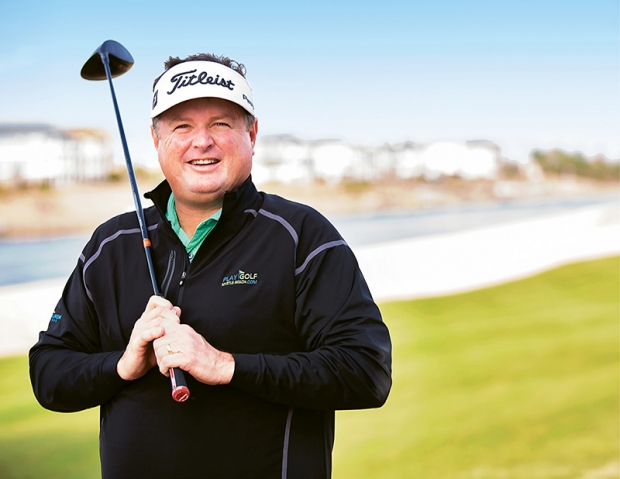 Charlie Rymer is in his comfort zone on the golf courses of Myrtle Beach.

For Charlie Rymer, life has been a long, solid drive down golf’s fairways. Never a straight course, but he’s always somehow landed back in the game.

“Golf’s been great to me,” says Rymer. “It’s provided me my education, and pretty much all of the relationships I have in my life surround it.”

He’s sitting on the back deck of Dead Dog Saloon at high noon, sweat soaking through his T-shirt he said he didn’t have time to change out of after a morning cruise on his pontoon boat here in the inlet.

“I do love it here,” says Rymer. “And moving here was very easy to do. Myrtle Beach is sold as the Golf Capital of the World, but there’s really not a lot of relevant content coming out of here. You’re going to see more and more of that. And then the other part of the move is that I’m really passionate about helping people with golf.”

Rymer moved here from Orlando with his wife, Carol, a registered nurse, in February for his next round of golf as the spokesperson for Golf Tourism Solutions and its website, playgolfmyrtlebeach.com. Before that, the former PGA Tour player worked as an analyst for ESPN and Golf Channel and sat behind the desk as a commentator on Golf Channel’s early-morning series, The Morning Drive. Long before that, Rymer first fell in love with the game when he was 5 or 6, while growing up in Cleveland, Tenn. 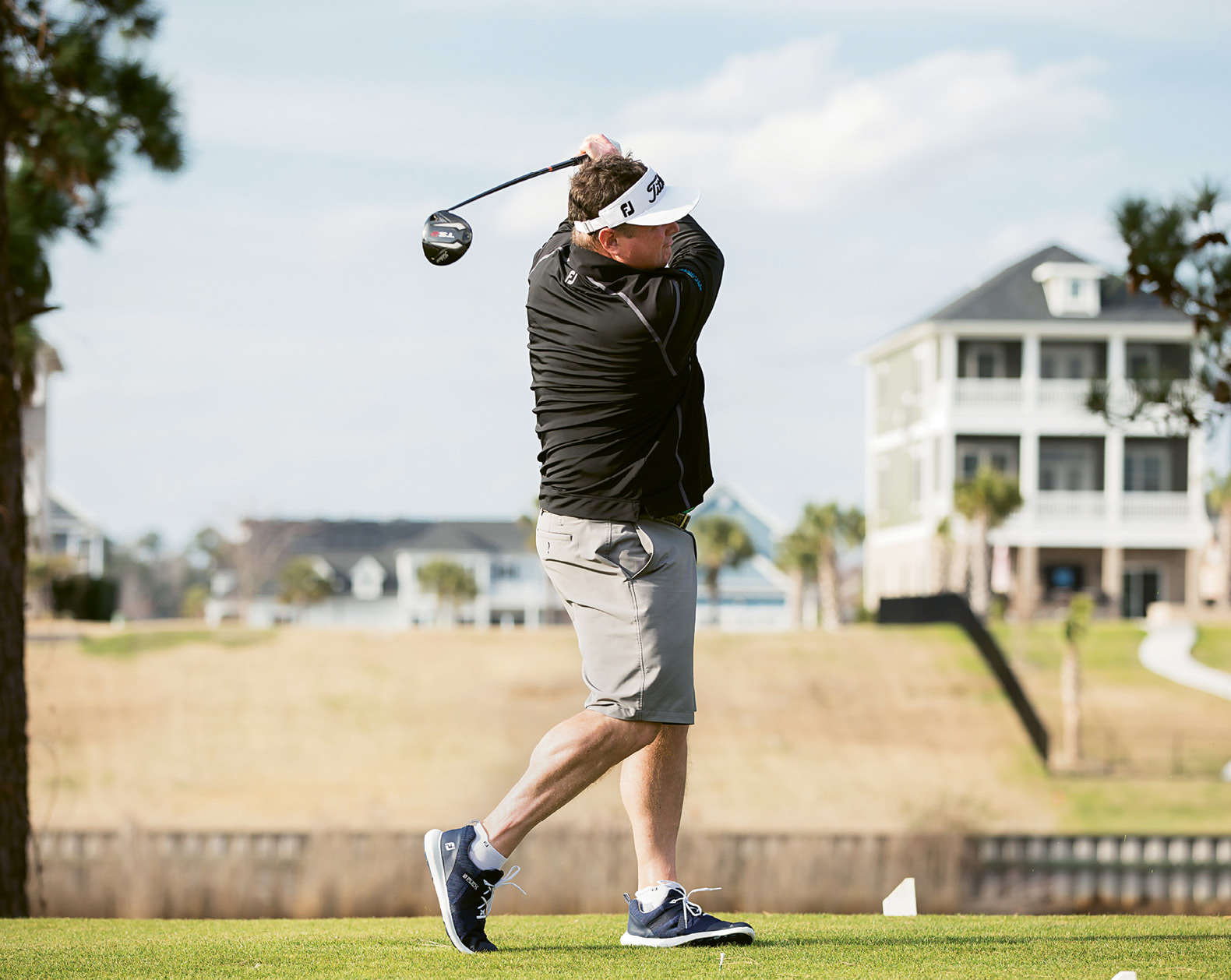 “There was a cool little country club there, the Cleveland Country Club, with a pool and a golf course, and I couldn’t wait until every afternoon, when I would get to go out and play golf with my grandparents,” says Rymer. “I just couldn’t wait to get out on the golf course!”

His first birdie, he says, was on the fifth hole of that country club course with a MacGregor 3 1/2 wood from the 150-yard marker.

“My grandmother told me to hit it, and there were some ladies up ahead on the green,” he says. “I said, ‘I’m going to hit this on the green,’ and I was only like 5 or 6.’ And she’s like, ‘No you’re not!’ I hit it and it got about four inches from the hole and ran between one of their legs!”

The Rymers moved to Fort Mill, S.C., when Charlie was in second grade. He worked in the bag room at the Tega Cay Golf Club for $1 an hour.

“I would spend all day long, every day, at the golf course,” he says. “I would clean bags, clean the clubs, putt anybody that came along for a quarter, and then I’d fill in for any of the games, like if someone didn’t show up and only had three, and I’d get out and play. On a Saturday, if everybody showed up, I’d go down to the bag room and I’d be so upset that I didn’t get to play that day that I’d cry.”

Rymer went on to play on his high school golf team, for which he won state and individual titles here on the Grand Strand at Bay Tree Golf Plantation in North Myrtle Beach and the Carolinas Golf Association’s South Carolina Junior at Myrtlewood Golf Club; he also played in the George Holliday Memorial Junior at Myrtle Beach National.

He credits his high school coach, Eddie Weldon, brother of a longtime fixture here on the Grand Strand, Gene Weldon, for his valuable guidance early on. Rymer would later partner with Kelly Tilghman in starting up Gene’s Dream Foundation, which honors the late Gene Weldon’s commitment to mentoring youth through golf.

“Eddie was the best player in the area and he was our football coach and golf coach,” says Rymer. “At the beginning of my freshman year of high school, I was 6-foot-2, 240 pounds and he wouldn’t let me play football. … He said, ‘I’ve seen you hit a golf ball and I’ve seen you run. Nobody’s gonna give you a scholarship having to do with anything that requires you to run, so I want you on the golf team.’”

Turns out, Eddie knew what he was talking about, as Rymer landed a full scholarship to play golf for Georgia Tech. He won the U.S. Junior Amateur Championship in 1985, and during his tenure at Georgia Tech he racked up five tournament wins, was named a third team All-America in 1988 and an honorable mention All-America in 1989. Rymer was inducted into the Georgia Tech Athletics Hall of Fame in 2000.

In his eight years as a pro, Rymer won Web.com Tour’s 1994 Nike South Carolina Classic and finished third on the PGA Tour’s 1995 Shell Houston Open. And in 1998, Rymer’s big personality (his nickname was “Big Timer”) naturally moved into broadcasting, first, as a PGA Tour analyst for ESPN in 1998. This was followed by a freelance stint on the cast of the short-lived Golf Channel show Road Trip: Myrtle Beach in 2008, where he had the chance to return to the town he often vacationed in as a kid while growing up in Fort Mill. Bill Golden, then with Myrtle Beach Golf Holiday, was instrumental in getting Rymer’s foot in the door at Golf Channel (and would bring him full circle to return to Myrtle Beach a decade later).

Golf Channel liked what they saw in Rymer’s role on Road Trip and hired him full-time in 2009. Today, Rymer, 51, returns to Myrtle Beach on his latest venture as spokesperson for Golf Tourism Solutions (formerly Myrtle Beach Golf Holiday), headed by president Bill Golden.

“They came to me and asked me to be their spokesperson and to be based here, and travel out of here,” says Rymer. “I’ll be doing the typical promotional pieces urging our audience to come golf in Myrtle Beach. And Myrtle Beach is a great place to visit, which is really easy for me to sell. 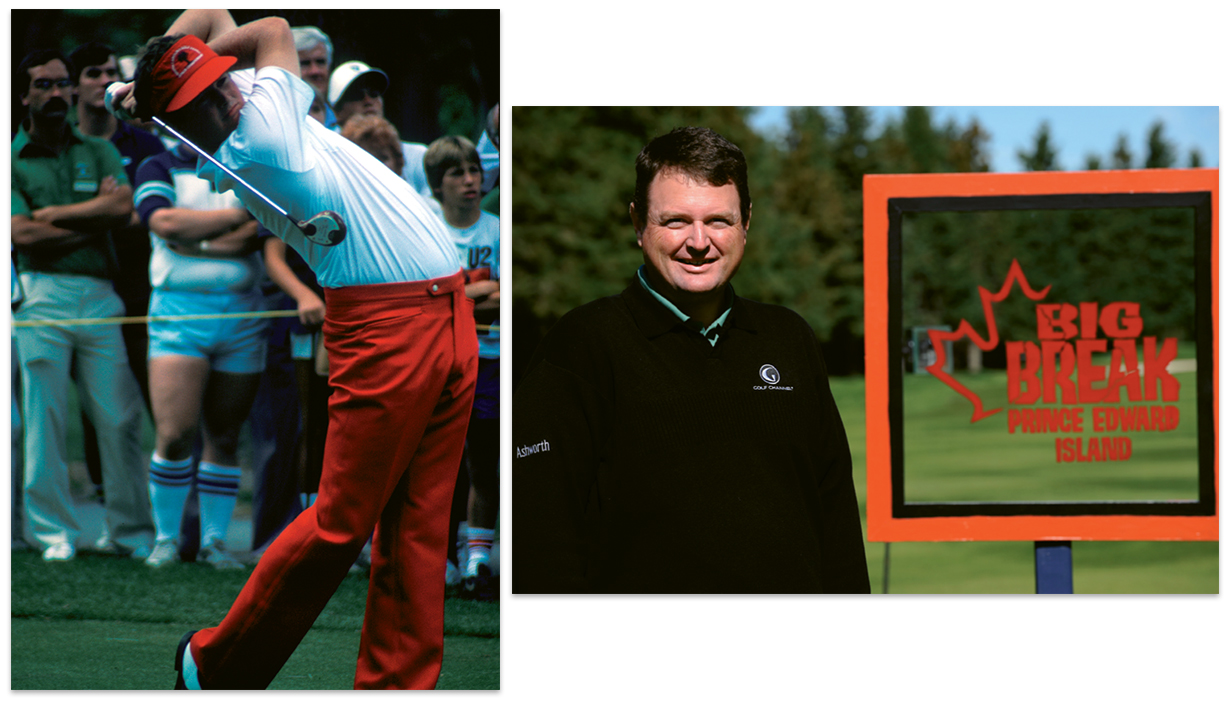 These throwback photos take place at Brookfield Country Club in Buffalo, New York, where Rymer won the U.S. Junior Amateur Championship in 1985 and in Prince Edward Island, where he was host of Big Break on the Golf Channel.

“I’m grateful for the opportunity that Bill gave me here, and now that I’ve made the move, it feels like it was definitely the right call and something that I’m really optimistic about,” he continues. “And I don’t have to get up at 3:10 every morning anymore.”

“I’m passionate about growing the game and getting kids hooked,” he says. “The First Tee junior league will probably have 75,000 kids engaged in that across the country this year.”

Rymer is also involved with golf programs that help out our veterans, like HOPE (Helping Our Patriots Everywhere), in creating a safe network when they return home, and the overarching organization founded by Golden: Project Golf.

“Our country’s been at war 20 years,” he says, “so we’ve got vets coming back and they’re in a bad spot when you start looking at suicide rates and other things. Golf can get them stabilized and then they can get something to do that they enjoy. And then the next step beyond that is providing jobs, current job training and careers for them.”

In July, Rymer was recognized as Father of the Year for Family Golf Week’s 22nd annual Father & Son Team Classic, a four-day event that took place on eight Myrtle Beach courses. He’s the father of two grown sons: Charlie, 22, who will graduate from Florida State University later this year, and Hayden, 21, who will be a senior at University of Missouri. Both, of course, inherited the gift of a good single handicap golf game from Dad.

“Being named Father of the Year shocked my kids,” he laughs. “But, no, it’s really cool and we’re all really looking forward to it. Some of the best times that we’ve had as a family have been on the golf course.”

When golf isn’t the name of Rymer’s game, he’s enjoying the slower pace off air and on the water with his wife and two golden retrievers.

“In my last eight years of television, I basically had no life,” says Rymer. “I mean, I loved it and the work has been great, but it’s been golf 24/7/365. My last full-time studio morning show was December 16, 2018, and it took me two or three months to sort of deprogram. And now it’s like we live on vacation here.

“When you get to be 50-something, you’re somewhere on the back nine of life,” he continues. “And we’re at the point where we wanted to live someplace where we can do meaningful work for folks and live life a little bit. And that’s what happens when you move here.” 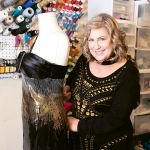 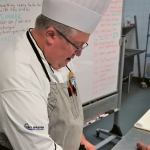