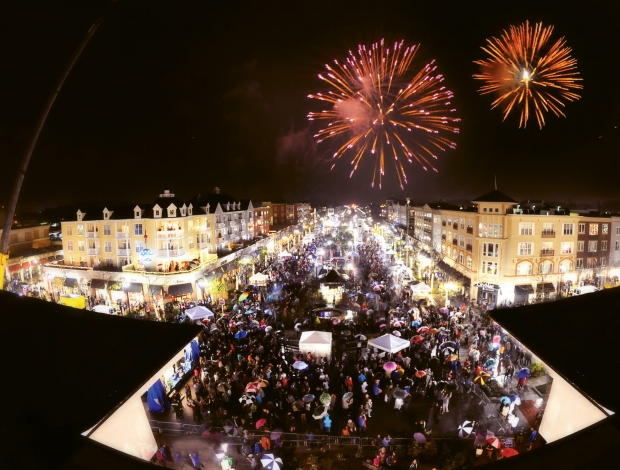 You don’t have to battle giant crowds in the Big Apple to ring in the New Year right. The Market Common will present its Southern Times Square, a New Year’s Eve Street Party that will include something for everyone.

The night will feature two stages of great live music, so come ready to dance into 2017. Be sure to make a stop (or several) at the beer garden, which will be serving up some delicious libations to help get you in the a celebratory mood. The beer garden will include food vendors, but the center’s wide array of delicious restaurants will also be open. Reservations are suggested, so enjoy some fresh rolls at CO Sushi, a margarita at Nacho Hippo, a savory steak at Divine Prime or a pie at Ultimate California Pizza, among the many dining options. Retailers will also be open until 9 p.m.

This family-friendly event will include inflatables and games for the younger set, as well as mimes, a glass blower, face painters, glitter tattoos, human statues and more.

Just in case you want a little more of a taste of NYC in the South, HTC will be live streaming from Times Square on the jumbo screen beginning at 9 p.m. Make it to midnight to see The Market Common mirror ball drop, and top the night off with a fantastic fireworks show.

This event is free to the public, but please note that for safety reasons bags and large purses or backpacks are prohibited. Have fun, be safe, and let The Market Common send you into 2017 with all the style and sparkle of Times Square. 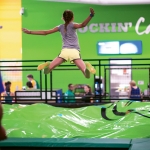 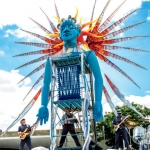 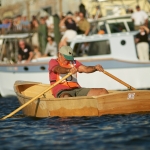