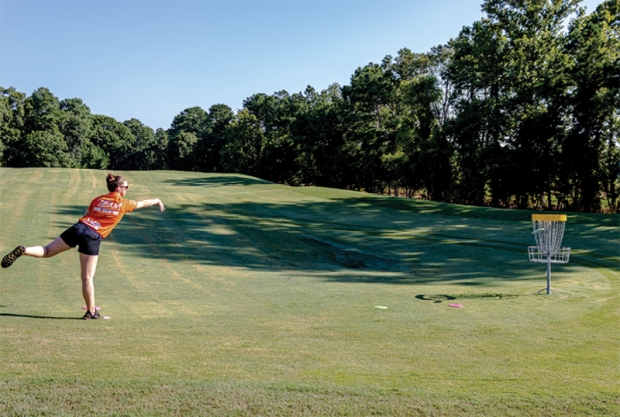 Standing amid the trees at Socastee Recreational Park, Stephen Capalbo steps onto a small concrete tee box, grips a disc and, with a carefully calculated swing of his arm, sends the disc swiftly through the air, carving an airborne path through the trees and headed to the target—a standing wire basket.

It’s his first throw of his second round of disc golf on this September Saturday, part of a tournament that’s lured locals such as Capalbo, as well as dedicated disc golfers throughout the Carolinas, to the Socastee disc golf course.

Disc golf—think golf but with colorful, specialized discs instead of white golf balls and wire baskets instead of holes in the ground—is one of the fastest-growing sports nationally and is exploding in popularity along the Grand Strand. It’s popping up in places not even its biggest supporters had envisioned just a few years ago.

“It’s definitely a growing sport and has been for a while, but a lot of people are just learning about it because there are more opportunities,” said Dustin Jordan, director of the Myrtle Beach Parks, Recreation and Sports Tourism department. Like so many others, Capalbo discovered disc golf after finally taking a friend’s recommendation to try out the game at a nearby course. “I went out there one day after work and got hooked,” said Capalbo, 33. “I got hooked quick.”

Now, you’ll find Capalbo on a disc golf course at least five times a week, playing competitively in tournaments and creating storage in his house for the 120 discs he’s acquired since discovering the game a year ago. 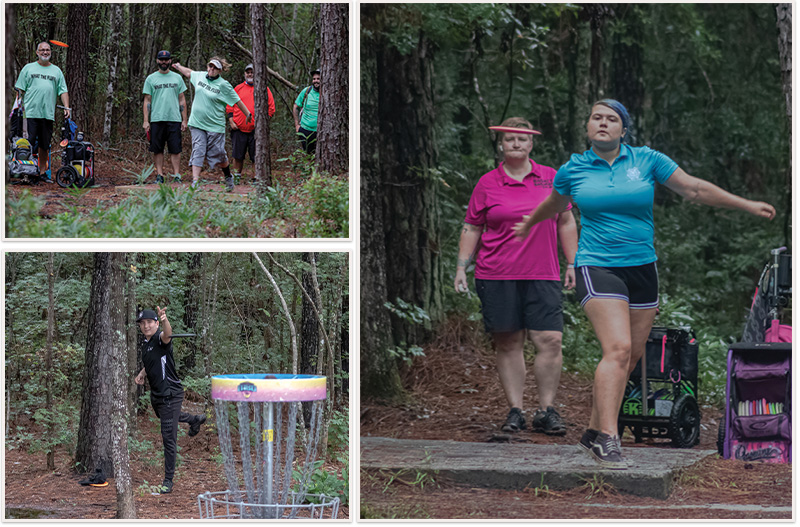 “You get away from work. It’s an escape, basically,” he said. “It’s fun to watch the disc flying.” You don’t have to like golf to embrace this game, players say. It appeals to anyone looking for an outdoor recreation option that doesn’t cost a lot of money. Most courses are free to play, and you only need a few discs that cost as little as $10 each to get started, said Chad Sullivan, president of the Myrtle Beach Disc Golf Club, which started as a dedicated group of players and has evolved into a registered non-profit with more than 150 paying members and 1,300 members on Facebook.

“The game is all about the community and that club feel and volunteerism,” he said. “The span of walks of life that come together on the course is pretty amazing.”

Over the past five years, an additional 23,000 members have joined the national Professional Disc Golf Association, with more than 53,000 members as of 2019. Along the Grand Strand, the already growing sport experienced an unexpected surge amid the COVID-19 pandemic. With social distancing and affordability ingrained in the game, it became a popular option for people craving to safely get out and play.

“It’s such a fast-growing sport. It’s crazy,” Sullivan said. “During COVID-19, it actually grew exponentially because it was one of the activities that didn’t get crossed off the list of things to do. “Disc golf, I guess, is pandemic proof.”

“I think it’s safe to say that the Socastee course is one of our most popular outdoor facilities,” he said. “You can go there just about any time between dawn and dusk and there will be people out enjoying the course.” The area got its second 18-hole course when Splinter City debuted in October—though dedicated disc golfers were so eager for a new course that they started playing it before that official opening. The course, a joint venture between Horry County and the city of Myrtle Beach, is nestled on 26 acres off Farrow Parkway across from Warbird Park and is named for a cluster of wooden buildings that were part of the original U.S. Army Air Field (later known as the Myrtle Beach Air Force Base) in the 1940s. There also are weekly putting leagues at a local brewery, and the game recently took over the Myrtle Beach Pelicans baseball stadium for a tournament.

“If you had told me a year or two ago that I’d be able to play disc golf at the Pelicans Ballpark, enter a disc golf tournament on the Arrowhead Golf Course or go to a weekly putting league at New South Brewery, I’d think those goals might be a bit lofty,” Van Pelt said. “All of those things have happened here due to the hard work, dedication and passion of our local disc golf community.”

Days after the finishing touches were put on the new Splinter City course, it jointly hosted the highest-profile local tournament to date, the Myrtle Beach Open, which featured some of the top professional disc golf players in the country. “We are putting ourselves on the map as far as a disc golf area,” said Chris Chapman, vice president of the Myrtle Beach Disc Golf Club.

Players and recreation leaders don’t anticipate the growing popularity of disc golf will let up anytime soon. “Disc golf is fun and the community is extremely welcoming,” Van Pelt said. “It is a life sport that truly anyone can play.” 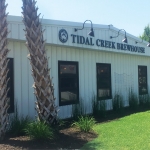 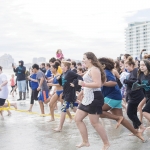 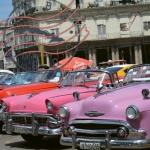