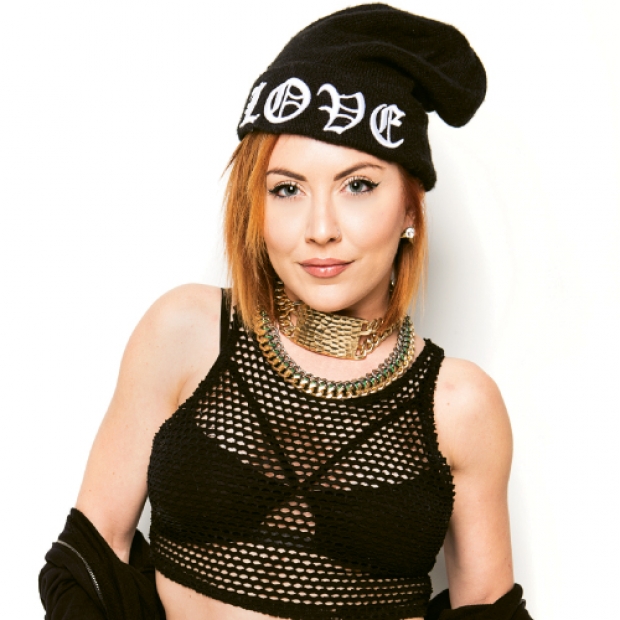 Just coming off the high of performing with Iggy Azalea on Saturday Night Live and on a two-week break from rehearsals, Amanda slipped home to Myrtle Beach for a visit. Her parents, Missy and Roger Davisson, have been anxiously awaiting this precious time with her for months.

We met at Second Cup for coffee and a chat. It’s easy to pick Amanda out of a crowd. She looks like she has always lived in Hollywood Hills—striking green eyes expertly cat-lined, California blonde hair extensions and a tight-toned body doing justice to black studded leggings and boots.

Even though she’s no stranger to bright lights, the heightened reality of stage and the electricity of live performance, Amanda’s aura is very chill and very grounded. She speaks with a confidence well beyond her years as she sips a vanilla latte, “All I’ve ever known for sure is that I wanted a life in the arts.”

Right out of Myrtle Beach High School, she went to New York City to audition for the Bloc Agency, a heavy-hitter talent rep for choreographers, dancers and extreme athletes.

“I was one of ten dancers picked out of about 800 that went to that audition. That’s when I signed with Bloc,” recalls Amanda. “But being 18 in New York is hard and I realized then that I didn’t want to do Broadway-style dance, I wanted to do Hip Hop.”

“I know it sounds like I went in a weird direction,” she says with a brush of her hair, “but I got a lot of work in Atlanta. In that professional dance world, I was the token white girl!”

But once she caught the eye of Lil Wayne’s crew, Hollywood Hills would be her domain as she joined the I Am Music tour as a backup dancer in 2008 for two years, performing across the U.S. and Canada.

“I had a lot of fun dancing the “Da Da Da” song with Lil Wayne in a poodle skirt and varsity jacket. I got to have a moment on stage with him, where I get kicked off … and I say … well,” she giggles, “I don’t want to cuss.”

But the life of a hip hop hoofer is not always fun and games and glamour.

“Getting ready for a show, it’s nothing to rehearse up to nine hours a day, in heels, for two weeks straight,” she says. “To get ready for my first show with Iggy, we only had three days to learn five songs.”

“When you’re performing live, you never know what can happen. I danced when I was so sick I could hardly breathe. Once, I fell down stairs on the stage and had to get right back up and into the routine with my leg aching and bleeding.”

And being a dancer-for-hire allows for little downtime.

“You have to stay in condition,” Amanda points out. “Or you won’t be able to jump into a show a day. If I’m not dancing, my friends and I search Groupons to all kinds of fitness classes.”

Her whirlwind schedule barely gives her enough leeway to do laundry, get packed and fly off to her next gig. Truth is, Amanda wouldn’t have it any other way. She knows that in show biz, when you’re hot you’re hot, so she hits it hard.

“I love being on stage,” her eyes twinkle. “Under the lights, the applause, seeing new faces every night in different cities. … I get to travel all over the world. I’m inspired all the time by different people and places.”

But as stage-struck as she may be, Amanda is surprisingly realistic.

“I think I can move behind the scenes when I retire dancing, doing hair and makeup. Or maybe go into fashion. I love shopping for vintage clothing.”

“I mean, let’s face it, no one’s going to want to see this booty shaking in ten years!”

I wouldn’t count on that. That hot booty kept on shaking with Iggy Azalea for the rest of 2014, jumping into the Jingle Ball Concert Tour, a holiday showcase by musical headliners in more than ten cities.

“I hope I get to continue working with Iggy,” says Amanda. “I started with her in February 2014. … When she hired Lil Wayne’s choreographer, I was hired on too. I’m loving this tour with a female artist for a change.”

Dipping toes into the topic of any future personal plans, Amanda smiles with amusement, “Every time I get a wedding invitation, my mother asks, ‘Amanda, do you think you’ll ever get married and settle down?’”

“And I’m like, really? Who in their right mind would trade the life I have right now? And I know my parents are loving the fact that all those dance lessons and recitals they had to sit through have paid off!”

We say goodbye and I watch Amanda gracefully cross the parking lot. I look back once more, knowing that the next time I see the girl with the sparkling green eyes, it will be on a concert stage or looking into a television camera or even on the big screen.

I resist the urge to yell out, “Go shake it girl!” 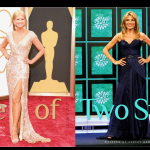 A Tale of Two Stars

Hollywood may have embraced them, but Nancy O’Dell and Vanna White will always call the Myrtle Beach area home—it’s where their hearts are 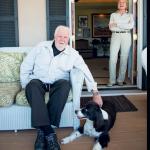