Help celebrate the birthday with these special events 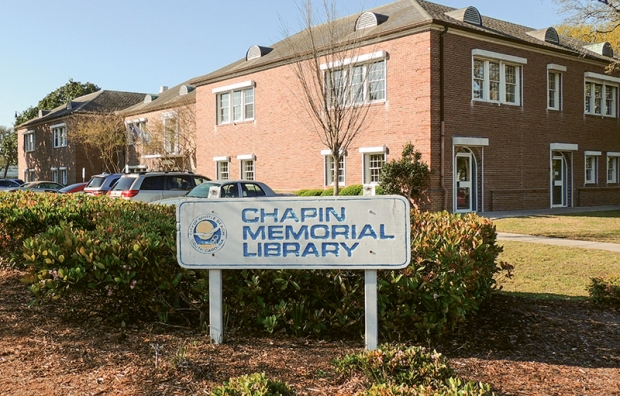 The library is having a birthday, and the house will be rockin’ with a full week of celebratory events that highlight decades of Myrtle Beach culture and community.

Chapin Memorial Library in Myrtle Beach will hold its 70th anniversary celebration the week of June 1–8 with a series of activities designed to tell the story of the library’s history, as well as provide information about current services and programs.

“It’s a kind of customer appreciation week, thanking patrons for being a part of our library community and reminding them that everyone in Horry County can get free library cards,” said Jennifer Nassar, library director. “It’s also a trip down memory lane—we’ll have oral histories and old-time photos. If participants are new, maybe they’ll get a little history; if they’ve lived here a while, maybe they’ll get memories of earlier, quieter times.”

Like any good shindig, the library celebration will include food, dancing, music, exhibitions, party favors and plenty of socializing.

Serendipitously, the event coincides with the 30th anniversary of the release of the film Shag (1989), starring Bridget Fonda and Phoebe Cates, which was based and partially filmed in Myrtle Beach, featuring Ocean Boulevard and the Sun Fun Festival.

In a nod to historic Myrtle Beach tradition, the library festivities will reflect the beach music and dance theme, starting with a free screening of the movie Shag on Monday, June 3. Shag lessons will be offered by the OD Shag Club in the morning on Tuesday, June 4, and in the afternoon on Wednesday, June 5, topped off with a birthday party —complete with cake and punch—on Thursday, June 6, featuring live music from the Ocean Drive Party Band, a shag demonstration by the OD Shag Club, and an open floor for dancing.

“People can enjoy the live music and show off their new moves,” said Nassar.

In addition, photographer Jack Thompson, who has created iconic images of Myrtle Beach landmarks over the decades, has provided greeting cards for distribution.

Chapin Memorial Library opened June 1, 1949, funded by the Chapin Foundation, which provided $40,000 for a library on city park land. The facility was founded on its current site and has been expanded four times.

Over the years, the library has also expanded its materials and programming from the traditional children’s story time—though that program is still popular—to include films, concerts, lectures, activity groups, book discussions and exercise classes.

“It’s just our chance to say thank you, have a little fun, and let people know all the things we have to offer,” said Nassar. 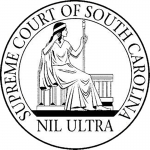 Court is In Session 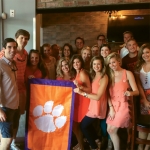