All the beach is a stage—or at least a portion of it is—during the blockbuster event that has quickly become a summer tradition along the Grand Strand. In a transformation that is equal parts a long shot and a no-brainer, country music and the beachfront become synonymous during the Carolina Country Music Fest (CCMF), bringing both top-tier artists and national recognition to the area. The third annual party’s on tap this year June 8–11.

Kenny Chesney, Jason Aldean and Darius Rucker headline the four-day, oceanfront festival, along with dozens of other award-winning artists as well as rising industry stars. The Thursday night kickoff concert, which is all about locals with specially priced tickets, moves from a smaller area to the main stage this year, featuring Montgomery Gentry and Brett Young. Other artists to hit the stage over the weekend have recently nabbed top spots on the country charts, including Luke Combs, Billy Currington, Kip Moore and Drake White; meanwhile, Granger Smith had his first #1 hit last year with “Backroad Song,” while Runaway June has been spotted on numerous “Top Country Artists to Watch in 2017” lists. All in all, the festival lineup has come to represent an admirable portion of the industry’s A-list performers.

“People come back each year for that mix of talent and location,” said Bob Durkin, president of Full House Productions, the Charlotte-based company that organizes the festival. Last year crowds topped 20,000, and this year, “We expect somewhere between 25,000 and 30,000,” said Durkin.

Beach blankets, breezes and boots will prevail again this year with festivities fans have already grown to know and love, including games and activities, an ice bar and a karaoke area. However, like any good party, this one offers new twists each year. Upgraded attractions include a mechanical bull, live music in the Jack Daniels tent and a songwriter area, where writers will tell stories about the popular songs they’ve written. In addition, the festival will use the wristband payment system as in years past, but will also accept cash and credit cards for transactions.

The event that began in 2015 as an optimistic experiment of sorts has firmly established itself as a player on the country music national stage, even successfully competing on the same weekend with the Country Music Awards in Nashville.

“It was nerve wracking in the beginning to think that we were in direct competition with such a huge event,” said Durkin. “But we have an underserved market, and the fact that we had this beach location made ours a different kind of product. In some ways it’s worked out that we’ve run with them and have been able to make a product that matches theirs, but at the same time it’s for those who wouldn’t travel all the way to Nashville and instead come to enjoy a family vacation on the beach combined with country music.”

On the industry side, CCMF is catching artists’ attention more quickly and broadly with each year, said Brad Dean, president of the Myrtle Beach Area Chamber of Commerce.

“We’re seeing contracts signed earlier, more interest from agents,” said Dean. “If you look at the level of talent that’s committed and when it’s committed, CCMF is now on the list as a must-attend event for major talent. A concert has to grow, but usually the model is you start small and grow big; this has quickly created a strong brand that’s not only appealing to the consumer but to the talent.”

Like many CCMF performers, John Rich of Big & Rich has a history with the Grand Strand, having performed in various classic venues over the years, so the concert, which is a stop on the band’s “Did It For the Party” tour, will be a reunion of sorts for musicians and fans alike.

The Big & Rich appearance in the 2015 CCMF was memorable for several reasons, Rich said, and this year’s performance will top even that.

“We like to engage the crowd—it becomes part of the show,” Rich said. When we played there, we were pulling people up out of the crowd. We had a bar on stage, and we found a girl who is a fire breather. She would spit fire out of her mouth. We asked her, ‘Can you do that on stage?’ and she said ‘Sure.’ People will remember that show with a girl blowing fire. You never know what you’re going to get with a Big & Rich show.”

Not only is the CCMF a good time, Dean said, but it’s a positive indicator for the Grand Strand’s entertainment presence.

“Before, the chamber would produce a festival a with perhaps one fairly big name,” Dean said, “but for us to be attracting top talent on such a broad scale, it helps demonstrate just how far the Myrtle Beach area has come.”

Lineup subject to change without notice. All times approximate.

For tickets and information go to www.carolinacountrymusicfest.com.

As of press time, general admission for the three-day event is $189. Main Stage VIP tickets are $429 and Super VIP tickets are $1,299. Single tickets for the McDonald’s Kick-off Pre-Concert featuring Montgomery Gentry on Thursday night are $39. Myrtle Beach residents are eligible for a discounted rate of $19 per ticket with an ID as proof of address. See website for details.

Gates open at 1 p.m. on Friday, Saturday and Sunday.

PHOTOGRAPHS COURTESY OF MICHAEL A. ANDERSON PHOTOGRAPHY (2) AND ONE LIFE PHOTOGRAPHY 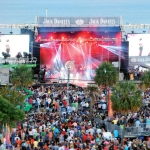 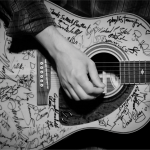