A Piece of Myrtle Beach History is Going on the Market 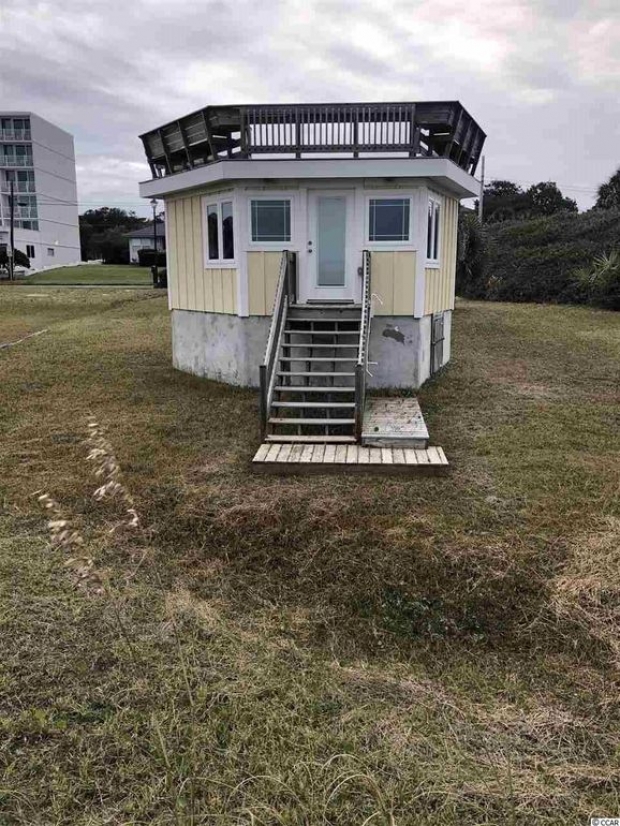 The first cabana to be constructed in the Cabana Section of Myrtle Beach is now for sale.  Built in 1970, it shared the neighborhood with the historic Ocean Forest Hotel that was razed in 1974; Springmaid Villa which is now the art museum at the south end of the Boulevard; and stately vacation homes whose lots now contain condominium high-rises.

The Cabana Section is one of the most unique districts on the East Coast. When almost the entire oceanfront is lined with hotels, restaurants and other attractions, the Cabana Section allows those driving through it an actual view of the ocean. The small structures there are not allowed to be residences but do allow their occupants the comfort of bathroom facilities and a place to escape the elements while at the beach.  This first cabana, located at 5704 North Ocean Boulevard, has been completely renovated, now has yellow siding and is still the only one with a rooftop deck.

In the beginning, it had an indoor circular fireplace in the middle of the floor akin to what might be seen in the lobby of a large ski lodge.  The fire would be built in the basement and the smoke would be funneled to a small chimney in the roof that had a removable cover for when it was in use.  Unfortunately, the specially designed flue that was installed on the main level was not up to the task and the cabana filled with smoke on the first (and last) attempt to heat the structure with a wood-burning fire.  The remnants of that experiment have long since been removed.

How the Cabana Section came about is unclear but the person who envisioned the first one being built was a well-known local, Dr. Jack Cox. A native of the Maple Community north of Conway, he was a WWII hero in the Army Air Corp who later became a private pilot, inventor and the first veterinarian to open a hospital in Myrtle Beach.  When 501 was the main artery bringing tourists to the Strand, they knew that they had arrived when they saw the red brick wall bearing the Cox Veterinary Hospital name and the white silhouettes of a hunting dog on one end and a horse at the other.  Next to it was an above ground swimming pool with a glass front so passersby could see the scuba divers learning their craft at the Dive & Surf Shop, his other enterprise on the property.

Dr. Cox, who passed away in 2012 at the age of 88, practiced veterinary medicine in Myrtle Beach for 50 years.  However, he may be best remembered for his love of life and inventive nature.  He received seven patents in his lifetime, but the inventions that didn’t quite work out are some of his most memorable.

Myrtle Beach restaurateur and local historian, Dino Thompson, tells the story of a particularly windy morning when he was walking on the beach and saw something in the distance in front of Dr. Cox’s cabana.  Thompson could see what appeared to be a bird or a kite ascending a small elevation, pausing and then plummeting nose down into the sand.  When he got close enough, he could see that it was Dr. Cox, himself, carrying a hang glider up a self-built prototype that would teach people how to hang glide.  At the top of the platform, he attempted to catch enough wind off the surf to take flight, but to no avail despite numerous attempts.

Experimental flight may have been omitted in the Cabana Section ordinance, but other omissions were usually covered by the laws governing the town as a whole; such as in the December of 1974, when Dr. Cox built a small stable where he kept a couple of horses and a steer from his farm in Socastee.  Back then, horseback riding on the beach in the winter was a fairly common thing, but the city prohibited keeping livestock on oceanfront property.  A photo of the steer grazing behind the cabana made the front page of a local weekly newspaper.  Only then did anyone mention the infraction and make him take down the stable and return the animals to their normal home.

The activity Dr. Cox most enjoyed at his cabana was fishing.  In the early eighties, when hardly anyone was on the beach in the off season, he would don a wet suit, put his fishing net in the middle of a large inner tube strapped to a long surfboard left over from the Dive & Surf days, and paddle out past the breakers to set the net each evening.  The next morning, he’d bring in the net with a wheelbarrow, load the net, fish and all into the back of his van and haul it to the veterinary hospital to be cleaned.  On the way, he’d stop at the Silver Hook Restaurant which was at the intersection where Highway 501 meets Broadway and Main Streets.  He’d drop off enough fish for him and a few other local businessmen and then meet them there for lunch at noon where they’d all enjoy his catch of the day. 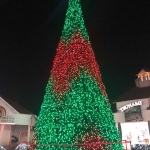 Already counting down the days to Christmas before we’ve made it to Thanksgiving? Here are a few festive November events to help you get your merry on
GENERAL TAGS:
myrtle beach / restaurant / Conway / Ocean Boulevard / art / fishing