A Day in the Life of Grand Strand Newswoman Meghan Miller

A Day in the Life of Grand Strand Newswoman Meghan Miller 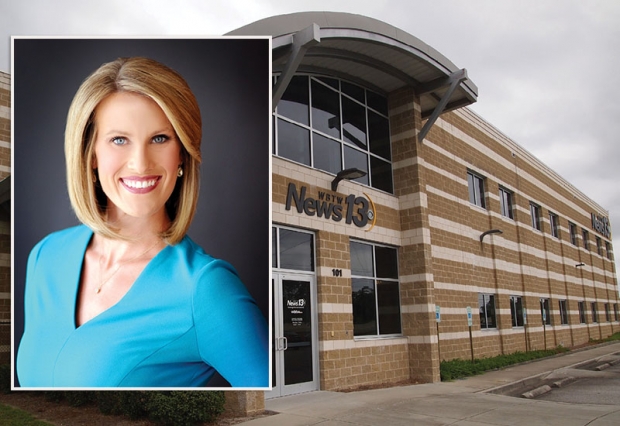 The news media, the all-important fourth estate, has been under fire in recent years, especially on the national stage. But in these turbulent times, trustworthy, local and regional news reporting is arguably more important than ever.

Meghan Miller, anchor of the 5:30 p.m. news on WBTW News 13 and the WFXB FOX News at 10 p.m. (Monday–Friday), is already a news veteran at just 33 years old and says accurate, honest, timely and fair reporting is central to her job and the job of every reporter, producer, news director and anchor she knows.

As a Muggle stepping into the wizarding world of TV magic, I had the opportunity to spend the better part of the workday with Miller in her domain. She afforded me a behind-the-scenes, up-close look behind the curtain, where I saw just what goes into anchoring a news broadcast at the state-of-the art WBTW studio in Myrtle Beach. Miller is proud of her accomplishments, but is quick to give praise for her continued success to her many mentors along the way at this station and others. Far more than just reading the news, Miller’s job, and the job of those in the same position, requires long days, lots of news gathering, writing and re-writing, fact checking, and working with producers, reporters and directors—all to make it look easy, which it is most definitely not.

Miller arrives each afternoon, Monday through Friday, at the stylish, high-tech WBTW facility just off of U.S. 17 Bypass near The Market Common in Myrtle Beach. According to Nielsen (the gold standard for ratings and rankings), the greater Myrtle Beach–Florence metro market is #97 in the nation, a significant move from the 100s just a few years ago and a testament to the unprecedented growth of the region. WBTW, a CBS affiliate, is one of some 200 TV stations owned by Nexstar Media Group and is the number one news station in our area, also according to Nielsen.

Miller has been with WBTW since 2014 and says she loves it; she’s fulfilled and feels like a lucky woman to be in the profession. Originally from York, Pennsylvania, Miller, a Coastal Carolina University Communications and Journalism graduate, had interned and freelanced at a variety of stations right out of school and first worked for another station in the area. The news wasn’t always in her cards though, and she even stopped for a year-and-a-half to try on a different hat, handling marketing for a large hotel group, but the news came calling again.

1:47PM - Miller works at her desk in the newsroom with fellow reporters and news directors

Only in front of the camera for approximately one hour per day, her nearly 10-hour workday starts by reading emails even before she’s left her Myrtle Beach home, one she shares with her firefighter husband of six years and new Golden Retriever puppy, Piper.

I ask, without any intended sarcasm, when she needs to go into hair and makeup before her on-air shift, which elicited an “are you kidding me?” look.

“Hair and makeup? I’m my own hair and makeup. Everyone thinks it’s so glamorous,” she says with a laugh, while reapplying eye makeup at her desk before recording a “teaser,” which is a short promotional shot highlighting the upcoming news. Though the news is a team effort, I learn that Miller and her co-anchors must be a self-sufficient bunch, responsible for a lot of the work (and TV-friendly makeup) themselves.

Much of Miller’s long workweek is spent in front of a computer screen. She shares an open–office floor plan with fellow WBTW news veterans Bob Juback and Nicole Boone, among many others, who are busy at their desks preparing for their own on-air shifts.

Nearby, chief meteorologist Frank Johnson and sports director Chris Sparks hustle through the newsroom, too, each with their own action plans and checklists before the live broadcast begins.

“I work with the producers and reporters who are gathering news from all over,” says Miller, who is all business when she needs to be, but who also has an engaging smile that lights up her face.

“You’re seeing the evening team,” she continues. “We have to be ready for breaking news at any moment, and there are still reporters out in the field. We are technically a 24-hour news operation.”

“Corona has created a new era in news,” she says. “The virus has taught us to adapt, with drastic adjustments as to how we deliver the news. We social distance in the studio, we produce the news differently. We might report from home or do FaceTime interviews or Zoom interviews. It’s a wild and very interesting time to be in the news. It’s made our team stronger. We all have different abilities and we’ve been combining our strengths to be a better news team.” 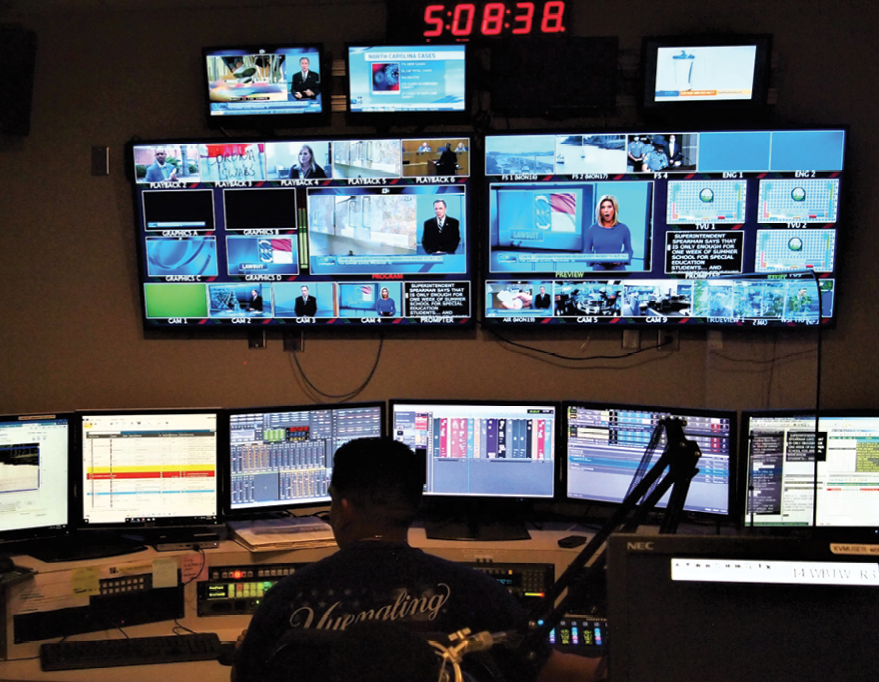 5:02PM - The control room on the second floor is the technical beating heart of the broadcast.

I’m led to the broadcast control room, which is the technical heart of the facility, while Miller runs downstairs into the studio to do a live teaser for the upcoming 5:30 news. Like Mission Control in Houston, countless computer and TV monitors glow in the faces of director Carlos Cordero and an assistant. They sit in swivel chairs, relaying messages to one another and the on-air talent in the studio, who are listening for cues and instruction through hidden, wireless earbuds.

I’m allowed to accompany Miller down the long staircase into Wonderland, the actual studio seen by tens of thousands of viewers every day, and where the on-air news is delivered. It’s all here in a slick, polished, well-lit package—news, weather and sports.

It’s a pretty standard template that nearly all local news uses in every market, with lots of fancy graphics, large high-def TV screens, a massive Kelly green colored curtain (a green screen) in front of which weatherman Johnson performs his hand-waving magic, all captured in high definition by no fewer than six cameras, but without camera operators.

“We’re fully automated here,” explains Miller. “They run the robotic cameras from upstairs, so we have to hit our marks.” What looks seamless and smooth to the viewer is carefully choreographed and even practiced. The cameras are programmed to move a certain distance, so if the on air-team is in the wrong place, the cameras will miss them, and we at home will point our accusing fingers and laugh, something they work hard to avoid.

“It happens,” admits Miller, “and we see the blooper reel at each Christmas party.”

The excitement builds just a couple of minutes before the 5:30 news starts. Everyone is in place, and through my own set of wireless headphones I can hear the last of the commercials leading into the start of the show. The director calls out “30 seconds,” while Miller checks her hair using the selfie mode of her smartphone, straightens her dress, and clears her throat. The theme music swells and the director calls out “10 seconds,” and finally “Cue!”

Miller smiles slightly, looks straight into the camera and reads copy she’d finished compiling, writing, editing and typing herself less than 30 minutes earlier. She briefly highlights the upcoming headlines and throws it to her colleagues, while the cameras spin silently to new marks.

Over the next 30 minutes, Miller flawlessly presents the news, which has not been all fun and games in 2020, though she manages a few jovial moments with co-anchors and the rest of the news team.

On longer breaks of two to three minutes, they all talk off the air about their weekends—Frank Johnson’s beekeeping hobby and about a local man who recently returned $10,000 that had fallen off an armored truck. 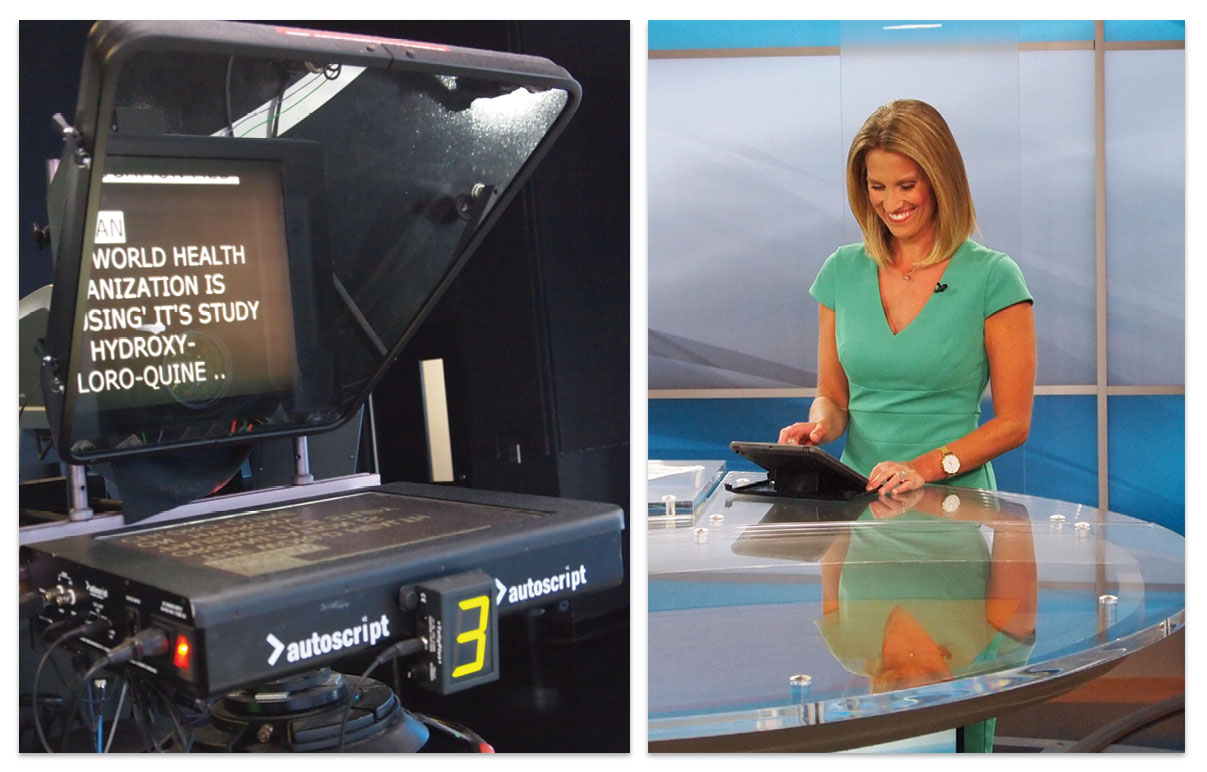 (Left) 5:39PM - A teleprompter adjacent to each of the cameras keeps the copy flowing; (Right) 5:47PM - Miller smiles at a joke one of her news team makes while on a commercial break.

“Would you have returned that money?” Miller asks rhetorically, poking fun at one of the team members just before the cue to return live is dictated through everyone’s headphones, saving them from an incriminating answer.

The weather is recapped, sports stories are updated, and a promo for the upcoming 6 p.m. news show highlights important stories yet to be told by co-anchors Boone and Juback.

It’s an amazing, precise, high-tech dance that typical viewers lounging at home take for granted. There’s so much that can (and occasionally does) go wrong, that when the 30-minute broadcast is over, everyone lets out a quiet, private sigh of relief.

“Good show,” I hear from someone at the conclusion of the broadcast, and it’s only one of two 30-minute shows Miller must anchor that day and every weekday. We scoot back upstairs to allow the 6 p.m. news to start its unique dance between Bob Juback and Nicole Boone, who have both enjoyed decades working at WBTW.

After “teases” are recorded for the upcoming local FOX News at 10, Miller takes a dinner break. “Unless there’s breaking news, I’ll sneak home to see [my husband] and Piper,” says Miller. “Because of our mismatched schedules, it’s one of the only times we get to see each other long enough to catch up.”

Back at her post, Miller is busy working on the evening broadcast, keeping her energy up, retouching her hair and makeup, and going over last minute changes before again facing the cameras and the many viewers who trust the team to deliver the important news of the day.

(Left) 5:55PM - Miller in the WBTW studio delivers the news twice daily, Monday through Friday; (Right) 5:58PM - Boone and Miller share friendly banter during the transition of their broadcasts.

“Cue,” says the director, and Miller, front and center, starts her final broadcast of the day.

“Good evening,” she starts and then begins a fresh recapping of the day’s biggest stories. Through a sharing agreement, CBS affiliate WBTW produces the local FOX News for WFXB.

Through a clever lighting and graphics change, the studio is transformed, barely resembling the WBTW studio. The flick of a few switches, some different promo music and graphics, and it’s a new news broadcast seen on a different cable channel.

Is the job stressful? Do you lose sleep? I ask.

“Oh yes,” answers Miller with a laugh. “All the time. There’s a lot of pressure to get it right. I review my own [performance] on DVR when I get home, especially if I’ve tried a new approach to something. I’ve worked on my voice over the years, my delivery, on-air mannerisms. I think about the job, and how I’m doing my job, constantly.”

Still, Miller is not manic. She’s not fearful about doing her job—one she clearly loves—and can separate work life from home life. While her career in news broadcasting is central to her day-to-day life, she also loves her family, a husband who she says she doesn’t see enough of, Piper (of course), and her friends and extended family who have made Myrtle Beach home. She gardens, runs on the beach, does crossfit and has weekends off.

“Some people working in the news market hop, always chasing the next bigger market, but I have no intention of doing that,” says Miller. “Myrtle Beach is home. We love it here.” 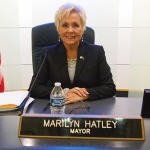 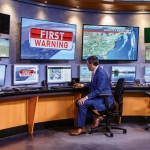