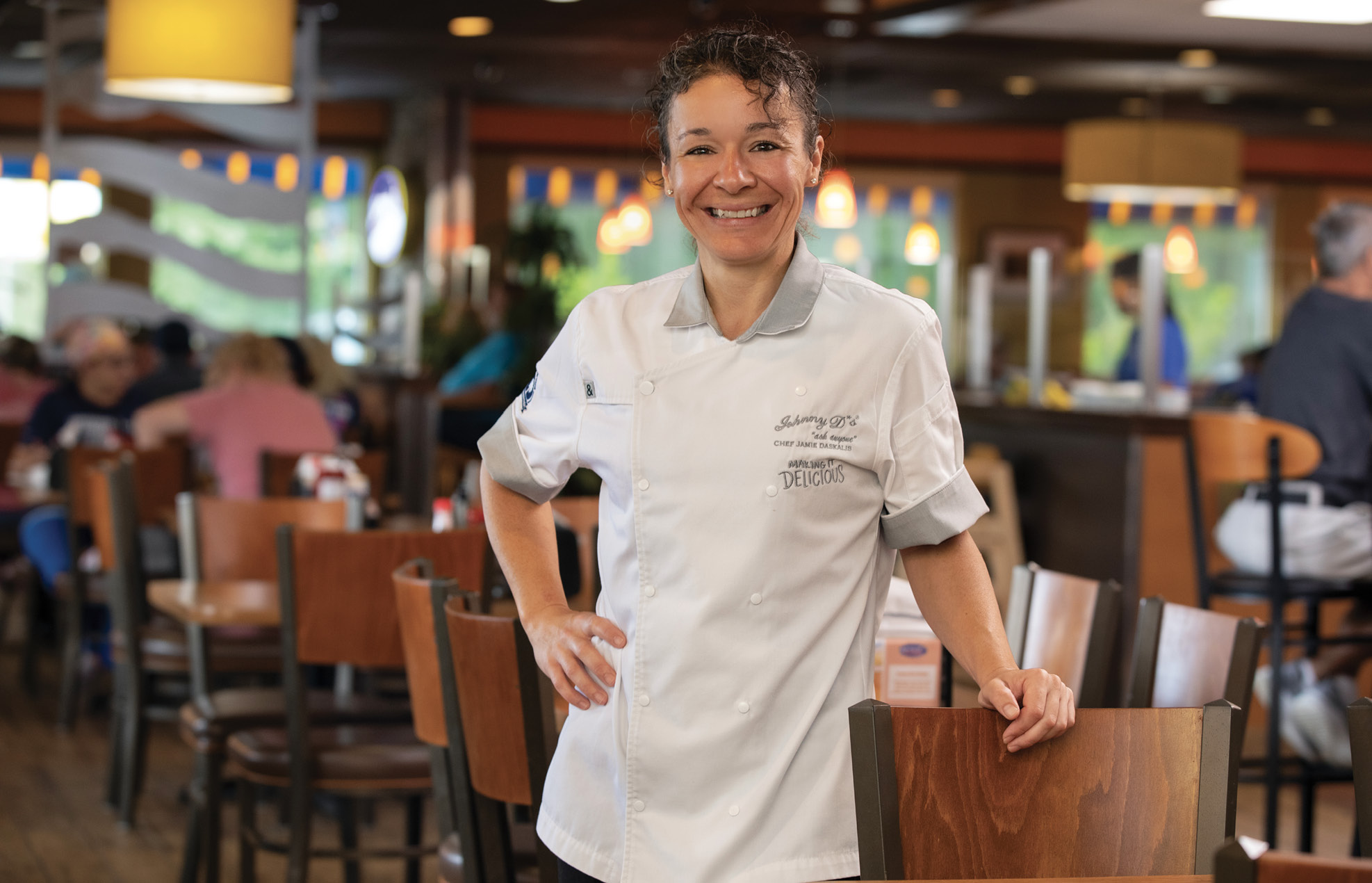 Johnny D’s Waffles and Benedicts is a family-run, chef driven breakfast and lunch restaurant. They specialize in waffles and benedicts but their menu is full of creative dishes that locals and visitors have come to enjoy.

Chef and Owner, Jamie Daskalis (pictured above), started Johnny D’s Waffles and Benedicts in 2014 after moving to Myrtle Beach from New York. In the seven years she’s been in business, the company has grown to three locations across the Grand Strand, with more on the horizon.

The business has been recognized many times, voted as the “best breakfast” early on in its lifespan. “However, aside from being named Chef Ambassador in 2020/2021, if I had to tell you which award I am most proud of, it has to be when the Food Network voted my Red Velvet Waffle as #1 in South Carolina.  That was pretty awesome,” says Daskalis. “There are so many places in S.C. that make waffles and I am so proud of my Red Velvet Waffle recipe.”

Daskalis says that what sets her restaurants apart is the fact that it is family-run and chef-driven.

“My father and I are at the restaurants every day to ensure that the restaurants are running smoothly.  We are involved with all daily operations and are not afraid to get our hands dirty.  My sister and brothers are also involved as well.”

Daskalis has a passion for Autism awareness and understanding, especially within the Grand Strand community. She has worked to make Johnny D’s a place that individuals with autism can come and eat in a judgement-free zone, offering families the chance to enjoy a nice meal out together, which is something they may not normally have the opportunity to experience. Johnny D’s also raises money for SOS Health Care and Champion Autism Network in order to help support the Autism community right here in Myrtle Beach.

For women just starting out, Daskalis says that, “you can do it! You just need to stay focused, have discipline, don’t be afraid to take chances and surround yourself with people that help you fly.”

For everyone else, she sticks with her restaurant’s motto of: “Life happens… Waffles help!”