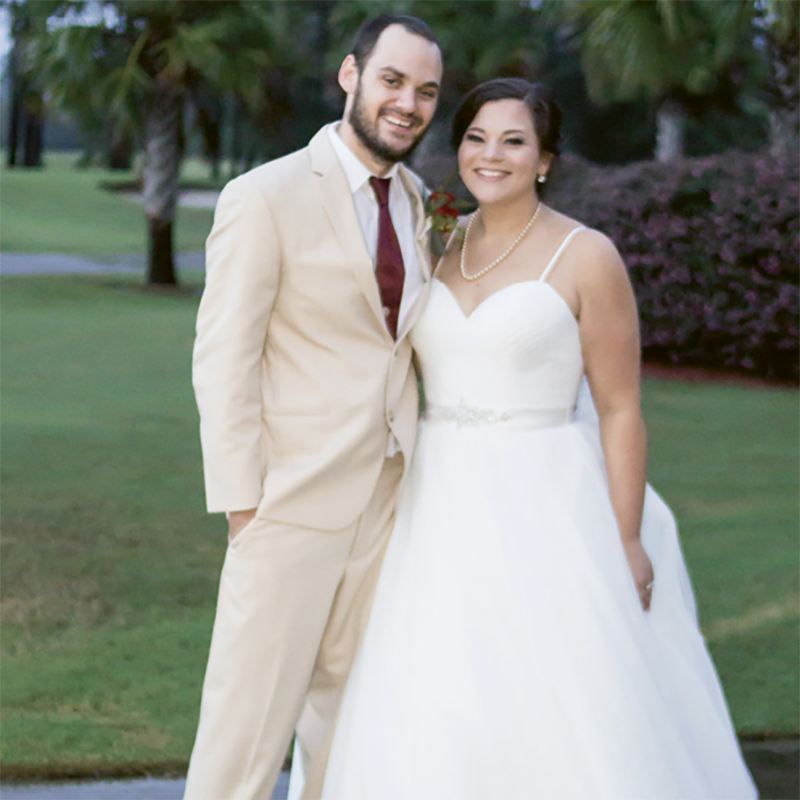 The couple met at Carolina Forest High School when Ryan was a senior and Victoria was a freshman. They reconnected four years later when they were both spending time with their best friends, who happen to be brother and sister. They have been inseparable ever since. Ryan popped the question on a cruise. Somewhere in the middle of the Caribbean Sea, he blocked off the top balcony of the ship for the couple to take sunset pictures. He then dropped to one knee and asked Victoria to be his wife. Their friends captured the big moment with pictures and video. Originally, all their wedding events were to take place in Conway, but Hurricane Florence had other plans. Due to flooding, their venue cancelled just three days before the wedding. Luckily, the bride’s mother was able to book the International Club in Murrells Inlet. Though they faced every issue imaginable leading up to the wedding, from vendors cancelling due to road conditions and even rain the day of, the hashtag #gettingmarriedRAYNORshine ended up being perfectly fitting. Their day featured a mix of romantic, traditional and boho styles. Burgundy, gold and roses filled the room at the International Club’s clubhouse and all the guests could feel the love. Victoria and Ryan live in Conway.