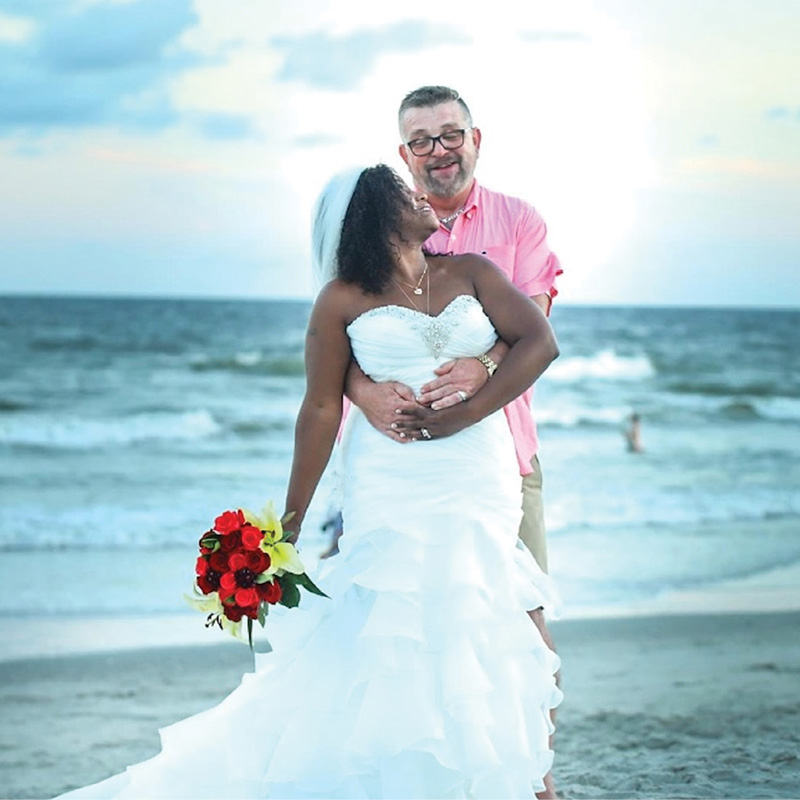 Vanessa and Jon met at work. He was a new hire and said he fell in love with her instantly. She remembers shaking his hand for the first time and saying, “strong grip.” The couple dated for almost two years, going out after work almost every day and being pretty much inseparable, always laughing and talking. Jon proposed during a dinner date at Landry’s Seafood at Broadway at the Beach. The pair originally planned to get married in the fall, but figured they would have to postpone due to COVID. But when they had several family members in town for July Fourth, they decided to go ahead and say “I do!” They planned the wedding in less than 24 hours, tying the knot on the beach in Cherry Grove with about 20 guests to allow for social distancing. A reception for the small group was held at Chris’s Pizza, with dinner and drinks. The pair plans to have a reception in the spring to celebrate with all of their friends and family. Vanessa and Jon live in Myrtle Beach.