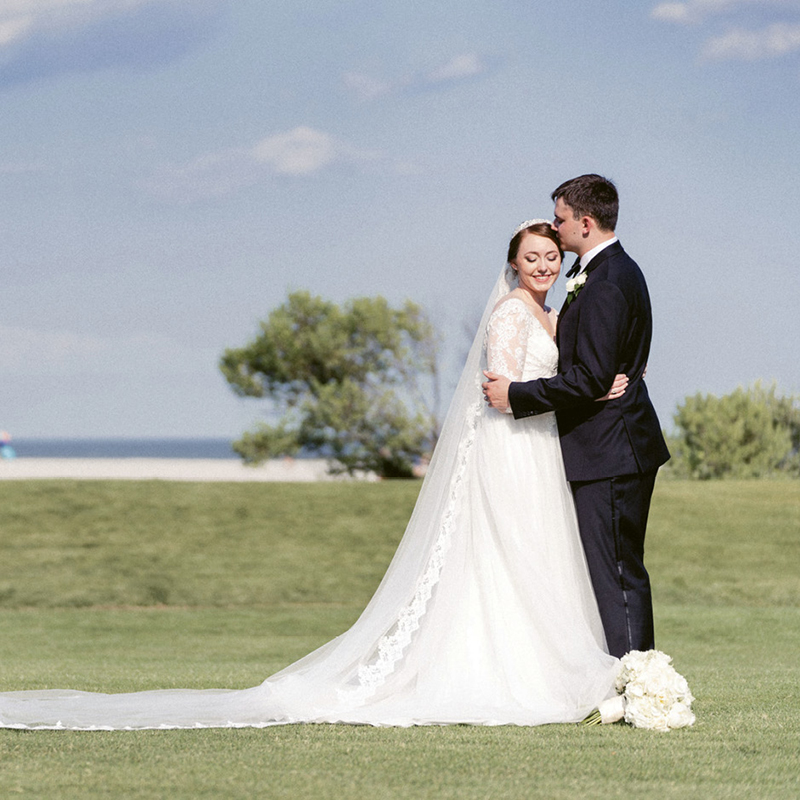 Sydney and Samuel were high school sweethearts whose first date was to see the movie Twilight. They dated for eight years before getting married, through all of high school and long distance through college. Samuel knew that Sydney loved Colonial Williamsburg, which was right near his college, William & Mary. He proposed in the garden at the Governor’s Mansion, followed by a stay in one of the old Colonial houses—fireplace and all! The ceremony was held at Trinity Episcopal Church, where the pair had attended when they lived in Myrtle Beach before college. This was followed by a reception at the Dunes Golf & Beach Club, which was perfect since it had stunning ocean views without having the endure the sweltering June heat. The couple wanted their big day to be elegant, yet relaxed. Their invitations featured a fun mix of burgundy, blush and gold, a color scheme they incorporated throughout the decor. Sydney and Samuel live in Washington, D.C.