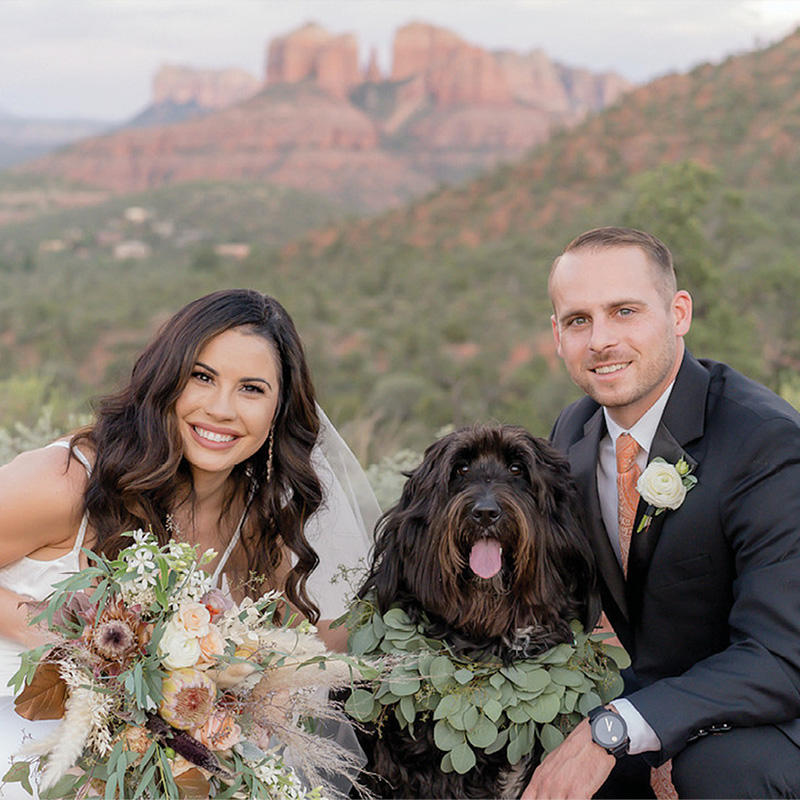 Trey and Sophia met in high school. They dated for a few months, but decided they were better off as friends. They continued to stay in touch and see one another on and off through college and even after. They eventually decided to give things another shot and have been inseparable since. Trey proposed in Arizona, when the pair was sent there by his company to see if it would be a good fit for Trey to open and run a new office in Phoenix. When they stopped to take some pictures at a lookout point and admire the beautiful scenery, he asked Sophia to marry him. The pair relocated to Arizona from North Carolina just a few months later. While planning their wedding amid COVID-19, they decided to elope to the beautiful Red Rocks of Sedona. The theme featured a desert vibe with golds, blush pinks, nudes, lavender purples and lots of greenery. The pair’s Bernedoodle, Nova, wore a eucalyptus necklace. No decor was needed with the stunning views, but Sophia did incorporate a faux cow print rug for photos. Both of their mothers were able to attend the special day.