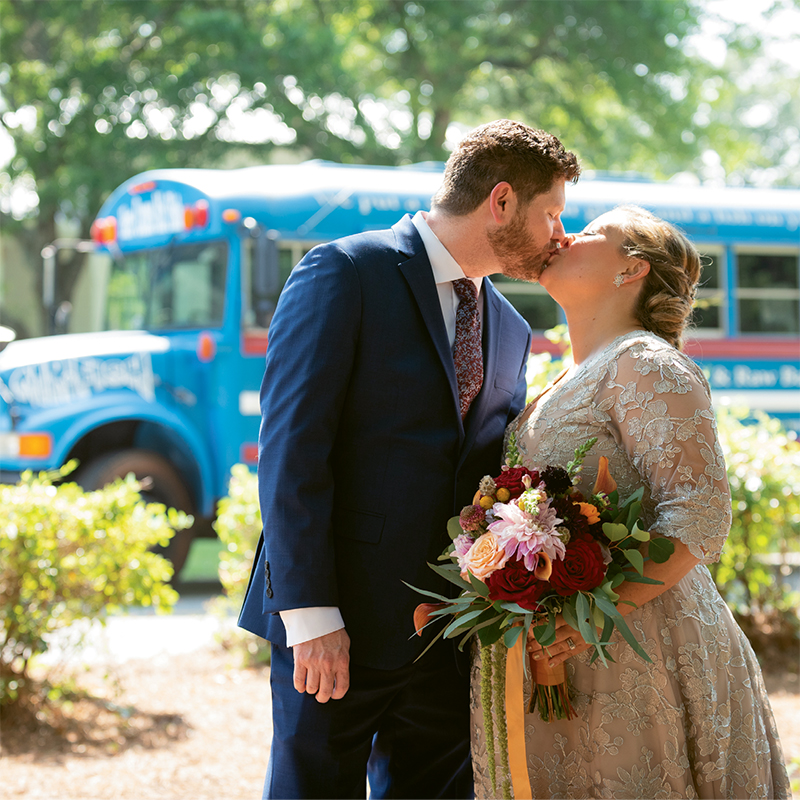 Sheina and Sean met in 2014 through the Dancing with the Horry County Stars fundraiser. After five years together, the pair both knew marriage was in the cards. When Sheina was almost nine months pregnant with the couple’s son, Sean made her an egg sandwich and presented it to her with his late mother’s ring on top of it. The ceremony was held at Temple Emanu-El, the temple the bride grew up in. Sheina wore a custom-made dress by Charlotte Jones created from fabric the two picked out in the garment district in New York City. Sean wore a Ralph Lauren suit. The couple’s best friends stood by their sides, with Jason Cox holding the rings and Victoria Canty holding their son, Donovan. The colors for the day were navy blue, burgundy and gold with hanging flowers and centerpieces. The reception was held at Sheina’s restaurant, Mr. Fish, and was full of art and warmth. Guests dined on seafood delights like sushi, mussels and a whole fish station. The day was unique and personal, which made it even more wonderful.